As announced a few days ago, Marvel Snap will be receiving a new Token Shop feature in the upcoming patch. The update is meant to allow for acquiring unowned cards far easier. Since that article, some extra information has come to light, answering many of the lingering questions. Let's go over all of it!

What We Know So Far - Collector's Token System

Before we get into the new information, a recap of what we know so far: so that we're all on the same page. First up, Snap is adding two new Series of cards (what the community also refers to as "Pools"), which will have an effect on the in-game Shop. Series 4 cards are "Super Rare" cards that you can earn without having to own all the Series 3 cards, and Series 5 is 10x rarer than 4.

Going back to the shop, you'll be able to access it once you are at Collection Level (or CL) 500; that is after you've completed Series 2 and got your first two Series 3 cards, and before you swap to earning Collector's Caches. Once you get there, you'll be granted 3000 Tokens for the Token Shop. If you're already above CL 500, you'll receive a bonus from the devs, as such:

If you're close to those CLs, you might want to get a move on and upgrade your cards. You can always disable the auto-update and grind those Levels before getting the latest version of the game client.

The shop itself only shows 1 card that you do not own, and it rotates every 8 hours - so you better hope that last card you needed for your Wong deck isn't there while you sleep. If you don't have the necessary Tokens, you can Pin the card and the shop will stop rotating until you get it. The cards are priced as follows:

Remember that over time, some cards will be moved down from Series 5 to Series 4, and some cards will be moved from Series 4 to 3. It means that if you aren’t sure you want to spend the full Token price on a new Series 5 card, you can wait until it gets cheaper. How long might that take? The exact details are currently being figured out, but the developers have stated that their goal is for it to be "months, not years" before cards can become a part of an earlier Series.

How do you earn Tokens? You'll have a 25% chance of getting 100 Tokens from Collector's Caches/Reserves, and they're replacing Boosters. Something we missed is that, once you have all Series 3 cards, you'll have a chance to get 400 Tokens (more details in the following section), which should speed up your acquisition of cards.

You can find all of this information on Marvel Snap's official site.

First up, let's talk about the card rotation. As mentioned, you'll be offered a random card to purchase, but the rotation itself isn't 100% random. If you see a card and don't get it, you won't see it again until the shop went through all the unowned cards from that series. Also, a card doesn't count as "seen" unless you've logged in, so a card appearing in the shop while you were away will come back soon enough. If you unpin a card, it'll rotate when everything else refreshes (like daily missions).

They're not totally random - we rotate through each card in a series before showing a repeat from that series, so you'll eventually, be able to see the one you're looking for. And you can PIN it so if you can't afford it at the moment, you can make sure to get it later. 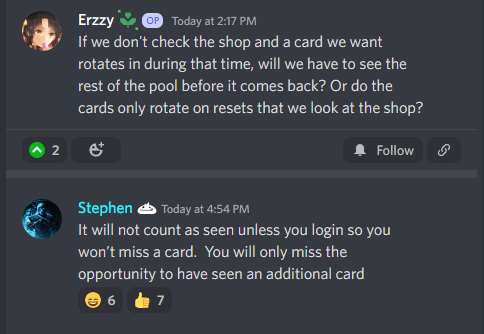 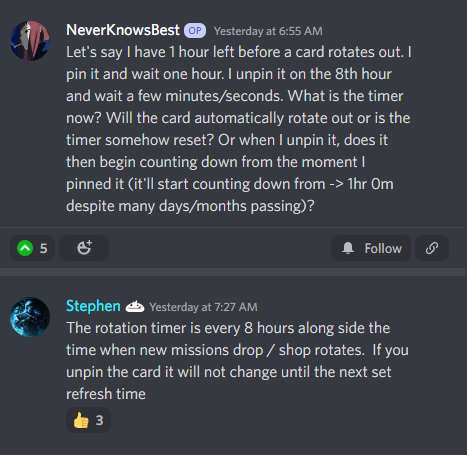 The chances you'll see a particular card vary by their Series, and the shop also includes so-called Ultimate Variants. Here's a breakdown of the odds to find each card:

If you own all Series 3 cards, its drop rate is spread amongst the other three. Here's the distribution:

What are Ultimate Variants? They're Variants of cards that are exclusive to the Token Shop, and will cost 5000 Tokens a piece. Here's how they look like: 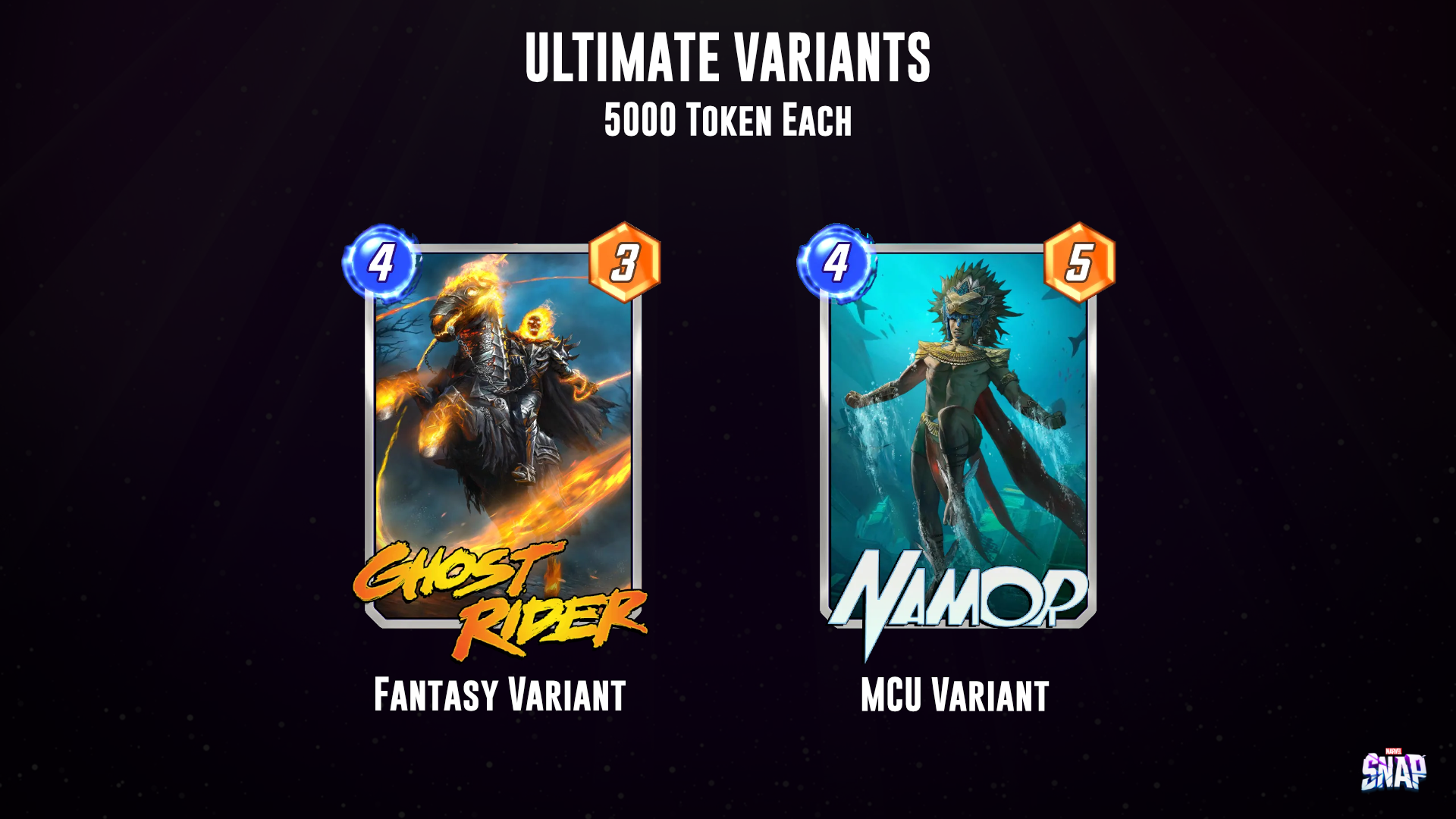 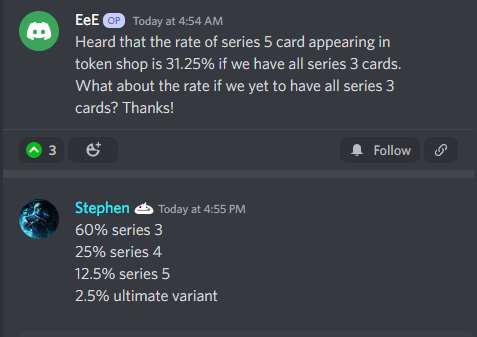 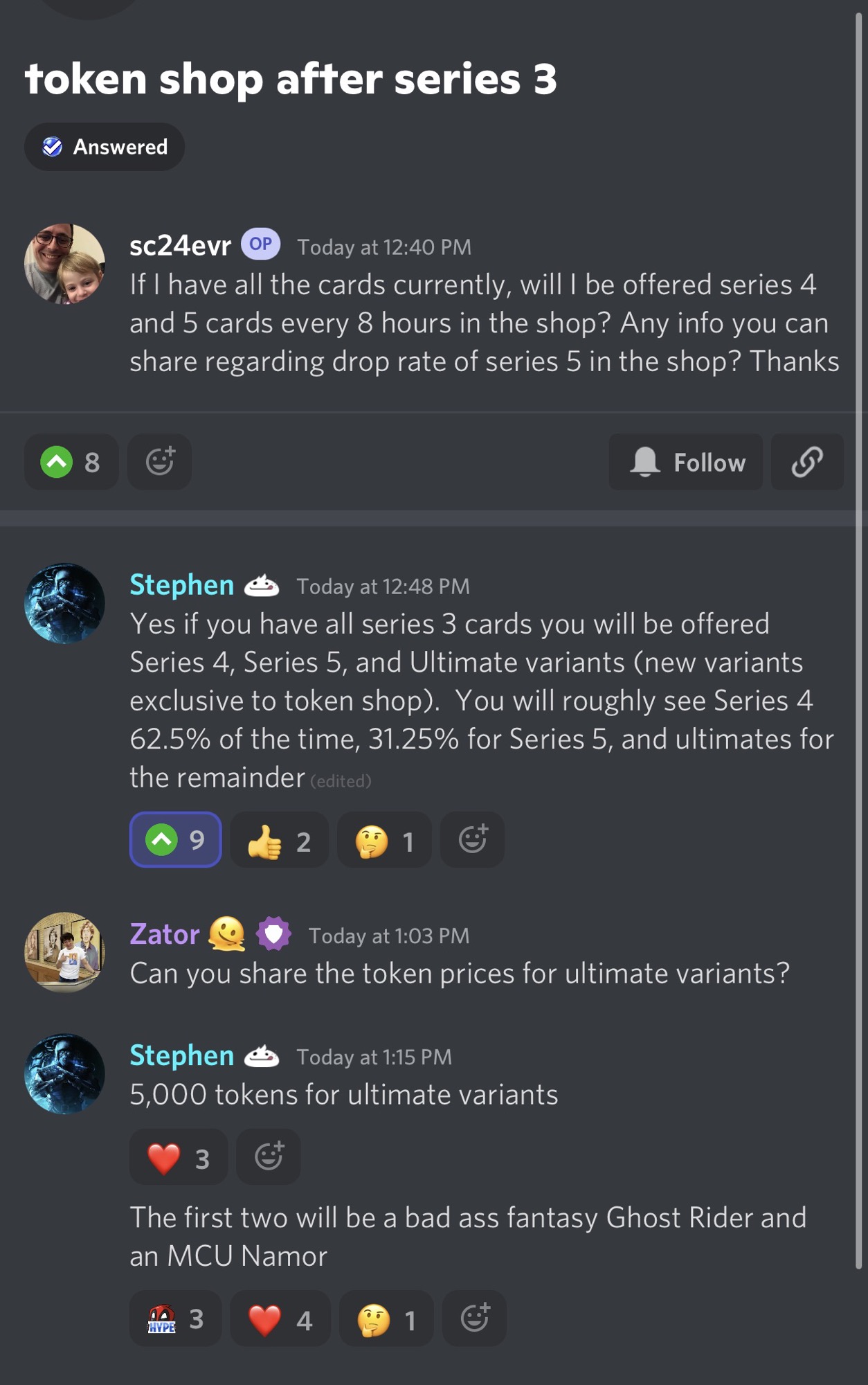 Of note is that Collector's Tokens will not be available in Season Passes (at least for the time being). This makes some sense, as the devs would have to make separate passes for players that are below 500 CL and those that are above. Or figure out some other way. 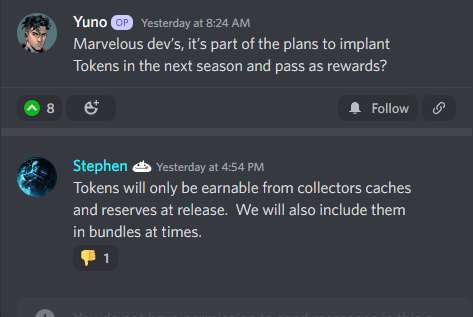 That's about it for the shop, but we also have some improvements regarding the way Collector's Reserves are being handled. For Series 3 players, Reserves are now split into groups of 4, where one will be a card, one a cosmetic, one with tokens, and one with gold/credits. This should reduce the existing pity timer from 9 to 7.

We also have the exact odds of getting a card in a Cache/Reserve (the linked Guide will be updated once the patch goes live). The overall odds for getting a card don't change (50% Caches, 25% Reserves), but you have a 2.5% chance at a Series 4 and a 0.25% at a series 5 for both of them. Once you've collected all Series 3 cards, their drops will be replaced by 400 Tokens.

The following quote provides an exact breakdown (mind that in the example below, the Cache doesn't add to 100%; we've asked the devs about it and will update the article with the proper number, but we also pretty much know from another reply that Collector's Tokens are meant to be set to 25% for both Caches and Reserves): 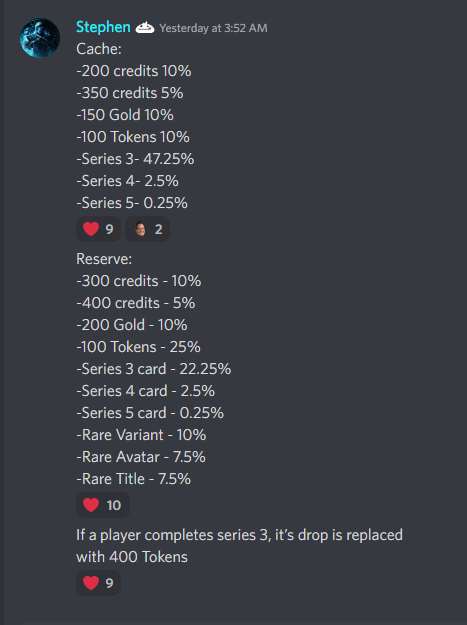 When to Expect the Next Patch?

Lastly, there is the matter of the release window for the new update. We don't have a concrete date, but the team is aiming for early next week. Emphasis on aiming, meaning that it might come later.

Lots of questions on patch timing - right now we are aiming for early next week!

A lot of players currently at Collection Level 900+ are crossing their fingers it's going to be later rather than sooner, just so they can reach that desirable milestone of 1000. Or pleading with the Second Dinner team to introduce the same sort of a bonus for reaching that goal as there is going to be for CL 500. One way or another, the patch will arrive before the current season of Warriors of Wakanda has a chance to wrap up.

As we've already pointed out above, you could always delay the patching process by disabling auto-updates (either on Steam or on your mobile storefront page for the game), and then earn an extra few days to work on advancing your CL - as long as you think you can get there. Eventually, the client will force you to update to the latest version if you wish to continue playing; so it's not possible to escape your fate for long. The collector token bonus happens on the first login once the patch has been applied. That's been all confirmed by the developers. 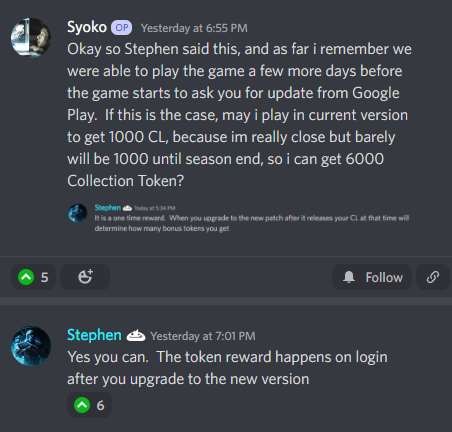 What do you think of the Token Shop and Collector's Tokens? Do the clarifications in this article make it more enticing? Let us know in the comments below!