The culmination of the March of the Lich King's reveal season is upon us, as all the new cards coming to Constructed Hearthstone are now known and only the special Duels announcement is left. In less than 24 hours the last scheduled reveal is going to take place on RegisKillbin's YouTube channel. Be sure to keep an eye on our schedule for the exact countdown. In anticipation for the upcoming additions to the mode, let's take a look at some potential new options, as well as a sneaky preview provided by Regis himself.

Unlike other game modes, a new class being introduced to Hearthstone has some direct implications for Duels. For the Class to become playable, a Death Knight Hero needs to join the ever-increasing roster of Duels Heroes, alongside 3 Hero Powers and 6 starting Treasures to choose from. This is a first in the history of Duels, as the only other newcomer Class, Demon Hunter, was already a thing for half a year by the time Duels was introduced as a game mode.

That raises some uncertainties: With the relatively slow pace of updates to Duels, would the new Hero be ready and playable at the launch of the expansion? Well, Regis couldn't contain all the hype until the reveal, as he shared a sneak peek of a "new Duels card": 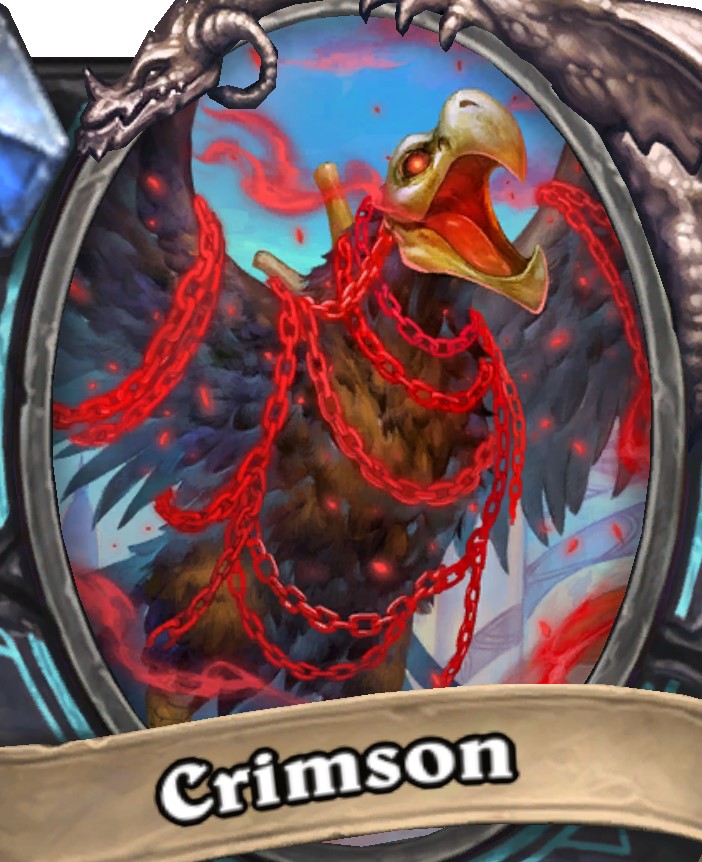 This new Duels card has a lot to say about Thanksgiving…

(Blizzard can't put me in jail for teasing this a little early if they're all on holiday break, right?)

What we can gleam, besides the sick artwork and a fitting name, is the border (or card frame, if you will). Or rather, the color of the border, to be even more specific. The black & light-blue pattern very likely confirms that we will indeed get Death Knight representation for Duels. The fact that "Crimson" is a Class card created specifically for Duels should mean that it's one of the 6 starting Treasures the mystery Death Knight Hero will have at their disposal.

Meanwhile, we do hope that Regis can escape the clutches of the gruesome Blizzard Jail. At least until the reveal video gets uploaded.

Beyond this piece of vital evidence we've been given, there's more room for speculations. The 10 Heroes that laid the baseline for the initial release of Duels all have a Hero Power that expands on the Class' standard Hero Power. The Hunter Hero Professor Slate has Survival Training, for a Mage like Mozaki it's Wyrm Bolt, and so on.

That begs the question about how this will translate for Death Knight's Ghoul Charge. A previous insight from the devs noted how the upgrade performed by cards like Justicar Trueheart or Baku the Mooneater was decided to Summon a 2/1 Ghoul, as two 1/1 Ghouls were deemed to be "mega-bustado". With those two options out of the picture, we might see something more transformative, possibly even changing the Mana cost, or an additional effect tied to Death Knight's Corpse mechanic.

A Common Theme for Past Duels Reveals

Following the pattern of the Sunken City, as well as the Castle Nathria reveals for Duels, thematic Passives are something that could be expected to return for March of the Lich King. The new Undead tribe is likely to receive a Passive Treasure that caters to their playstyle (and hopefully is more meaningful than the current Naga one). 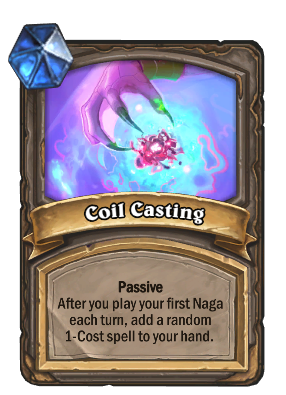 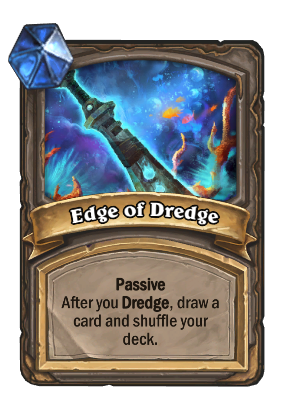 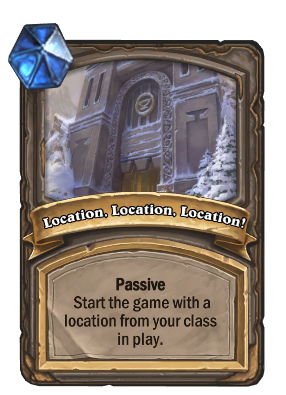 Other new mechanics, such as Dredge and Locations also got a Passive to promote them, which leads us to believe that something along those lines might also be in the cards for Manathirst. Although Infuse was left out of that rule, so nothing can be stated for certain in this particular case. Perhaps the new function of Dual-Tribes for Minions can be utilized for a synergistic Passive instead.

More Than One New Hero?

So far, the pool of Heroes to choose from has been steadily increasing. Especially thanks to the 4 members of the League of Explorers that were added around the time of Voyage to the Sunken City, a wide variety of Heroes can be played. Continuing the theme of Solo-Mode Heroes that make their way into Duels, the implementation of Shaw and Tess from the Monster Hunt was already alluded to, thanks to their associated Achievements temporarily showing up ahead of time. 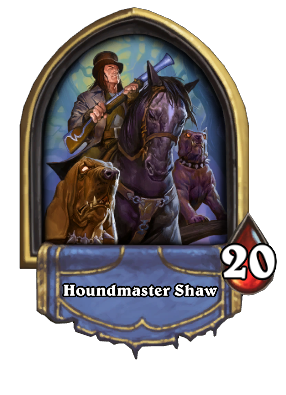 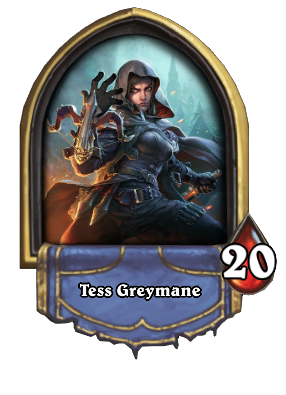 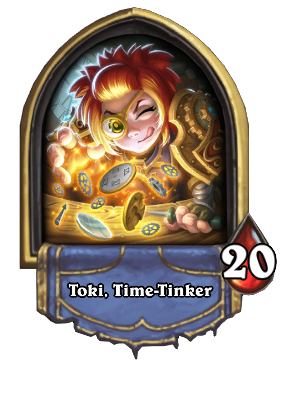 Even though adding pre-existing Heroes to Duels (with some tweaks) might be easier than creating new ones from scratch, it's just as likely that Shaw, Tess, and Toki will be held off for a while longer, in order to space out new releases throughout following expansions. A deciding factor for that will likely be how much change is already planned for the current state and meta of Duels besides the new Hero and cards.

In theory, the new expansion pre-patch should also mean a brand new Duels season where current ratings are reset, ongoing runs get retired and compensated, while all upcoming March of the Lich King cards become available in Buckets a week before deckbuilding joins in. There might also be yet another set "permanently" added onto the existing ones - the current addition of Knights of the Frozen Throne is technically on borrowed time as a temporary Core Set inclusion. But we wouldn't be surprised if it's been made to stay.

That is, unless developers have decided on something else - such as an actual set rotation and/or Duels becoming Arena-esque: in that the new season overlaps with the expansion launch rather than the standard pre-patch a week before. The patch notes have already been confirmed for Monday, November 28, and the upcoming reveal might tell us something more as well. In any case, if you wish to follow the "better safe than sorry" route - make sure you have a Heroic Duels run in progress and have played up to 2 losses if time allows. With the rewards and a potential free Tavern Ticket on the line. 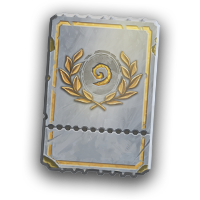 You might've noticed that the in-game Duels 'homepage' currently tries to tell us something else, but it wouldn't be the first time when it's been found lacking. Due to Blizzard's patching process and the inability to update the timer on the fly, this particular 'countdown' has been proven wrong more times than it has been right over the past couple of years. 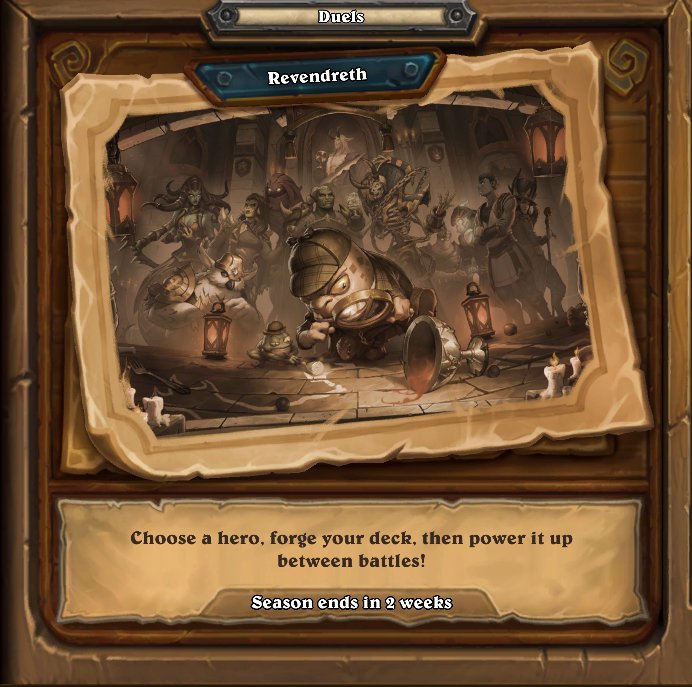 Some detective. Better not take Murloc Holmes' word on that one.

What's your bet for the upcoming Duels reveal? Any particular wishes? Share your ideas for a dream-reveal in the comments below!