The early teaser might've given us a hint as to what was coming to Hearthstone Duels with the newest expansion, but we weren't exactly expecting 2 new playable Heroes for the Death Knight class! March of the Lich King continues down the route of doing everything in a bigger than usual fashion.

RegisKillbin has revealed these upcoming additions - and a lot more - in his previously scheduled YouTube video. Let's go over everything that awaits us in the very near future!

Before we delve deeper, one important note: Regis clarified that Death Knight(-s) in Duels is also supposed to respect the limitations of the Rune System while deckbuilding. It's currently unknown how much that's going to translate towards the available cards offered in Buckets between the games. Since you can already Discover any and all Rune-specific cards regardless of your initial composition, this could go either way.

Two Death Knights is a curious number, anyway, considering we are going to have three Rune types at our disposal: Frost, Unholy, and Blood. The Corpses mechanic is also very much present and woven into several of the new Hero Powers and Signature Treasures.

This one certainly likes their weapons. Here with the featured Hero Powers: 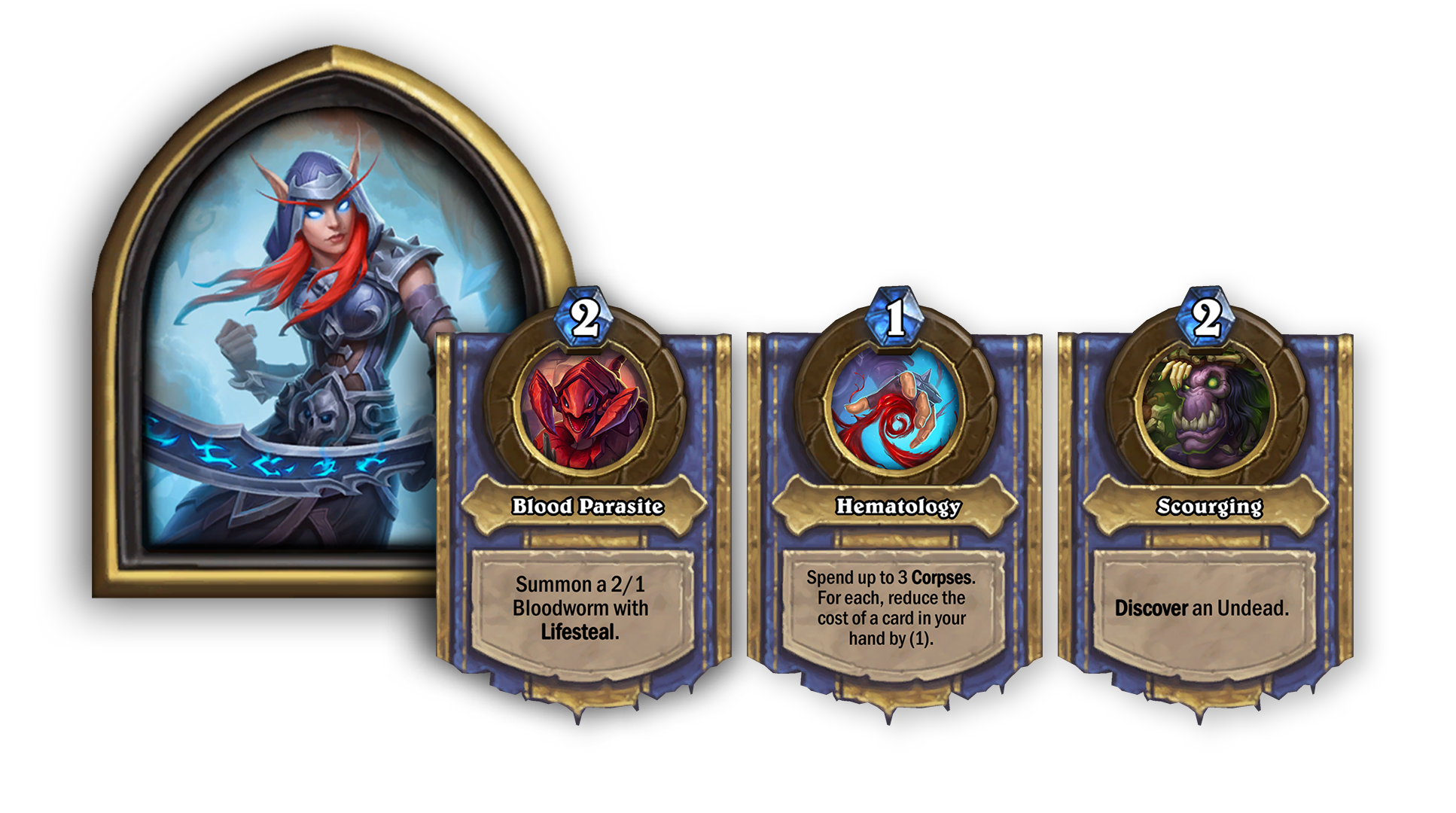 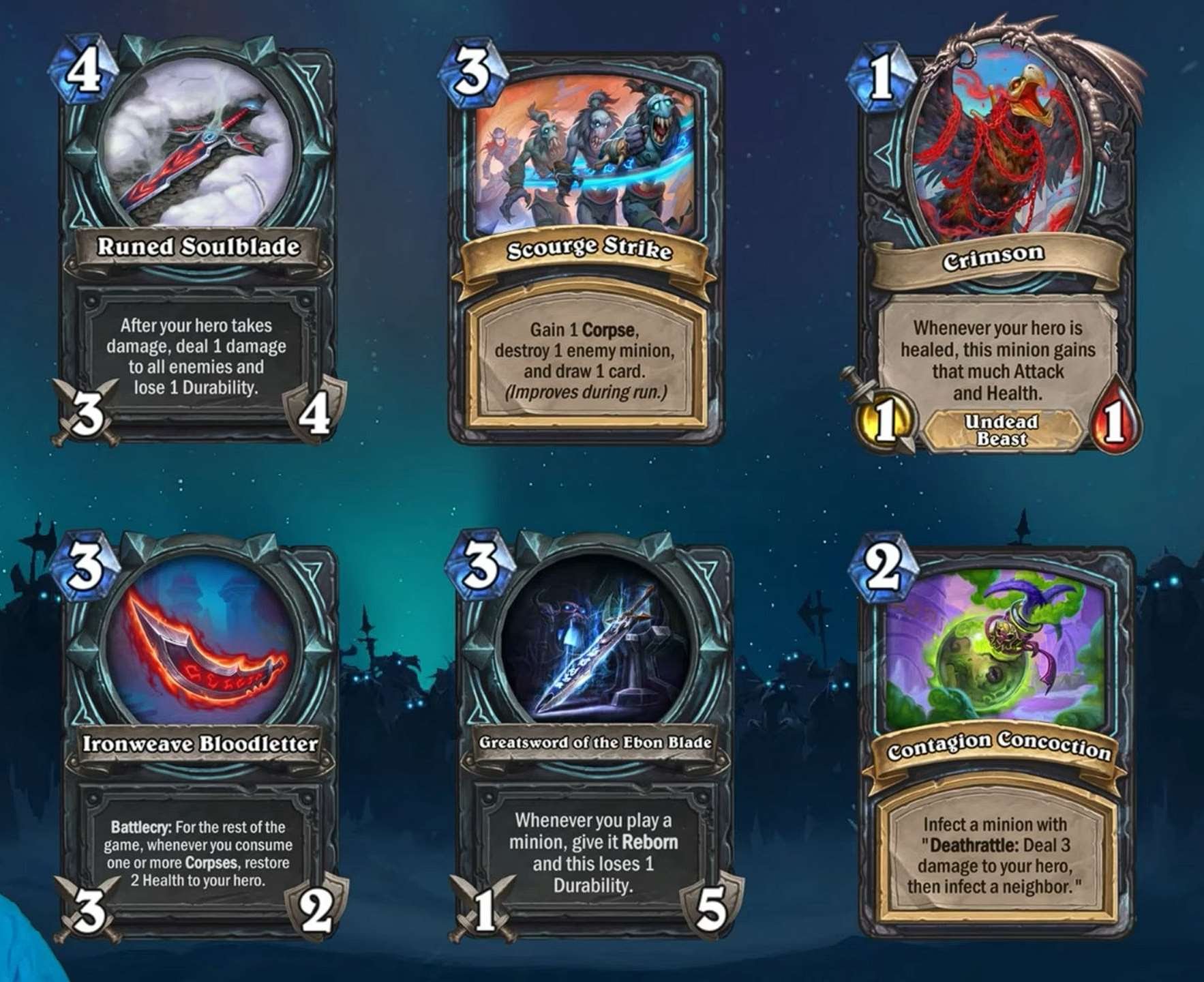 As for the second contender, somebody likes their Undead pets. Here with the featured Hero Powers: 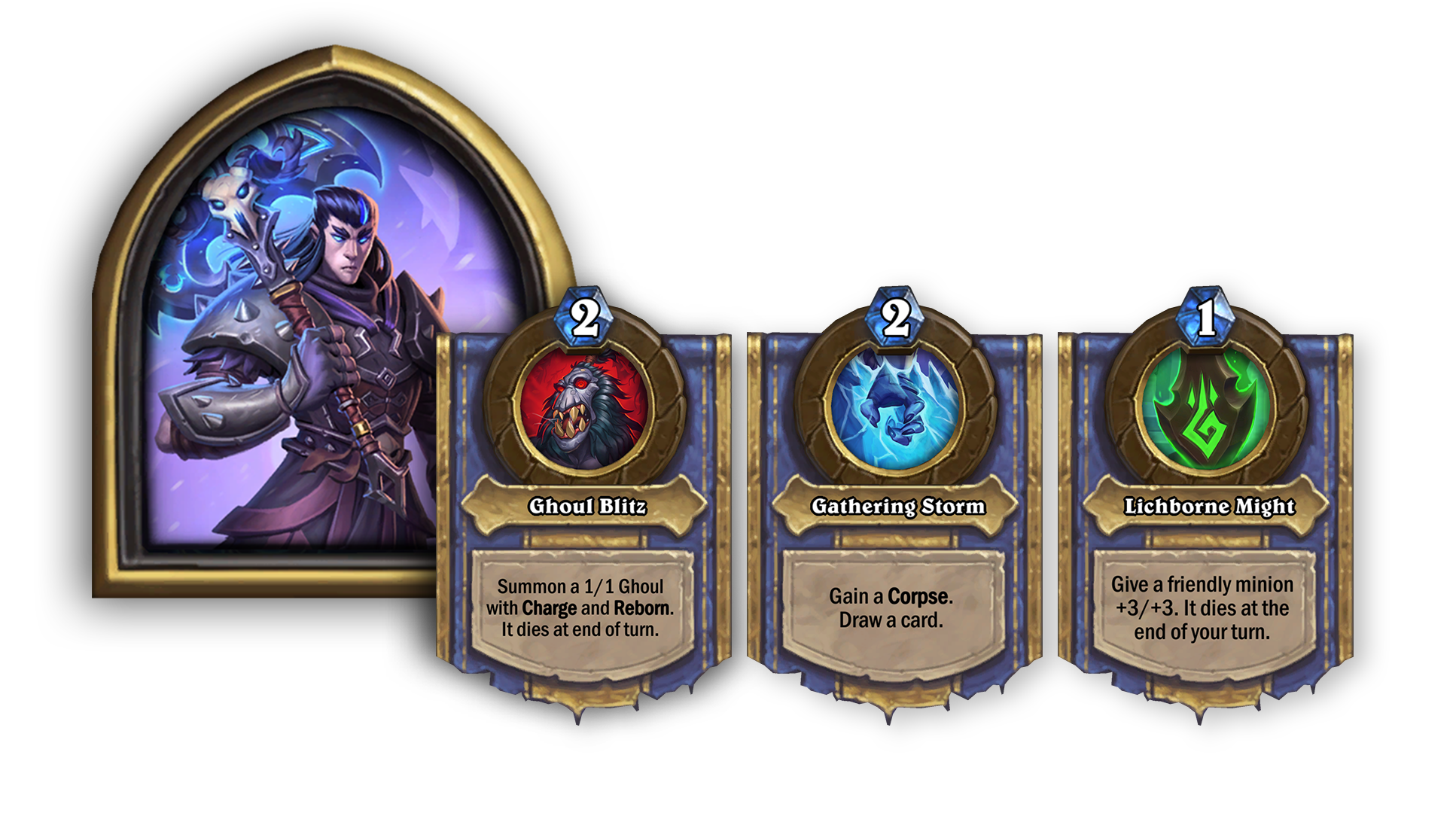 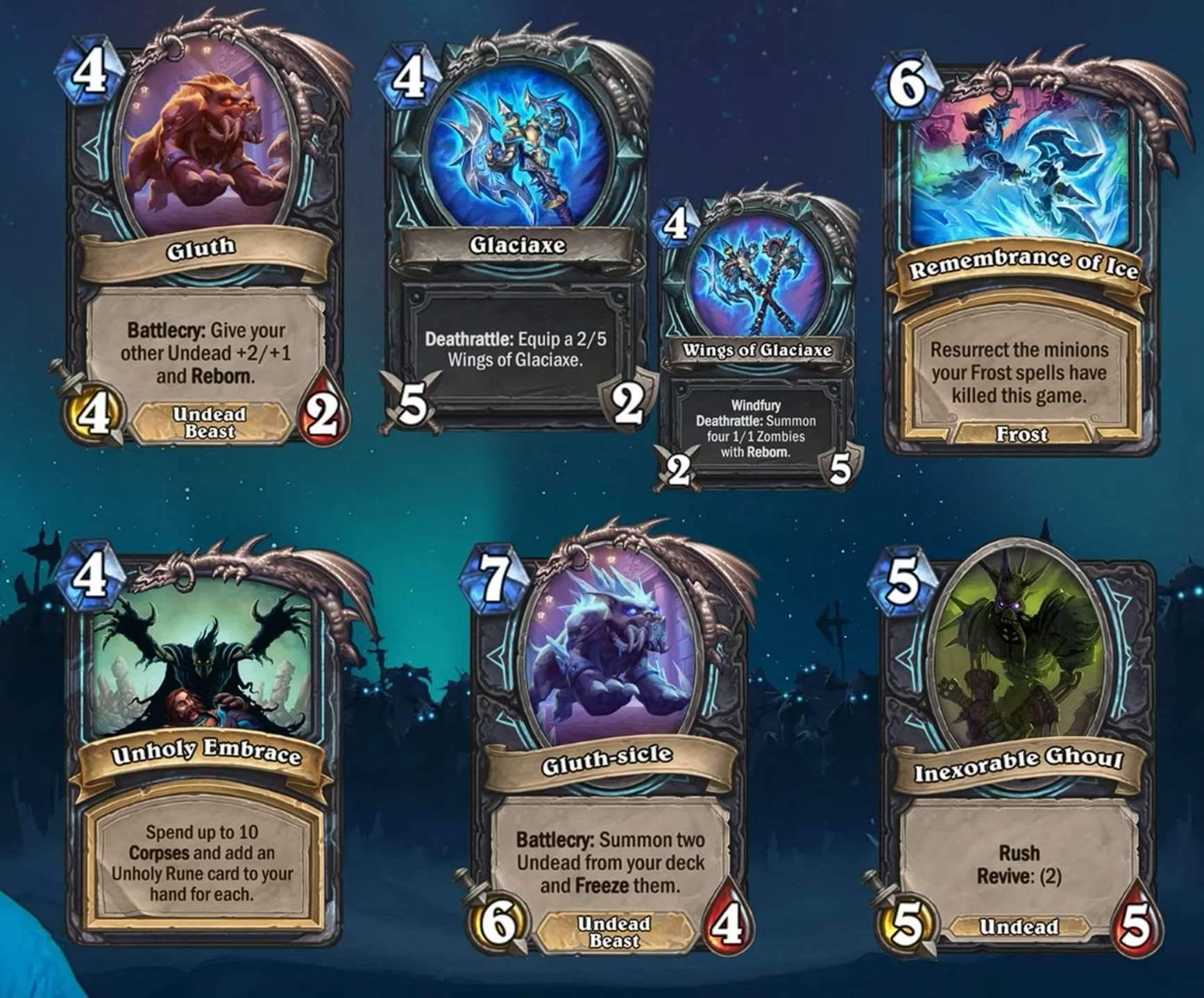 No Rune restrictions here either.

An extra handful of more or less overpowered options to reinforce your deck with.

The Corpses synergy is strong here:

Might be just one, but the creature's got style! 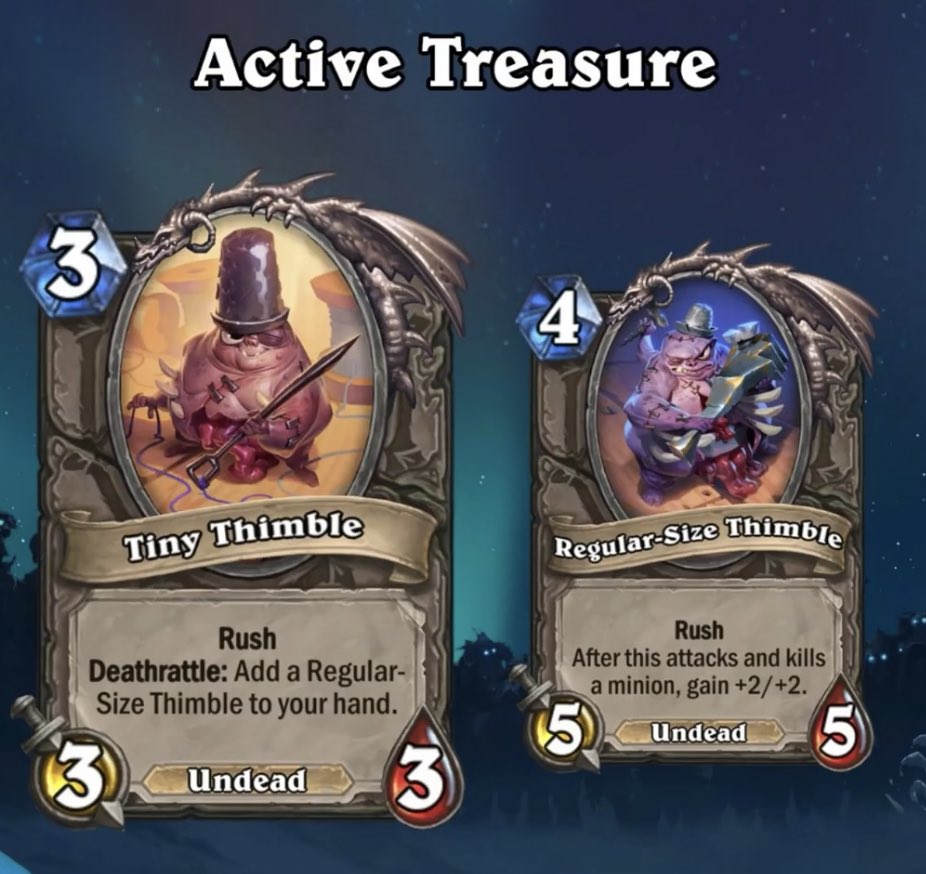 Regis has also mentioned that Team 5's developers told him there is a "big" update coming to the Bucket System in Duels. That's been on many people's wish list, and it sounds like a bigger shakeup as to how the entire thing works might be in the cards. However, we do not know the exact details yet - that will have to wait for the patch notes, which are already scheduled for Monday, Novemeber 28. Stay tuned! We'll share more on the topic as soon as we learn about it.

That's when we're going to find out for certain what exactly becomes playable with the patch itself, and what might have to wait for March of the Lich King's launch day on December 6. We're also expecting a confirmation as to whether the ongoing Duels runs will get retired on Tuesday with Patch 25.0.

What do you think? Happy to get some of Death Knights' overwhelming undeath power within Hearthstone Duels?