Very little has been announced for Hearthstone Mercenaries with the upcoming patch, as we've just had the big Task System Rework and the addition of Renown recently. But Chromie will be around to more than make up for it! There are some pretty unique time (or rather turn/speed) related mechanics, as one might expect. And yes, it's not very Death Knight-y or particularly thematic given what's coming.

Just... don't expect anything immediately: the Mercenary will only become claimable with the newest Rewards Track (which sounds like a free addition), and that won't happen before March of the Lich King launches on December 6.

Patch 25.0 itself is scheduled to hit the live servers on Tuesday, November 29. Most likely around 10 AM Pacific. The only thing available then will be Rattlegore as a craftable character (also to be found in Mercenaries packs, etc.). Whether one or more of the existing Bounties will be repurposed to drop its coins, that hasn't been specified.

Speaking of Rattlegore, there is no word yet on the specific compensation or resolution to that ongoing problem (as in, the special limited-time event ending sooner than we were led to believe). But something was promised and we'll let you know as soon as we learn just what that is!

Blizzard no longer bothers with providing us the images for abilities and equipment in their blogs or side materials, unfortunately. And we won't know how they might look like until Chromie is patched into the game.

Oh look, they've finally fixed the evil bug introduced with Patch 24.6 nearly a month ago. Too bad I've 'only' lasted over two weeks before ultimately caving in and retiring my broken Heroic run. But perhaps it could still help that one person out there who's been holding out for nearly a month.

On another note, that speed bug fix is pretty damn important for any dedicated PvE players. Might've had a bit of an uphill climb in certain Bounty fights. 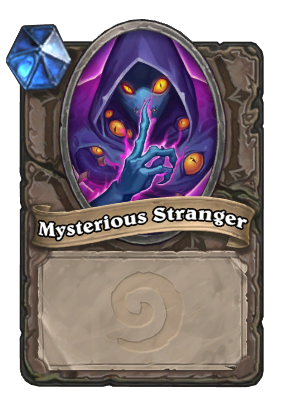 Will that be the final recorded mention of Mysterious Stranger? You served well.

A decent little something, or were you hoping for a more notable addition?