Well, this is certainly a surprise! We were expecting to get the announcement for a new Selection Pack today, and instead we got a Secret Pack. While those have been in the game since Master Duel launched, this is the first new one added, despite the fact that we've consistently gotten new cards. Hopefully, this new method of adding cards to the game is here to stay.

You can learn more about Secret Packs in our dedicated guide. Unlike regular Secret Packs, Alba Abyss won't require you to unlock it for the first 26 days.

Before we get into the new pack, we should mention that Cosmic Ocean, the Selection Pack focused on WATER Monsters, will be leaving the shop in about a week, so this is your last chance to get it! 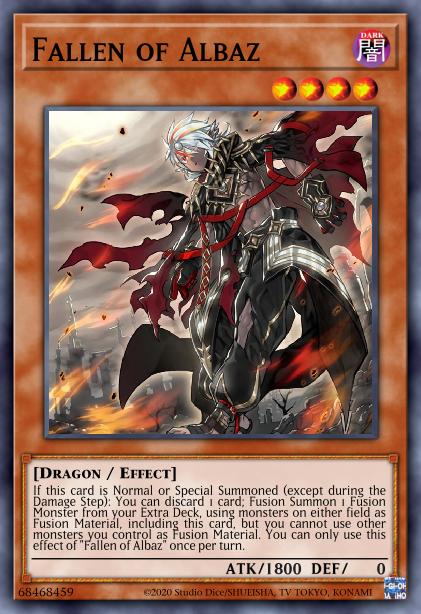 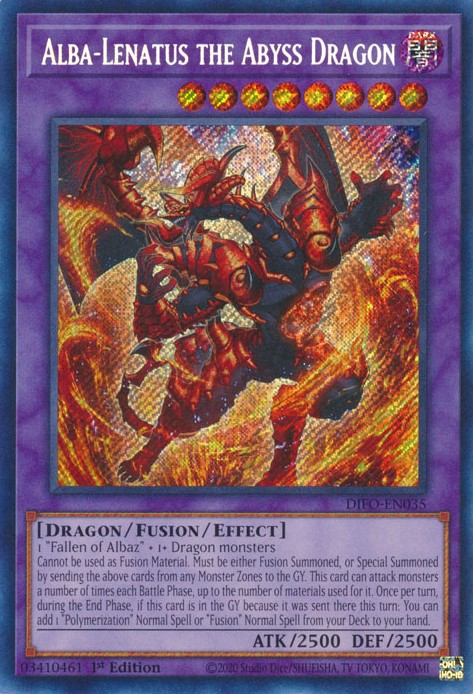 The Albaz Archetype was actually introduced into the game via The Newborn Dragon Selection Pack (which, sadly, isn't purchasable anymore). This deck focuses on bringing out Fusion Monsters that have Fallen of Albaz as a material, and all those Monsters were introduced with this pack. Oddly enough, Fallen of Albaz, the centerpiece of the whole thing, was already in the game when this Pack released, and wasn't even in the pack.

Thankfully, Albaz is included in this Secret Pack, along with all the Fusion Dragons, most of which weren't in the Selection Pack. It also includes a lot of Branded Spells and Traps, as well as a few Tri-Brigade and Dogmatika cards, all of which support Albaz. Only 7 of the 40 cards included are new, and only 3 of these are SR or higher.

A new Secret Pack is available with cards related to "Fallen of Albaz"! New cards like "Alba-Lenatus the Abyss Dragon" are also included. Be sure to check them out!

Also, for a limited time until Dec 26 05:59, the Secret Pack will be available for purchase at all times. Don't miss out!

*After the period, like other Secret Packs, these cards will appear through Card Packs or by Generating cards.

The Fallen of Albaz transforms into various dragons. His appearance as a Fusion Monster is the culmination of his past experiences. His journey into the abyss has only just begun.

*Cards newly included in Secret Packs will also be available from Master Packs.

For more information, check the Shop.

What do you think of this Secret Pack? Do you like this way of getting new cards, or do you prefer Selection Packs? Let us know in the comments below!