MARVEL SNAP's newest featured location, Throne Room, has inspired an assortment of strategies so far, and there's still plenty of time to take advantage of its increased appearance. With that in mind, we've put together a list of decks that can take over the Throne Room* for players in every level of Collection: from the very beginners to those near the end of Series 3.

*Doctors recommend that you do not spend more than ten minutes on the Throne. 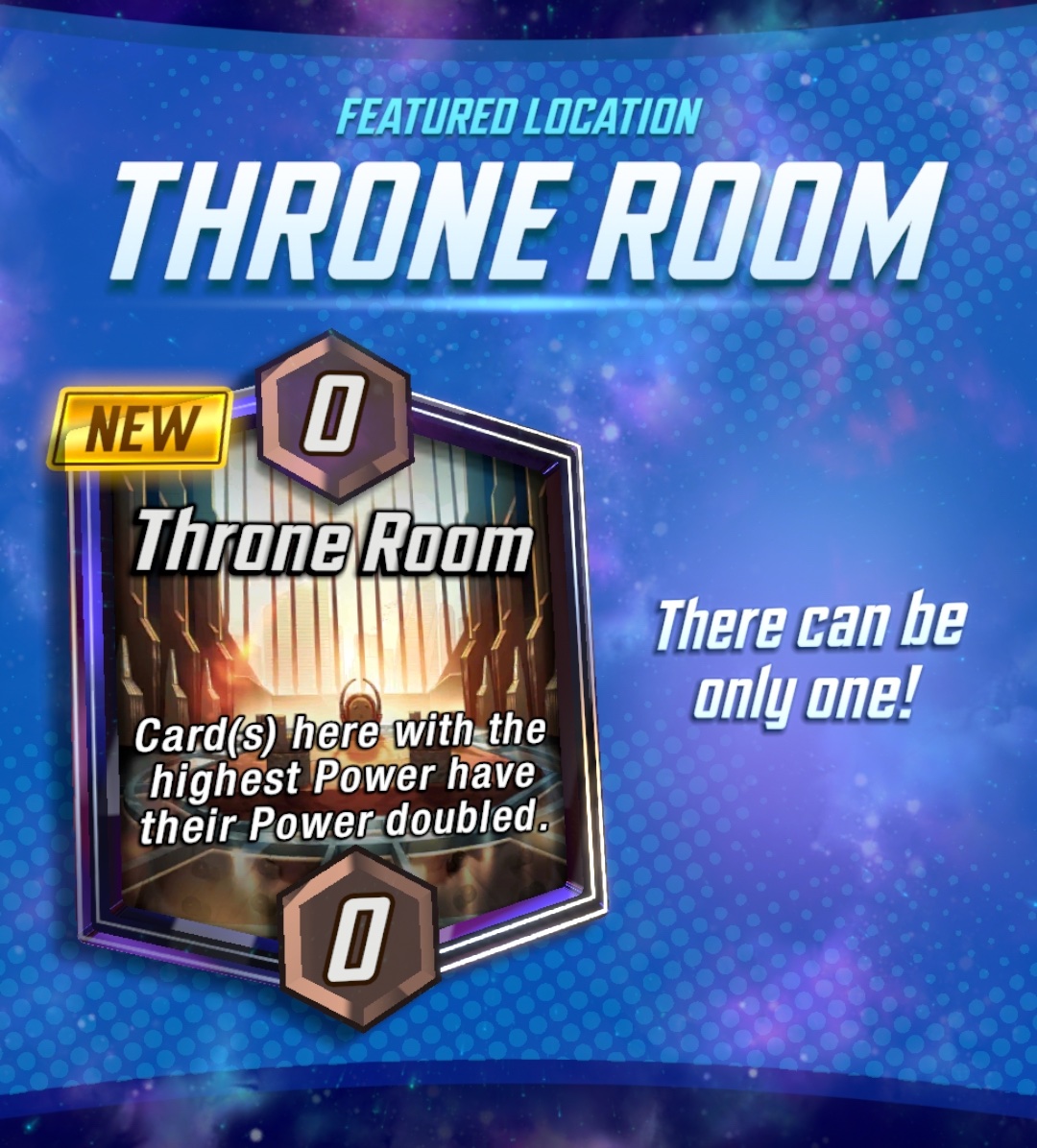 As a featured Location, Throne Room will have a 40% chance to appear for 48 hours, from 7 PM PT Tuesday night to 7 PM PT Thursday night (2 AM UTC Wednesday to 2 AM UTC Friday) - that gives us just enough time to try out these decks that want to see it more often.

This Series 1 deck uses the power of the Devil Dinosaur to top just about any other card your opponent might try to advance to the Throne Room. Our back-up options, Gamora and Jessica Jones, don't quite have the Dino's ceiling but are more than capable of tearing down the patriarchal monarchy.

SNAP streamer TeddyNinja brewed up this deck that uses Devil Dinosaur in combination with some Destroy synergies to conquer the kingdom. Shang-Chi makes his first appearance as one of the better ways to keep your opponent off the Throne.

If you're really looking to control the Throne Room, this Series 2 deck (with special guest star Black Panther) runs a number of ways to disrupt your opponent's political maneuverings. Enchantress is another answer for decks running the Devil Dino, while Storm can wash away the Throne Room's effect. Top-end Odin can recur the On Reveal of Black Panther or White Tiger.

SNAP streamer TLSG came up with this Zero-based list that packs a ton of big bodies that can all take their rightful place as King, if given the opportunity. Zero and Enchantress can help by cancelling out the downsides of Typhoid Mary and Red Skull, or the deck can use Venom and Taskmaster to use their Power without the drawback.

This Ramp deck uses control cards like Shang-Chi and the prescience of Daredevil to undo its opponent's machinations. The Ramp of Electro lets it get to its bigger bodies faster, most of which are capable of dominating the Throne Room. Especially Destroyer - trust us, you do not want to go in there when he's finished.

Having fun with the featured location? Let us know in the comments below!