Over the course of the reveal season for the upcoming March of the Lich King expansion, Hearthstone Game Designer Chadd "Celestalon" Nervig has kept sharing more dedicated insights regarding the new set - including Team 5's goals with certain classes and how the new cards work or actually came to be.

This new series - dubbed "Behind the Cards" and teased as a possibility a little while ago - was partially featured on the official Hearthstone Twitter, and might even become a staple going forward. Following that particular inspiration, in this article we've collected more of Celestalon's insights, this time on the Neutral cards coming from March of the Lich King, branching out to support each class' set. We expect even more of these "behind the scenes" thoughts to follow in the near future!

If you'd like to read even more of such Dev Insights, we've also created a new relevant content tag, which can be accessed by clicking the banner below - whenever we'll publish other articles like this one, they will appear there as well! Including some of our coverage from the past.

If It’s Undead, Is It Really “Invincible”?

Invincible is one of the very first few cards revealed for March of the Lich King expansion. As you might know, Invincible was Arthas' mighty steed, which didn't leave his owner's side even after him becoming The Lich King - talk about loyalty! 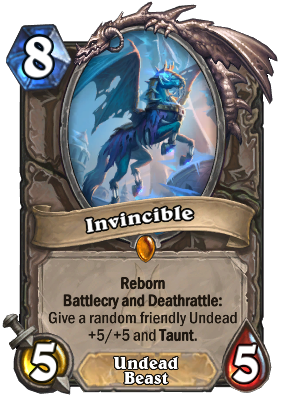 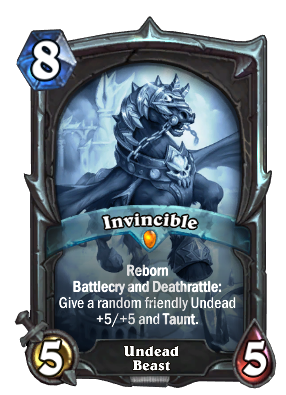 In case you'd like to take a look at every Signature card for March of the Lich King, make sure to check out our dedicated article!

Celestalon revealed that, during Invincible's design process, they took inspiration from another Undead horse that already appeared in Hearthstone: Knights of the Frozen Throne's Bonemare!

As a final note, Invincible will always need another friendly Undead on board for its Battlecry to take place: no self-buffs allowed!

We had to get Arthas’ steed involved here, and took heavy design inspiration from the last notorious undead horse that graced a Hearthstone card, Bonemare. #BehindTheCards

If this is the only Undead on board it will buff itself?

Even though balance plays out a big role, flavor is also a main coordinate when it comes to designing expansions. For example, Street Sweeper is a callback to the magical brooms that roam the streets of Silvermoon, keeping them clean. 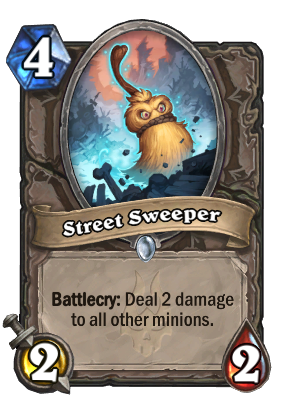 (1/2) When brainstorming flavor ideas for cards that represented Silvermoon City, the most memorable thing to me from whenever I visited there was the magical brooms sweeping the streets. Had to include them as a card. #BehindTheCards

(2/2) Then when Matt Dixon surprised us with the art for this by giving it a face, I just giggled so much.

Speaking of flavor, Team 5 is known for including puns, memes and whatnot in their content. Foul Egg is a clear example of this, as the summoned Undead Chicken is called Foul Fowl - quite the clever choice of words! 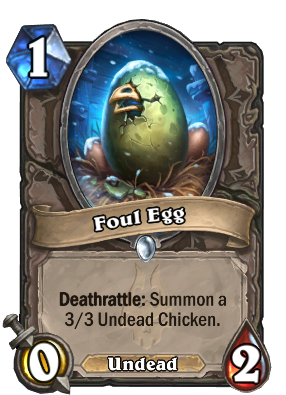 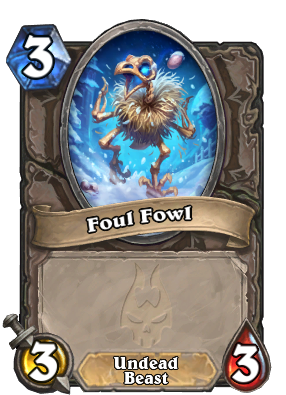 I just want to point out that the name of the Undead Chicken summoned by this card is “Foul Fowl”, and I think that’s just wonderful. #BehindTheCards

Just like classes, minion types have an identity too! When designing tribal units, Team 5 always has to keep in mind their implications with the type's flavor: for example, Mechs have strong Magnetic and Divine Shield synergy; Demons and Beasts can be summoned from the deck respectively by Demon Hunter and Hunter. Obviously, same goes for Murlocs, Pirates and... Undead. 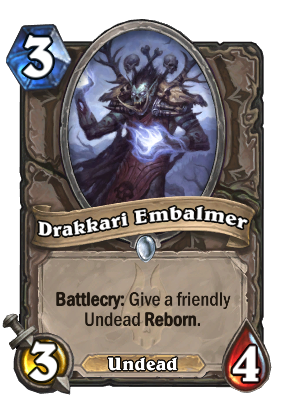 Celestalon revealed that, when designing Undead units, one of the main things Team 5 had to keep in mind is that minions belonging to this tribe have strong Reborn synergy, to the point where a single unit may get Reborn multiple times in the same game.

Drakkari Embalmer represents this philosophy, while also setting a precedent for future designs.

Just like with classes, minion types should have an identity; the sort of things they do, don’t do, etc. And a big part of that is controlling what sort of potential synergies there are for that minion type. #BehindTheCards

For Undead, we wanted to add the potential that any Undead could get Reborn. So we’ve created this card, and design all Undead with the understanding that it could get Reborn (potentially multiple times), and to make sure that doesn’t break anything.

Celestalon mentioned that Sanctum Spellbender's theme was initially meant to be part of Warrior's set; however, Team 5 concluded that it was too niche of a design and that it was better for it to appear as a one-of Neutral tech card. 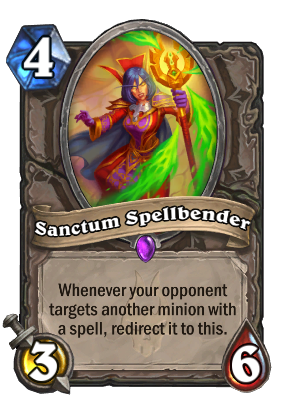 A trace of this initial design can still be found in Warrior's set: in the end, Asvedon, the Grandshield "reflects" the last spell your opponent played!

This effect was one we tried as a common theme for Spellbreakers in Warrior, but it proved to be too niche. Good for a one-off tech card, not so good to build a deck archetype around. #BehindTheCards

Did you appreciate these insights? Are you excited for the new expansion? Let us know in the comments below!