The Lich King takes over Hearthstone with his very own event! We have about 2 weeks to complete the special questline and unlock a selection of Signature Cards and other goodies as rewards. To make sure you don't miss out on any of it, we've prepared some fitting Death Knight decklists to tackle each step of the quest-chain. We also did some math about the overall progression, in case you're worried about running out of time. 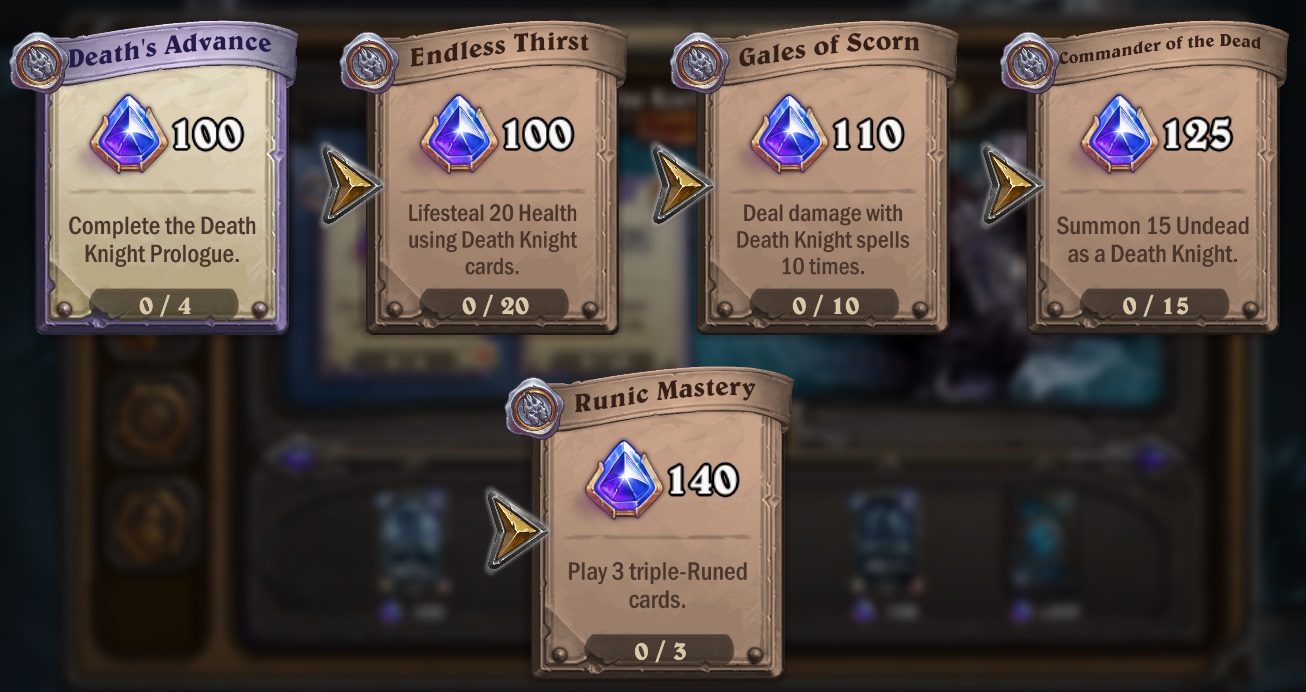 There are 5 main quests in total, and all of them require you to play as Death Knight, or to use the new Death Knight cards. In the same fashion as the previous event, the quests have to be done in a set order, and are additionally time gated. For more details on what the rewards look like, visit our dedicated article! Theoretically, none of the main quests have to be completed, but they are by far the fastest method of eXP gain (short for event Experience).

In regards to the following decklists, we created them with Standard Mode in mind, as Death Knights lack any Wild Class cards to take advantage of. Although every quest can be completed by only using the freely available Core Set cards, our decks also feature cards from Path of Arthas, March of the Lich King, as well as some past expansions for faster completion.

The quests can even be progressed in Casual Mode, so feel free to approach the tasks however you see fit. 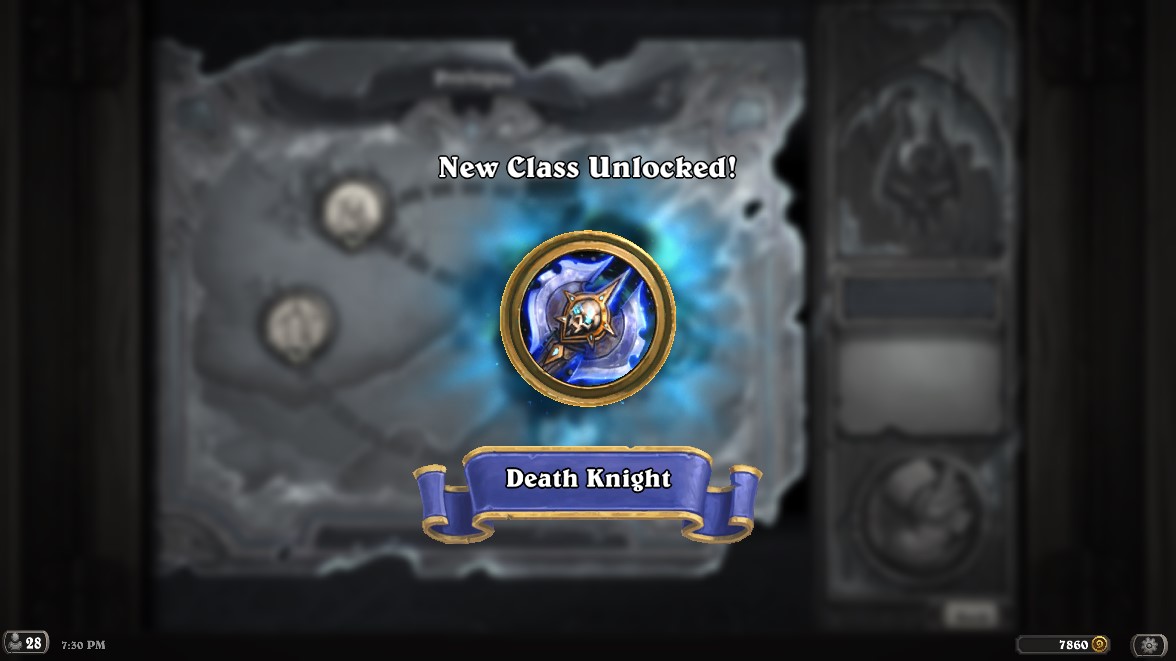 What better place to start with the Death Knight's journey than at the very start? Luckily, the entire Prologue is played with prebuilt decks that fit the story. No need to worry about the right card choices! In case you seek guidance on the 4 fights themselves, we covered them in our Prologue Guide. At the end of the ordeal you'll unlock the new Death Knight Class, alongside the Standard set of cards.

Moving on to the more conventional quests, we start things off with Lifesteal Death Knight. All 4 Lifesteal Death Knight cards are located in the Blood Rune part of the Class: Death Strike, Blood Boil, Corrupted Ashbringer, and Gnome Muncher. If the odds favor you, Hematurge can create additional copies of them. Luckily all of these require at most 2 Runes, allowing us to run some useful Frost-Rune cards as draw engine.

In order to gain Health, you'll first have to lose it. If your opponent isn't feeling like it, you can always speed up the process with the remaining Blood cards. Another useful aspect is the handbuff effect of Vicious Bloodworm, which has a decent likelihood of hitting your Gnome Muncher as a result of the deck's low minion count.

Frost Runes are the clear first choice on the topic of dealing damage. They're cheap enough to quickly pile up, and got enough cycle to keep on going: Just like heavy and persistent snowfall. To round things up, we almost went for rainbow-Runes (or tri-color?), but Unholy isn't fit for this type of weather. So instead of Plague Strike, the choice landed on its cousin, Frost Strike, and the rest of the Frost-Rune-family dedicated to cost reduction and card draw.

4: Commander of the Dead (Bug Intermezzo)

Update: It appears that this Quest is mistakenly only counting Undead minions played from hand. If you're also encountering this issue, use the alternative list below for faster progression. We're keeping the original 4th section, in case the bug is resolved at some point. Regardless, this revised decklist is simply filled with all the cheap Undead, so it works out for either version of the Quest.

4: Commander of the Dead

Just in time to redeem the Unholy, summoning Undead is their forte! As a refresher on game mechanics, a "summon" is a general term that applies to effects that mention summoning, but also when a minion is played from hand. Of course this deck doesn't mind either way, with some sort of token summon effect ready to go on every step of the curve.

In regards to finishers, the constant assault of Undead is topped off with Lord Marrowgar and The Scourge. Seeing how they are capable of almost clearing half the quest on their own, there shouldn't be much delay progressing this task.

Turns out we stick with the Unholy theme to the very end. Since every Rune type currently has a total of 5 triple-runed cards available, cost is the deciding factor. The trio of Plagued Grain, Grave Strength, and Lord Marrowgar is on average the cheapest to play out. Remaining slots have been filled up with some way to generate more copies of the sought after triple-runies, or get you closer to the ones already in your deck.

For what it's worth, this quest is one of the slowest* to complete, and could benefit the most from running Wild cards, like Wandmaker or Cobalt Spellkin. Or maybe you trust in your opponents to have a kind soul, and can achieve greatness all thanks to the one and only Lorewalker Cho pitching Plagued Grains back and forth.

*Slow, but realistically still done within one or two games.

How Long Does It Take To Complete the Event?

Crunching up the numbers for completing the questline, alongside the constant gain from regular gameplay, you'll probably be sitting at around 600 eXP. That leaves 400 eXP to gain until you can claim The Lich King Card Back. That might sound like a lot, but especially now that a fresh expansion, Class, and meta await, the extra games should come relatively easy. Even if you plan to just do your dailies and dip, it'll take you on average 9 days to do so. 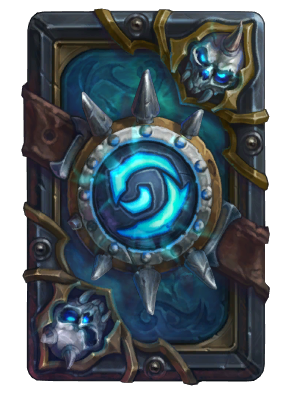 What do you think about The Lich King's Call compared to last month Hallow's End? Keen on getting your hands on The Lich King's personal card back? Share your thoughts - plus any other deck or quest completion advice - down in the comments!