Battlegrounds updates have arrived! We've got almost a week to enjoy the gamemode before Descent of Dragons hits next week, so let's see what has changed! 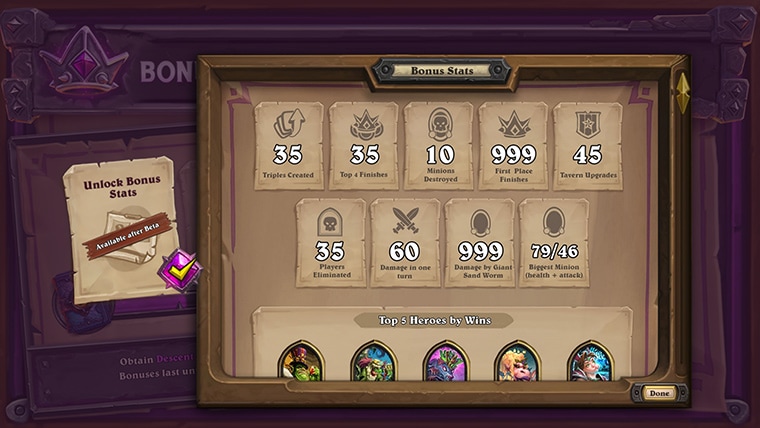 Advanced Stats are now live for players who own 10 or more Descent of Dragons Card Packs, which will retroactively include data from matches played since November 5. From the Battlegrounds lobby screen, advanced stats can be accessed by clicking “More”. We’ll be continuing to add more features and stats with future updates!

A Note on Performance:

With this update, players on low-end devices may experience degraded performance. We’re continuing our efforts to address this issue and optimize Hearthstone Battlegrounds – and we’ll have more to share soon.