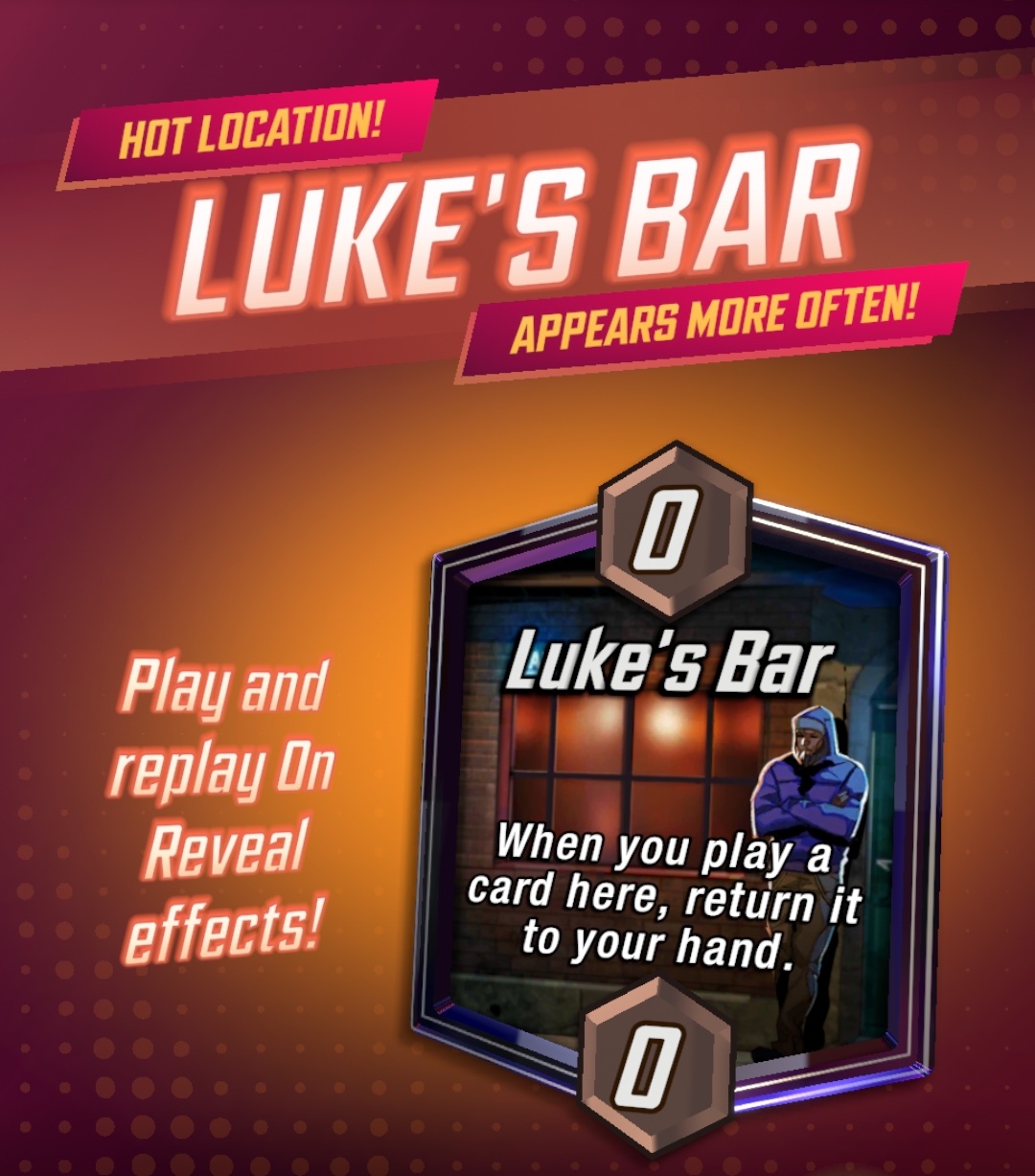 Luke's Bar is a tricky place to get into; it'll send back any cards you play there faster than an old man ordering soup at a diner. Luckily, this exclusion does not apply to cards that are summoned there, or cards that Move there. A good budget option for passing the bar is Nightcrawler, but don't overlook cards like Brood or Jubilee, who summon to Luke's Bar, then get bounced back to your hand to do it again.

However you choose to plan for the Hot Location, you'd better get used to it; being a Hot Location means that Luke's Bar will have a 60% chance to appear for 24 hours, from 7 PM PT Saturday night to 7 PM PT Sunday night (2 AM UTC Sunday to 2 AM UTC Monday). 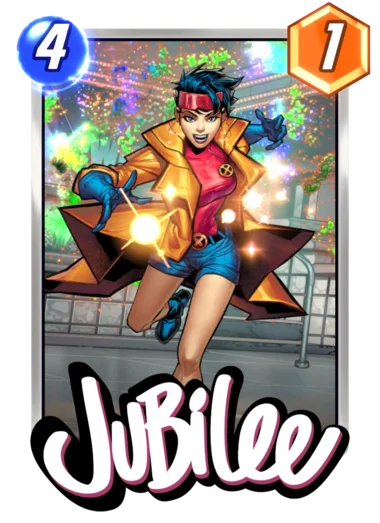 On Reveal: Play a card from your deck at this location. 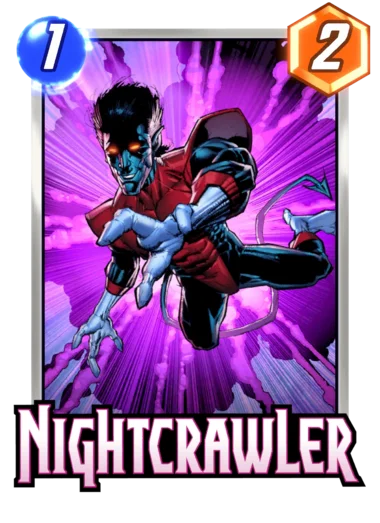 You can move this once.

If you're looking for ideas of what decks you can play to the Hot Location, we've got you covered: with recommended decks for players just starting out in Series 1, players still moving up through Series 2, and players who are starting to fill their collections with cards from Series 3, 4, and 5.

Our Series 1 deck this weekend is a Zoo deck that's most of what you expect it to be, but adds in a few key contributors who should shine with the Hot Location. Iron Fist will punch one of your other cards to the left, getting them past Luke's bouncer, while White Tiger provides a late game burst of power with a Tiger that can jump to Luke's Bar because, let's face it, no one's going to stop a Tiger from going into a bar.

Our Series 2 recommendation this weekend is Spectrum Ongoing. It has a number of ways to sneak Power to the Hot Location with Mister Fantastic and Klaw while The Punisher and Warpath benefit from the Bar's relative emptiness. We also have Professor X, who is the only card that can play to the Hot Location and not be sent packing.

Movement is undeniably attractive with a Hot Location that's so strict about who it lets in. Every card in this deck either moves itself, moves other cards, or benefits from when cards move. If Movement is as attractive to other players, Miles Morales will be a huge asset to have on your side, even if you're not the one doing the moving.

It is true that Luke's Bar sends back any card played there, but it does nothing to cards that are summoned there. With that in mind, this deck is packed with large bodies that can be summoned by Jubilee, or discarded and summoned later with Ghost Rider and Hela.

Ramp decks in MARVEL SNAP key off of one card: Electro - but the trick to Electro is that, while he's in play, you only get to play one massive card per turn. Thanks to Luke's Bar, you no longer have to play by those rules. Simply play Electro to Luke's Bar, let his On Reveal trigger, then watch as he's unceremoniously booted back to your hand. You can even repeat this, if necessary. With that done, you're free to use Arnim Zola to get a big Black Panther to Luke's Bar.

Have your own strategy for capitalizing on the Luke's Bar Hot Location? Make your deck using our MARVEL SNAP deckbuilder, then share them in the comments!