Good news everyone! After Hearthstone Esports was taken away to the dark corners of YouTube live for the past three years, they're coming back to Twitch!

Blizzard's move to YouTube which was a small part of a multi-year strategic relationship between them and Google, seemingly came to an end late last year when Call of Duty League ended up back on Twitch and brought in large numbers. Blizzard has now confirmed that for Hearthstone too with today's announcement, which hopefully will see an increase in viewership.

The World Championship for any game title should be a huge even with it being the primary talk of the community and if not larger numbers than ever, at least consistency. Hearthstone certainly kept it's consistency - consistency in dropping. As tracked by Esports Charts, 2022's world championship event didn't do very well compared to the events prior in the peak viewers metric. 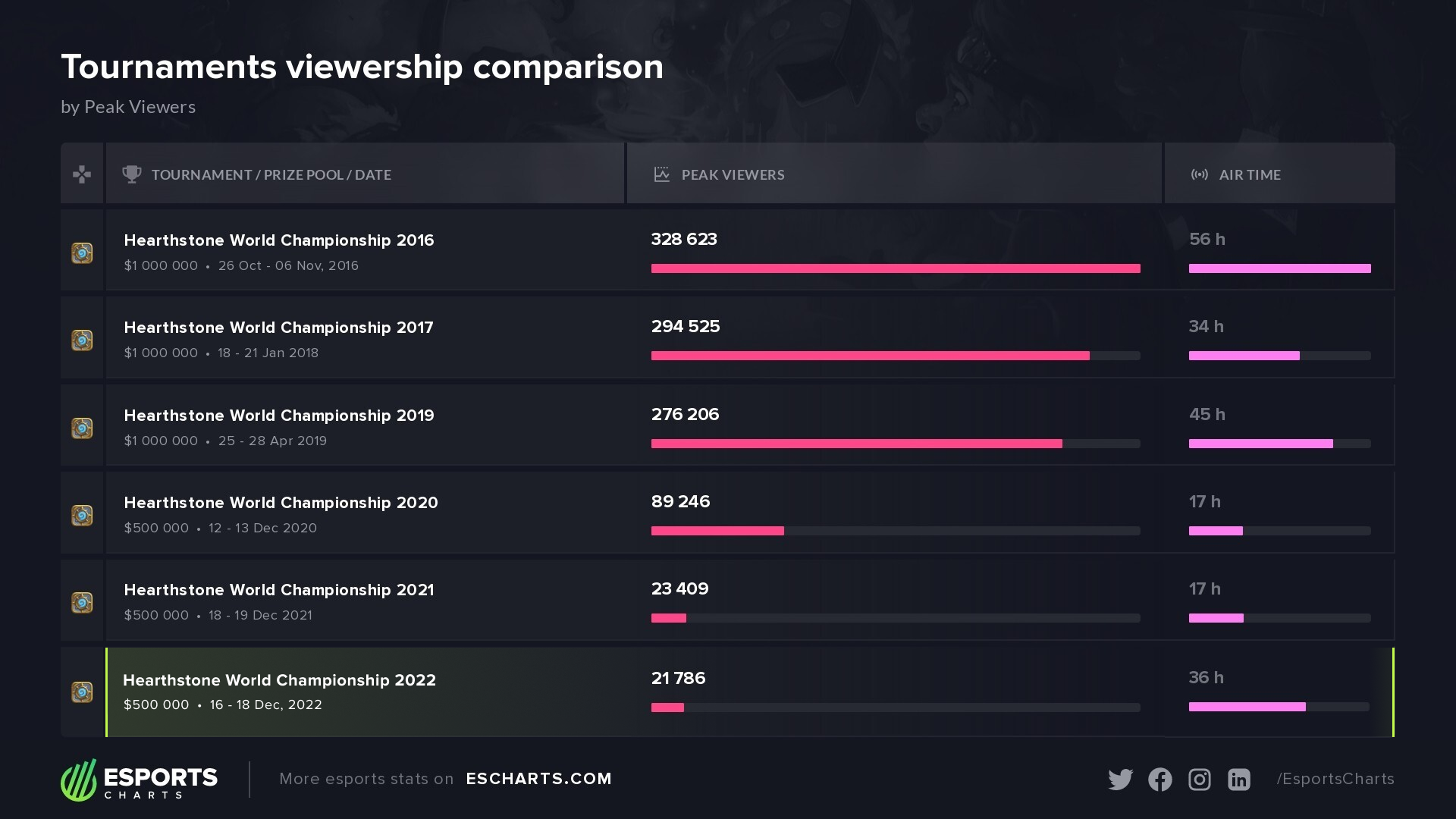 Comparison of World Championship events over the years.

Every event that was on YouTube, which included 2020, 2021, and 2022 all performed horribly. This isn't as simple as being on Twitch or YouTube though as difference in formats, how players retain interest in tournament meta, and even just which players are in it, will dictate how well these events do. Aside from Hearthstone's drop in players of the years, a fact of any older game, Blizzard also has changed the way they engage with these events and could be doing a lot more to promote them.

Or, perhaps the streaming platform is the main problem for Hearthstone Esports. Twitch's easy to navigate streaming platform pushes the focus on streamers which YouTube doesn't have a great interface for. With better interface comes more viewers. More viewers means more people that would be interested in competing because their name can get out there more (though the format matters for this too). 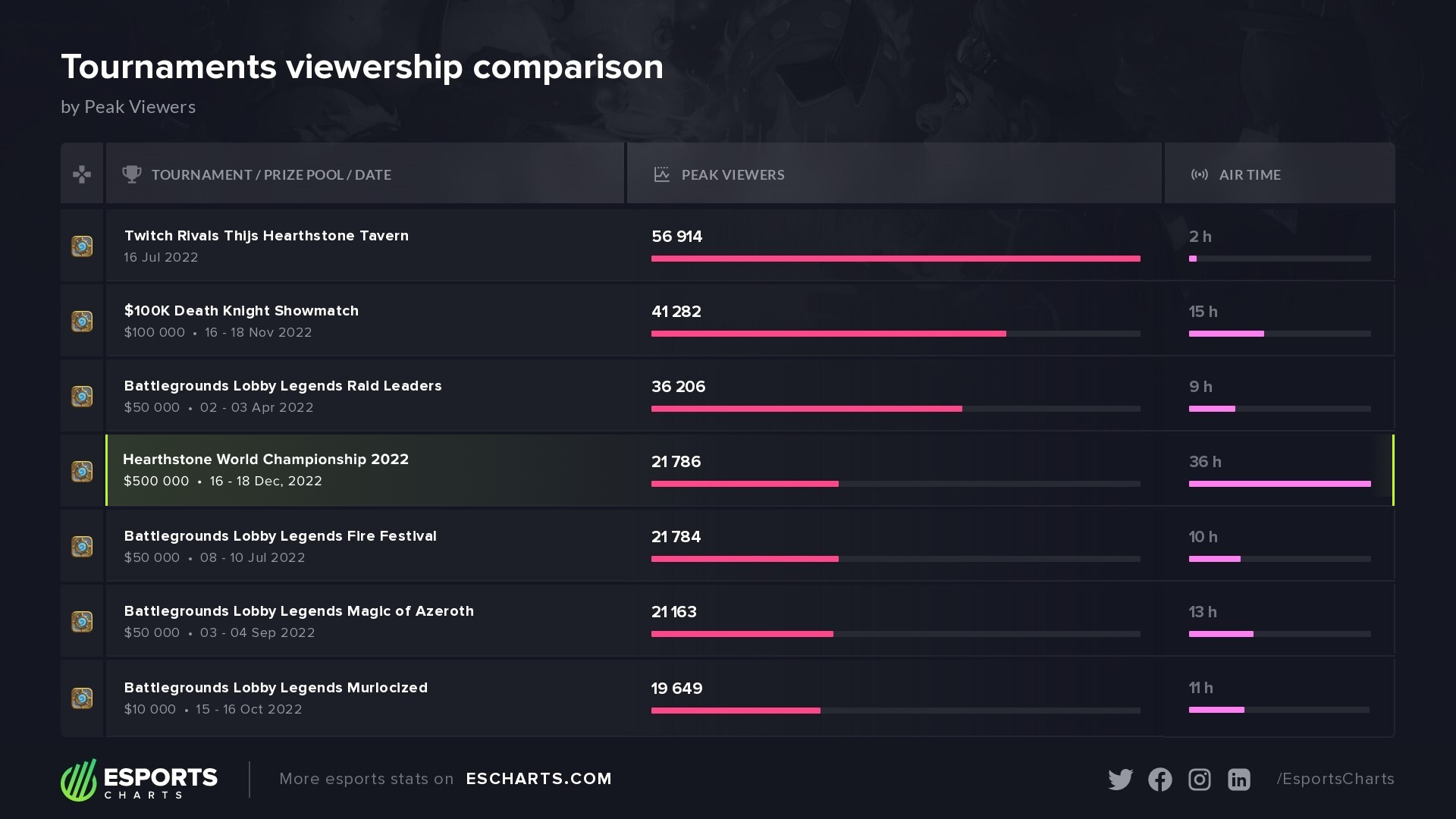 Even the lower Lobby Legends events about matched the World Championships.

YouTube's drop system was confusing to users with delayed activations, buggy behaviour, and accounts that wouldn't sync at all. With drops making a return to Twitch this should improve the experience for viewers and hopefully get some more idlers in there to bump the numbers to the Esports team can show Blizzard this was a good call and definitely not artificially inflated. 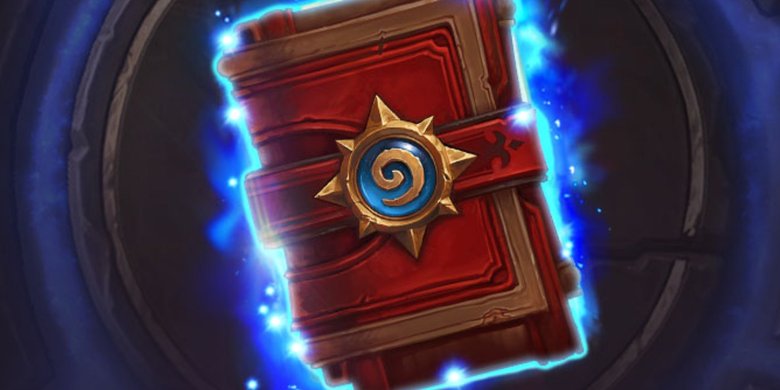 Snarky comments aside, this is genuinely positive thing for Hearthstone Esports. There's always a chance someone that just wanted packs ends up catching a match or two and swinging by a future stream. More details on drops will be released b Blizzard ahead of each broadcast.

There are several changes that we can expect to see out of the new year.

Exact dates will be released in the future.

Are you ready for the TENTH YEAR of competitive Hearthstone?! This year is going to look a bit different from the previous few, so let’s get into what is coming to Hearthstone Esports.

Heading into the 2023 season, we have been evaluating the state of our competitive program and the best format for it to take moving forward. Last fall, we began thinking about setting Hearthstone Esports up for sustainability as it turns a decade old, balancing the realities of an ever-changing production landscape, sizing the program according to its audience, and finding the most direct path forward for players to compete. Even though the 2023 program is smaller, this year is poised to bring another exciting year of competitive Hearthstone, with players from across the globe showcasing their skills to earn prizing and join the Hall of Champions.

This year will see a total of seven events–three Masters Tour Seasonal Championships leading into the 2023 World Championship, as well as three standalone Battlegrounds: Lobby Legends tournaments–all broadcast on YouTube and Twitch!

Qualifying for each event will take place through their respective Ladders across three-month seasons. Each Masters Tour and Lobby Legends will feature 16 of the top Ladder players based on Competitive Points earned through monthly standings. The top four Points earners in each region will receive invites, followed by the top four total Points earners, regardless of region that had not yet received an invite. 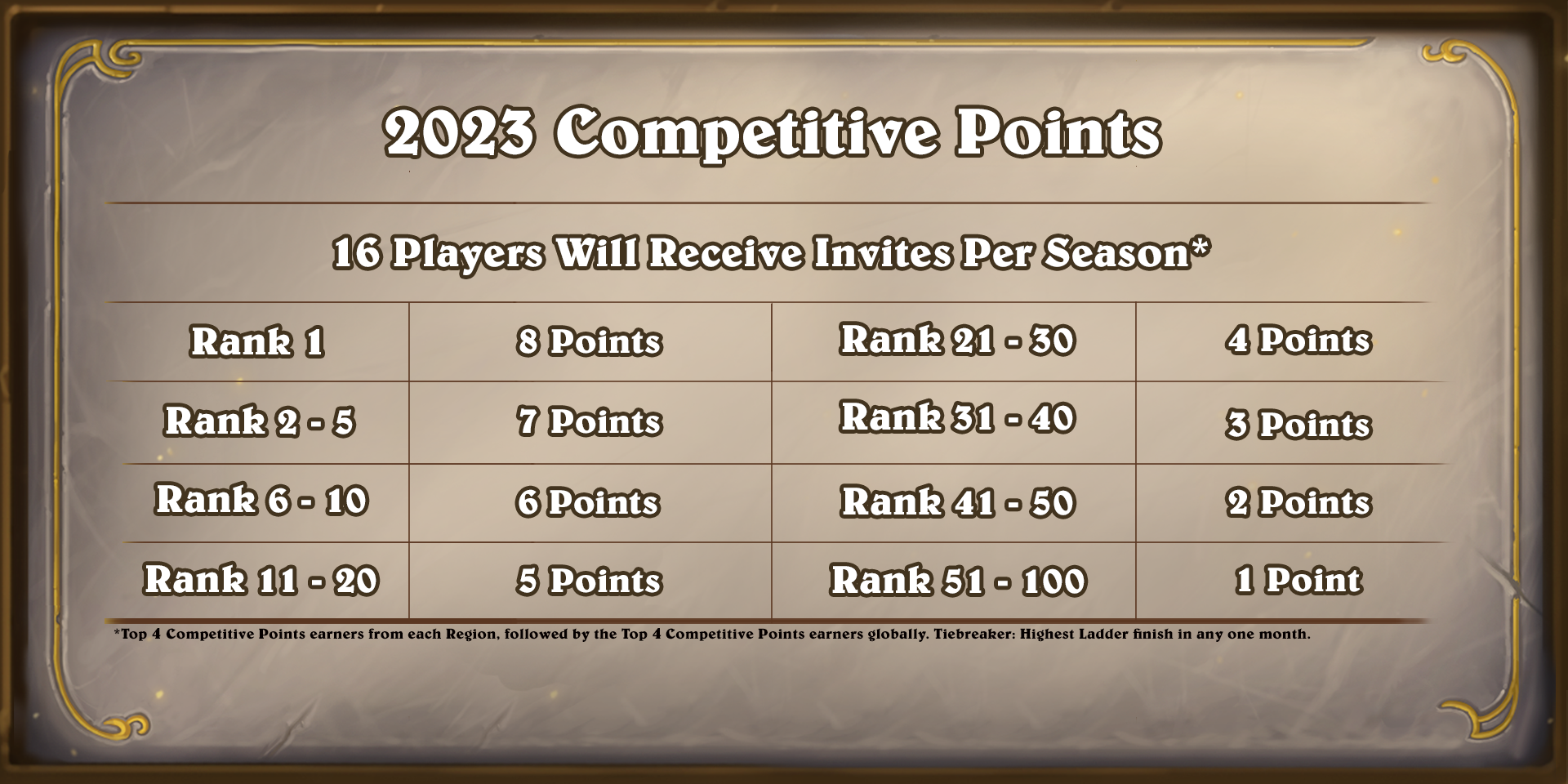 The specific event dates are currently to be determined and will be shared in the coming months:

As standalone events, each Battlegrounds: Lobby Legends will have a $50,000 (USD) prize pool. Standard players will be competing for one of eight spots at the 2023 World Championship, and its total prize pool of $500,000 (USD). Seasonal Championships will award invites to their champion, who will be joined by the top Points earners for January - November, with the top earner in each region receiving an invite as well as the top two Points earners regardless of region. See the 2023 Hearthstone Masters Tour Official Rules and 2023 Battlegrounds: Lobby Legends Official Rules for eligibility and other important details.

We’ll have more details on the final event dates and how to watch in the coming months, including how to earn Drops while watching. See you in the Tavern!

Will there be Drops on this year’s broadcasts?

Will there still be regionalized broadcasts?

How come there are only three Battlegrounds: Lobby Legends tournaments?

How come the three Masters Tour events don’t have any prize pools?

Does this mean that Hearthstone is declining/failing?

Will there be Third Party invites for Masters Tour events?

Can I co-stream or re-broadcast the Masters Tours / Lobby Legends programs?

Does this mean HS Esports is being canceled in 2024?

Is this because of low viewership from being exclusive to YouTube the last three years?

Now that HS Esports can be on Twitch, why not increase funding to bring players back?

Is the prize pool reduction because of the loss of NetEase as a Chinese publisher?