Mike Donais is no longer on the Hearthstone team.

We were alerted to this fact when a screenshot from Dog's Twitch chat was posted to reddit by quickiethrowie. In the Twitch chat, Mike Donais stated he was on another game's team at Blizzard but could not say which. According to Dean Ayala, Mike is still speaking with the team and recently pitched an idea for a robo-murloc for Battlegrounds.

Mike joined the Hearthstone team in 2013 working on card design and balance. He most recently held the role of Lead Game Designer from 2018 until his leave. You can follow him on Twitter @mike_donais. 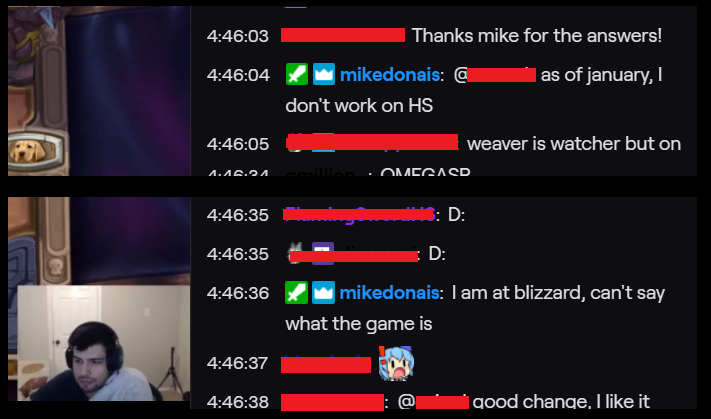 Mike is OP. He still gives us advice and just recently pitched us a robo-murloc design for battlegrounds even though he had already moved on from the team. Thanks Mike, I know we can always count on you for murloc designs and murloc related puns.

Battlegrounds is now a responsibility of the card design team, so the same team that works on expansions will now also handle content production for that game mode.

His name was Gilligain Mark 1. With a name like that…. nothing can stop him! (Source)

Was this gonna be the artwork? :D