In the last few days, a new exploit came to light that allowed users to force the opponents to surrender the match, so that the former could get some easy wins. One of the first documented cases comes from user KibethOW on Reddit, who posted a video of the exploit happening to them. A number of comments confirmed that the issue is fairly wide-spread.

A few hours ago, Konami offered a response via their in-game notifications system, saying that they're investigating it and are working on a way to prevent it in the future. There is no current ETA to a resolution, so good luck out there!

Have you encountered any cheaters on your dueling adventures? 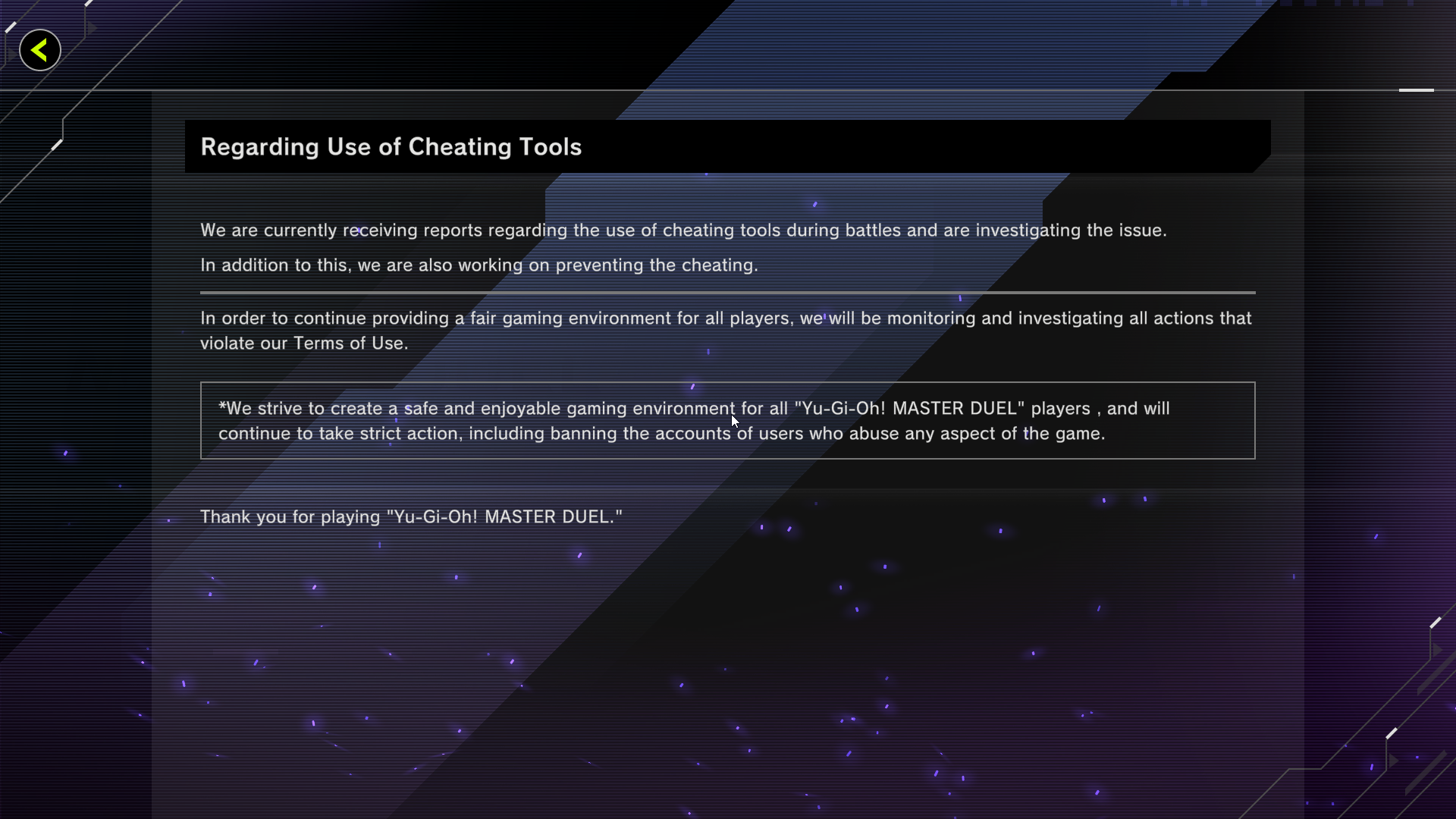