Today, Konami released Battle of Chaos, the first Core Booster of 2022. This booster focuses on giving support for a large number of existing archetypes, as well as adding 3 new ones to the game.

The international version of the set has 100 cards, split as follows:

The set introduces 3 brand new archetypes to the non-japanese market:

This is also the first time the "Lady of Lament" archetype receives any support, in the form of Alice, Lady of Lament. Other archetypes supported in this set include, but are not limited to, Aesir (and the related Nordic, Nordic Beast, and Nordic Relic), Blue-eyes, Kuriboh, Ghostrick, D/D/D, Magnet Warrior, Magna Warrior, Myutant, Swordsoul and more.

If you're looking to play some paper Yu-Gi-Oh, Battle of Chaos packs are now available on Amazon in a Booster Box! With 9 cards per pack and 24 packs per box, that's 216 to add to your collection. 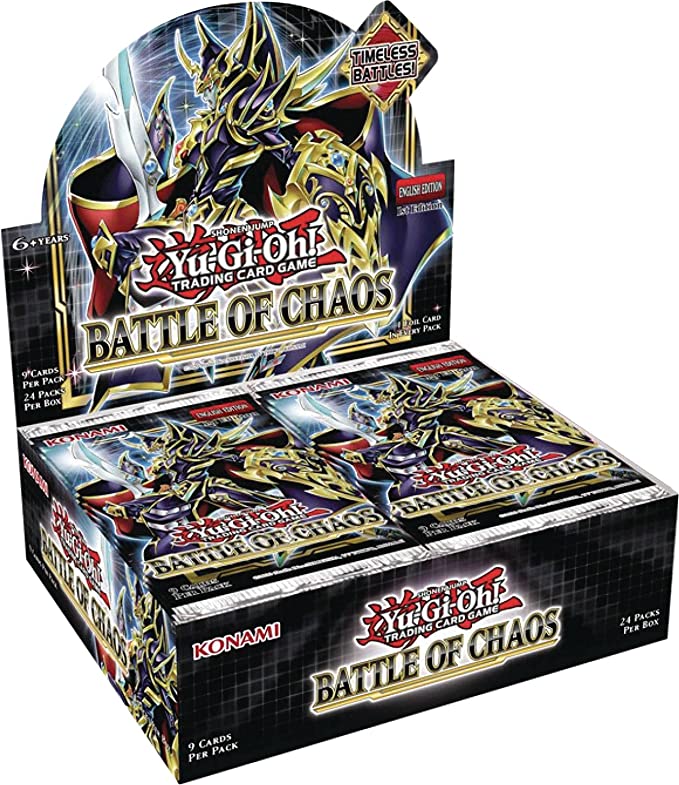