Cheap cards combine to create care-free competition in Master Duel's upcoming N/R Event. It will take place between the 24th of March and the 4th of April, and will only allow players to use Normal and Rare cards, which are the two lowest rarities in the game. This is the second event to take place in Master Duel after the Xyz Event last month.

Unlike last time, Konami is giving us a few more details before the event starts, mainly regarding the event's ban list. Archetypes limited from play are True Draco, True King, Megalith, Majespecter, Generaider, Timelord, Phantasm Spiral Dragon, and Tenyi. They will also limit cards that deal effect damage to your opponent, and cards that can be used to more easily lose the game, likely in response to last time's Self-TK decks. Those are just partial restrictions and more details regarding the ban list will be given on the 18th of March.

This event should be a very interesting one. Most archetypes have a lot of N and R cards, but their most powerful cards, the ones used to close the game, are usually SR and UR. Same thing goes for a lot of staple cards used to disrupt the opponent, like Maxx "C", Ash Blossom & Joyous Spring, Forbidden Droplet, etc, as well as some of the best card draw in the game, like Pot of Desires and Pot of Extravagance. This means that the power level of the event is going to be really low. 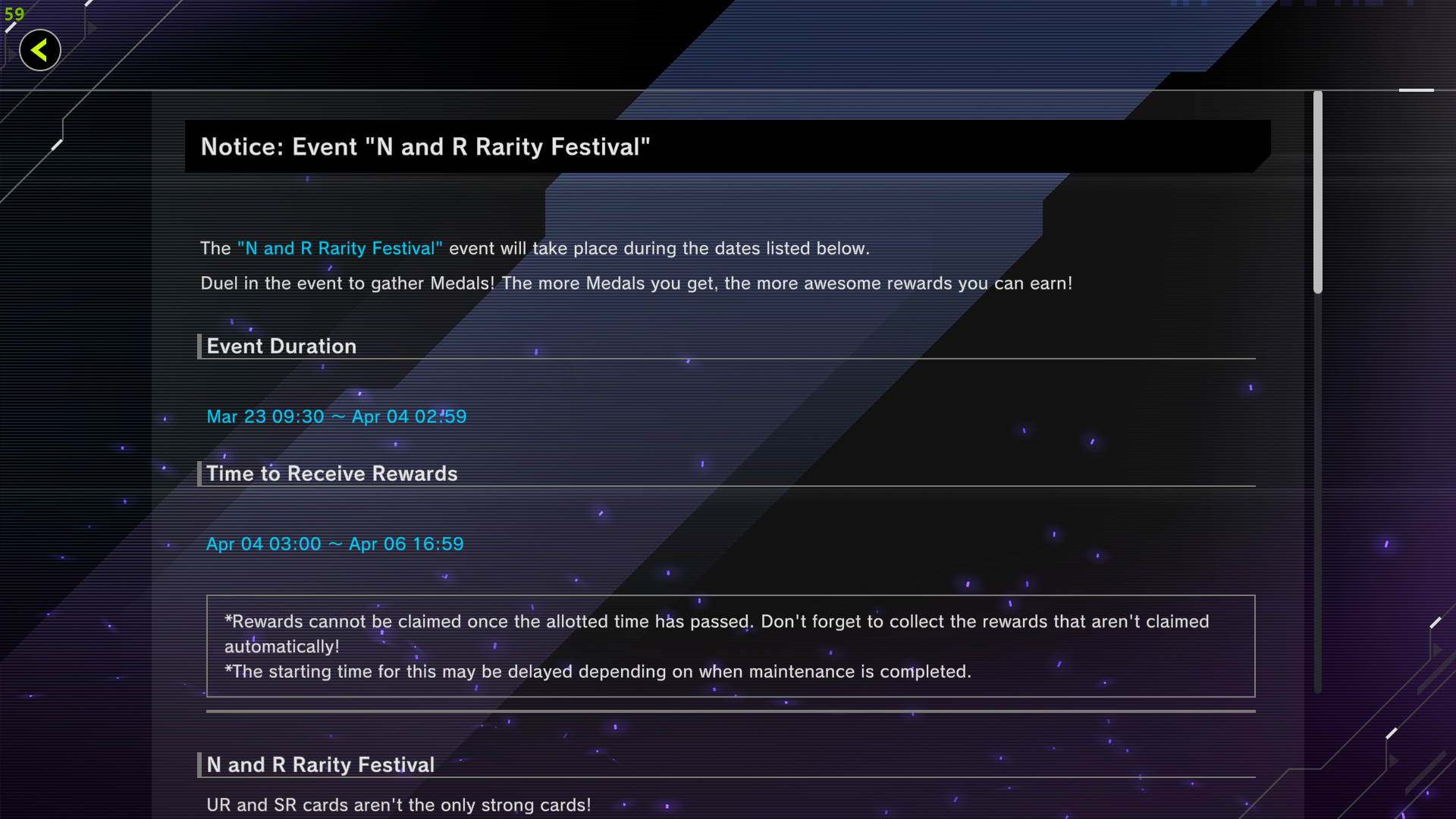 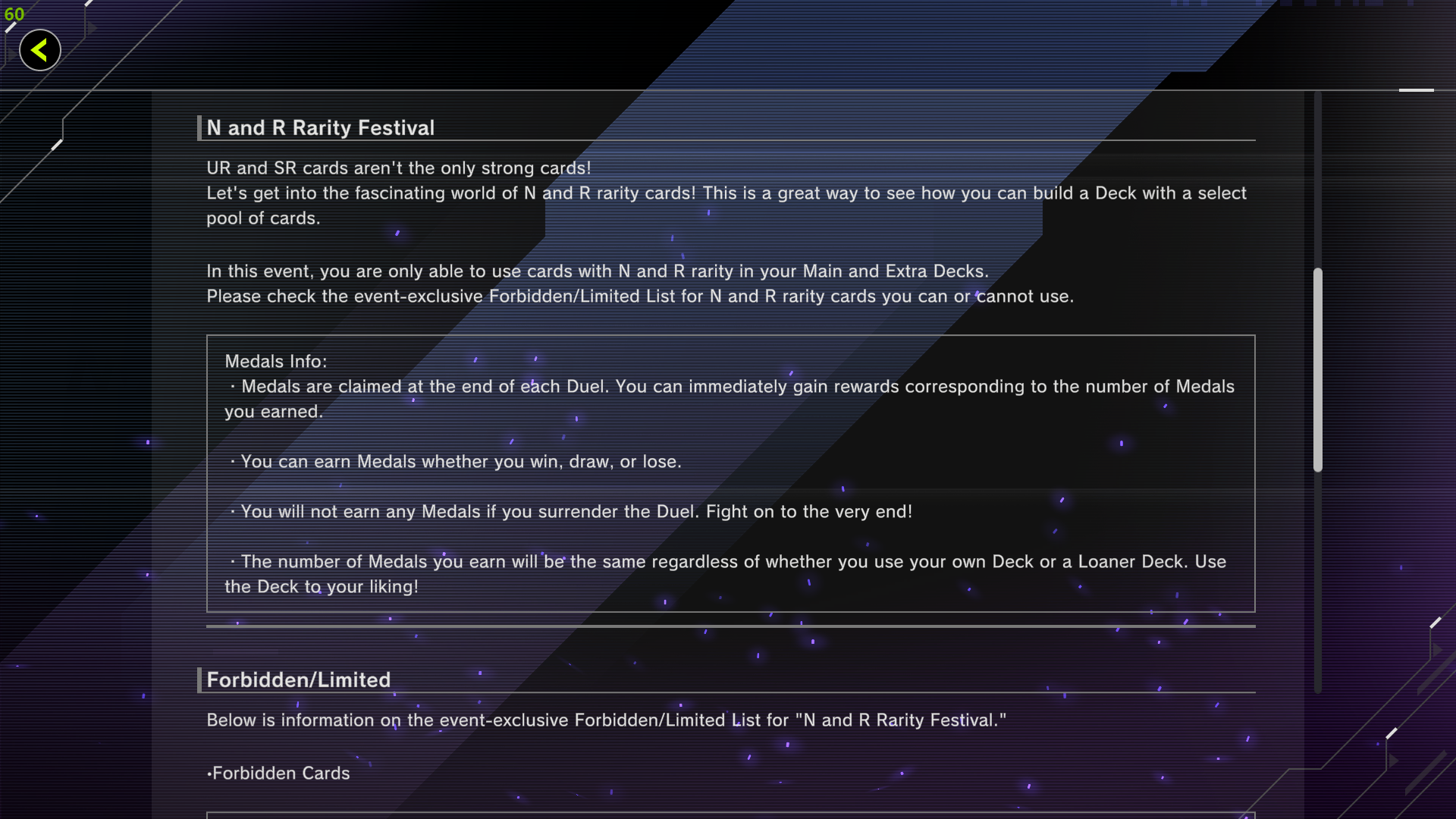 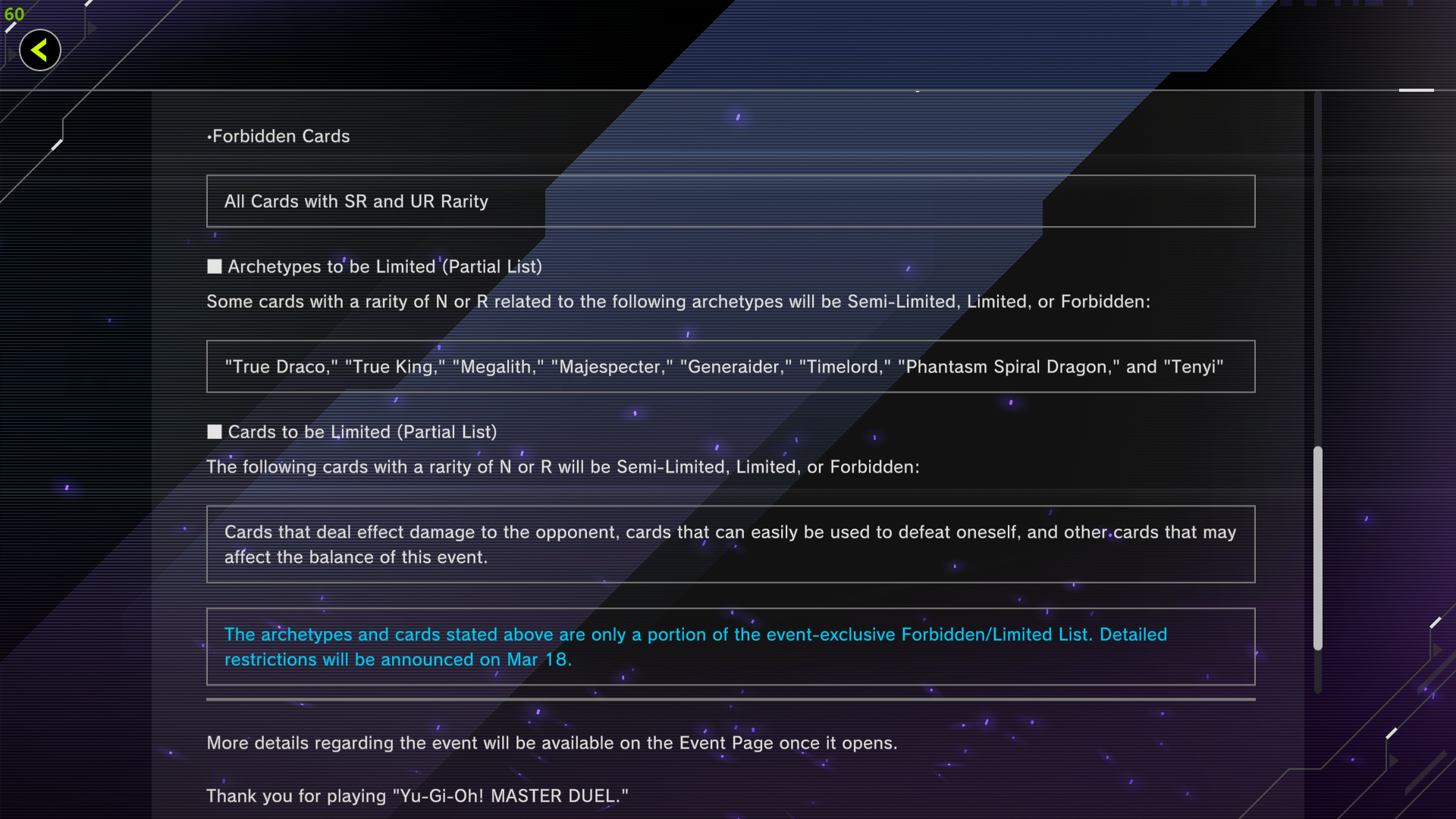 Are you excited for this event? What do you expect to be the best decks? Let us know in the comments below.