Konami just announced that they'll change the card text on Night Assailant. The card has the following effect: "FLIP: Target 1 monster your opponent controls; destroy that target. When this card is sent from the hand to the Graveyard: Target 1 Flip Effect Monster in your Graveyard, except this card; return that target to the hand."

The current version of the card allows for an infinite loop of discards, by bringing itself back to the hand when it's discarded. Or it would, if the card wasn't limited. The new version of the card changes 'except this card' to 'except "Night Assailant"', basically killing the loop. This also means there's a good chance the card will not be limited anymore when the next ban list comes out.

Of note is that this change is currently only affecting the OCG market, with no change in the TCG yet. However, the change will go live in Master Duel in the near future, though Konami hasn't specified an exact date. There's a good chance that, when the change does go live, we'll also get a new ban list for the digital game. 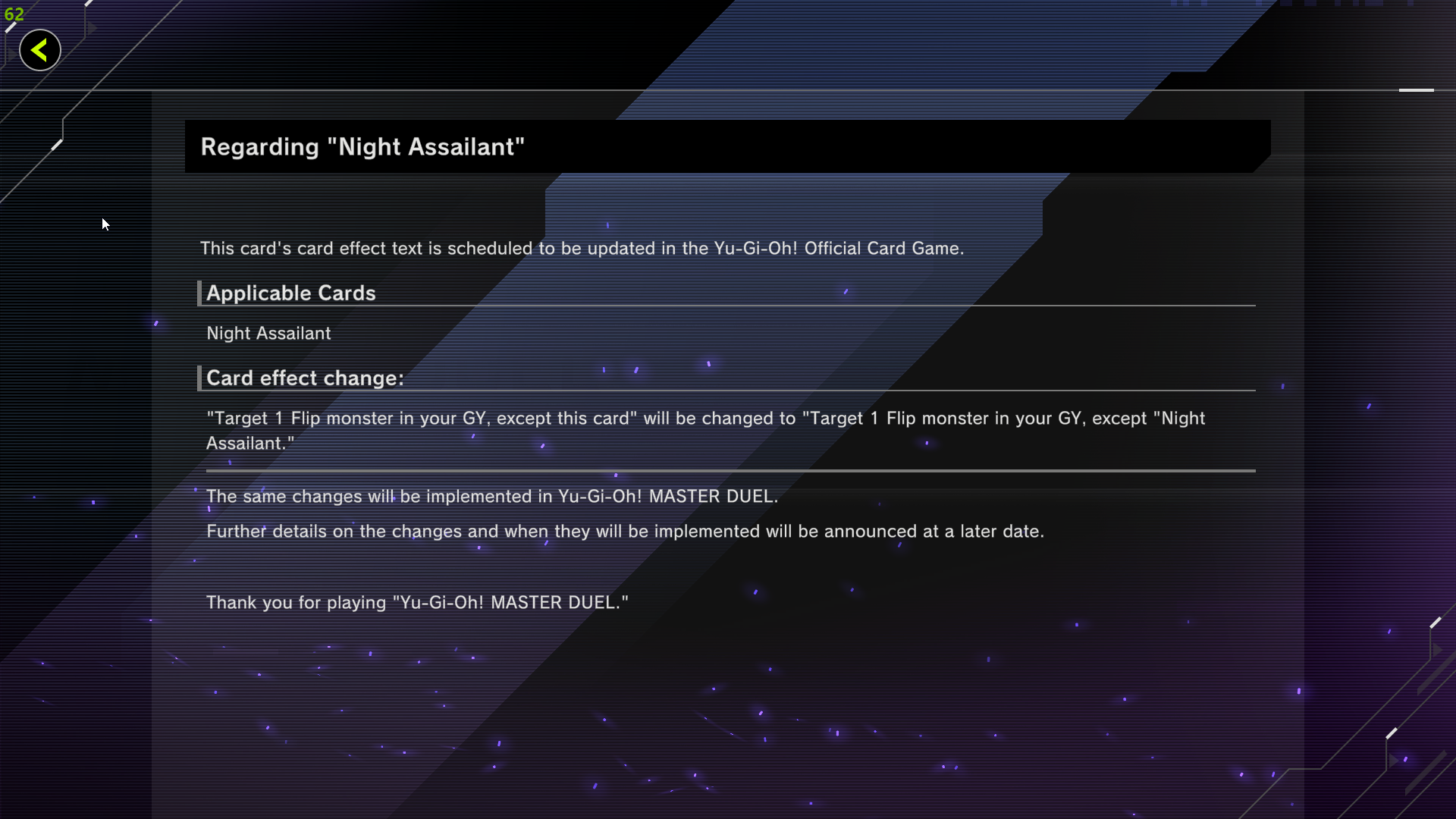 What do you think of this change? Do you expect a new ban list for Master Duel when it goes live? Let us know in the comments bellow!