About a month ago, Konami offered a set of exclusive physical card sleeves to players in order to celebrate the Xyz Festival. Well, they're now back for the N/R Festival that's happening right now. This time, you need to reply to this tweet with a screenshot of your N/R Festival deck while adding the hashtags #Sweepstakes and #YuGiOhMASTERDUEL. Don't forget to add the tags, otherwise you won't be eligible.

The sleeves themselves are a physical version of the 'Xyz Black' Master Duel Protector that you unlock by increasing your Duelist Level to 5:

The giveaway is available to people in the United States and Canada (minus Quebec). You can find the terms of the promotion here. Since there was eventually another promotion for the European region later, we expect the same to happen this time. 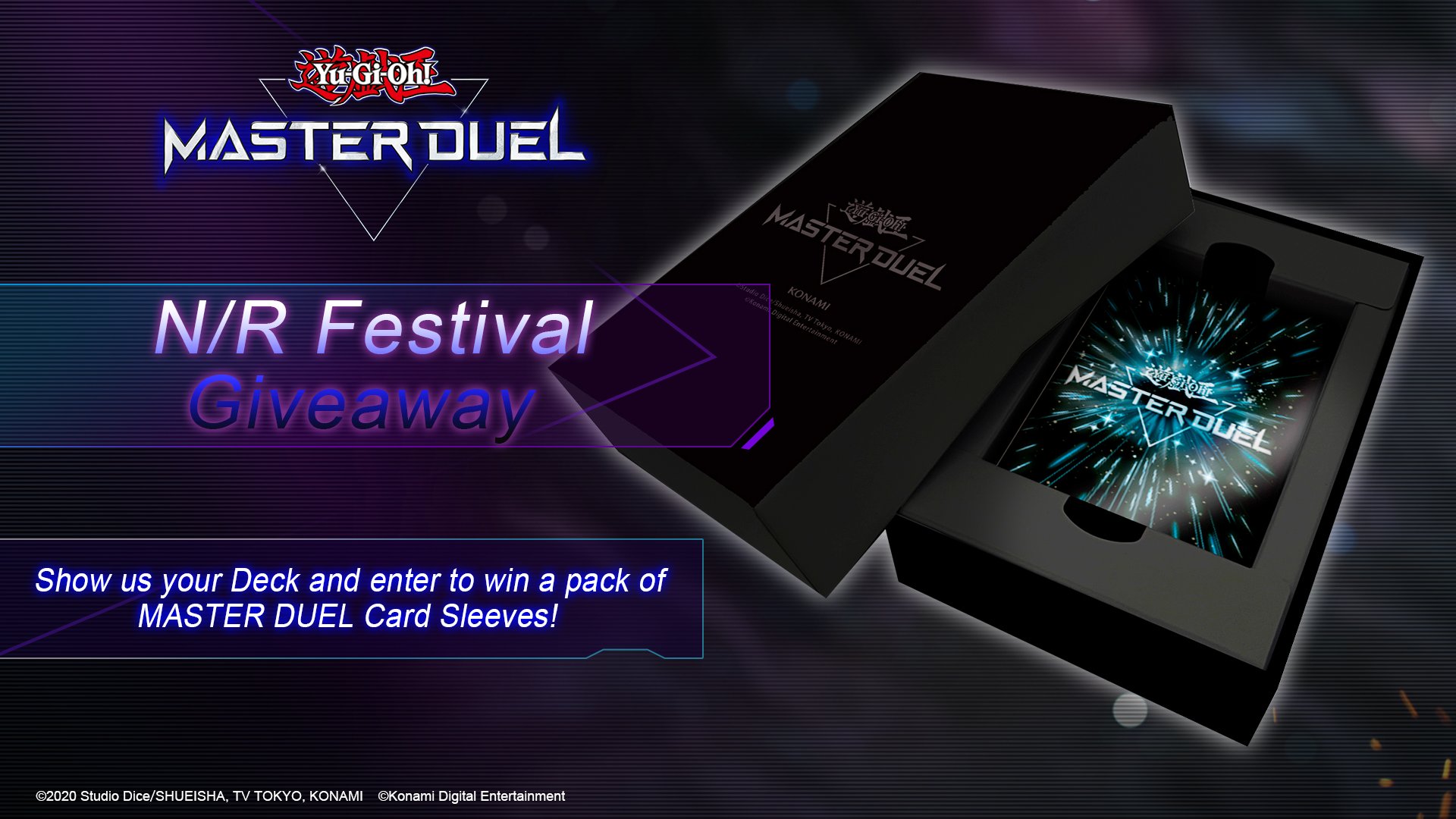 The N/R Festival is available now to play in #YuGiOhMASTERDUEL!

Reply to THIS TWEET with a screenshot of your N/R Festival Deck and be entered to win a pack of physical MASTER DUEL Card Sleeves!

To enter: Reply to the above Tweet with a screenshot of your N/R Festival Deck List using the hashtag #Sweepstakes and #YuGiOhMASTERDUEL.