Konami just sent a notification in-game to all players that they're drastically changing the structure of Daily Missions. This is likely in response to combating the Gem exploit that would guarantee high-value missions by not claiming the old one. All the missions now reward exactly 40 Gems, and are as follows (all of them except the first are in Ranked duel):

The changes are supposed to go live about 9 hours from the when this article is published. Check your notifications in-game for an exact time. 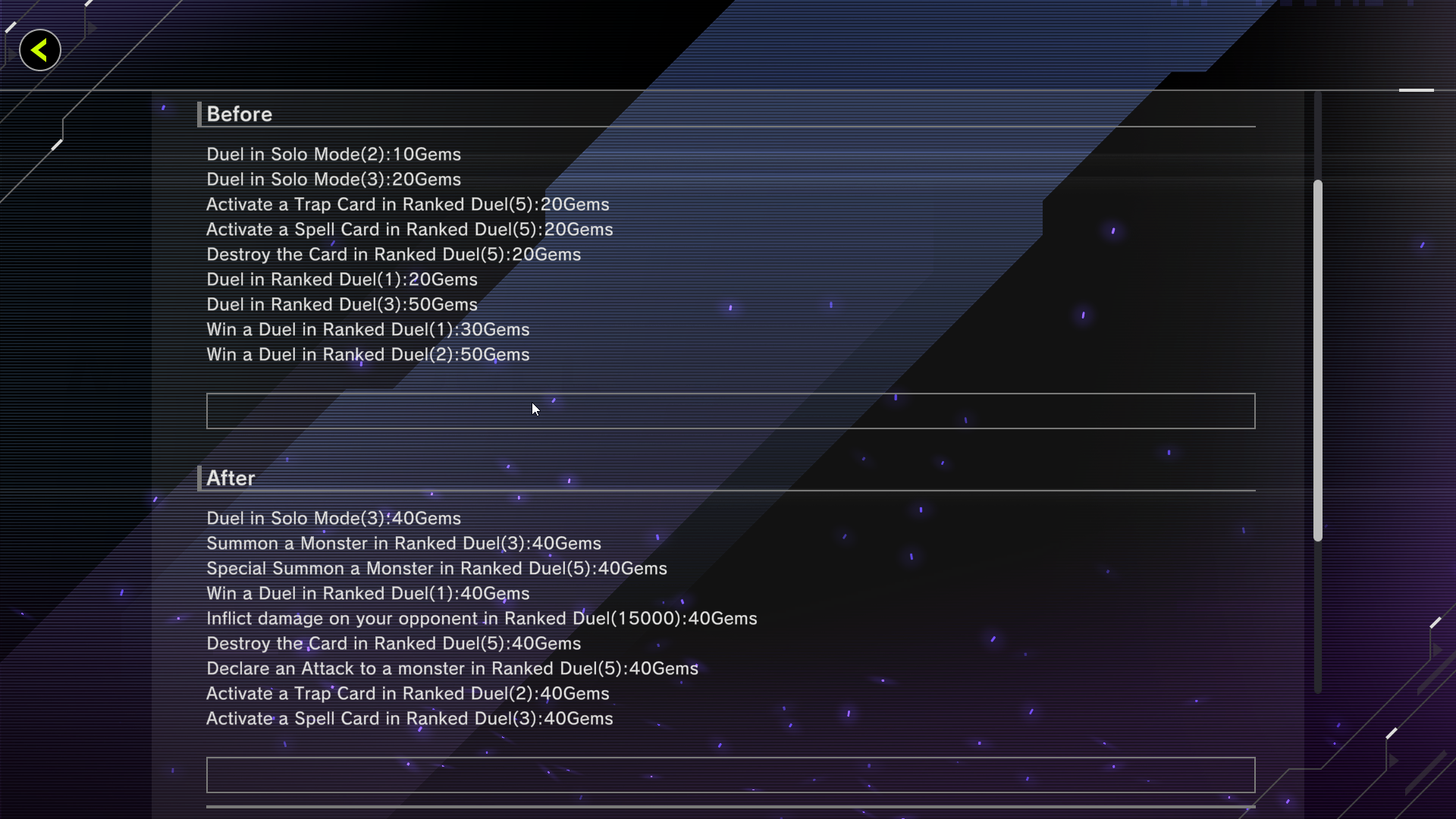