As you might know, there's only a few days left for the ongoing Synchro Festival. This is your chance to try out the newly strengthened archetypes! Compared to past events loaners, these ones are more competitively built. So you can take this learning experience to also finish off any remaining event missions. In this article we'll go over the basic plays the three decks are capable of. Don't worry, we'll keep things concise: No need for hour long combos! 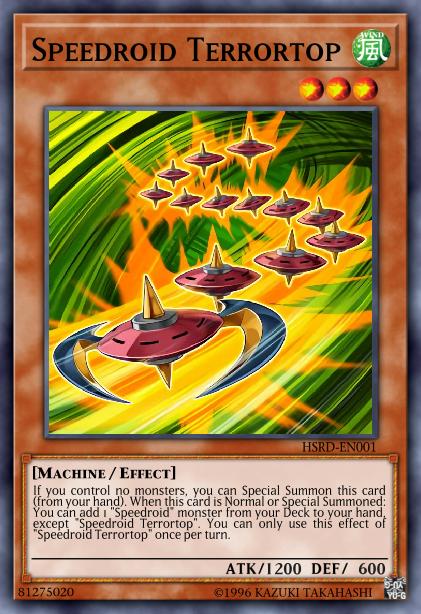 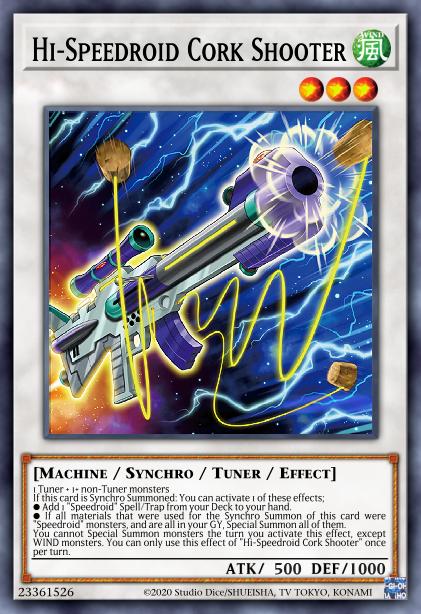 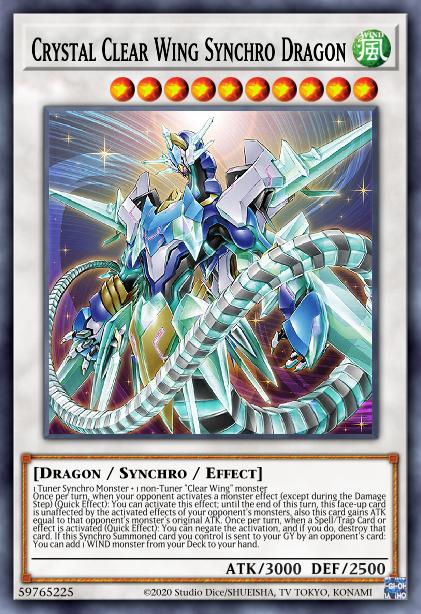 Arguably the strongest of the available loaners. This one utilizes toy-themed WIND Machines that love to swarm the field. They are missing one crucial Link Monster with Hi-Speedroid Rubber Band Shooter, but it's far from the only whacky tool at their disposal. In fact, with so many moving parts it can be tough to keep track of all possible outcomes.

Let's begin with the star of the deck: Speedroid Terrortop. So strong that it's still limited to 1 to this day. At least there's also Speedroid Scratch to fetch you the combo starter. A free summon and search in one can get you very far - If uninterrupted you can end on the shiny new Crystal Clear Wing Synchro Dragon for example. Here's the step by step:

That wasn't so complicated, was it? This didn't even need a Normal Summon. Something like a Speedroid Double Yoyo bringing back Speedroid Red-Eyed Dice could easily lend itself for another Level 7 Synchro play. The ability to modulate their Levels multiple times in a turn makes it highly versatile. The key takeaway is that Red-Eyed Dice and most non-Tuners is a recipe for success. 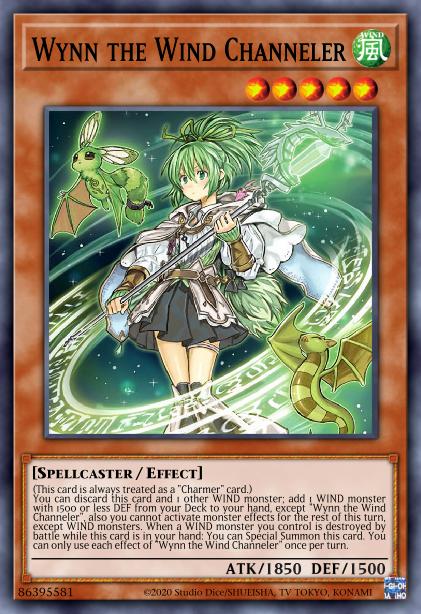 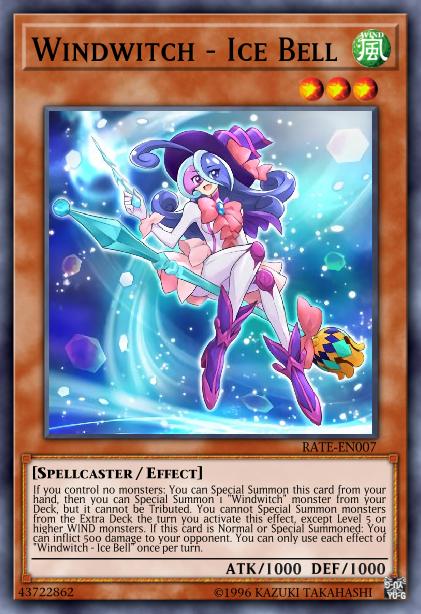 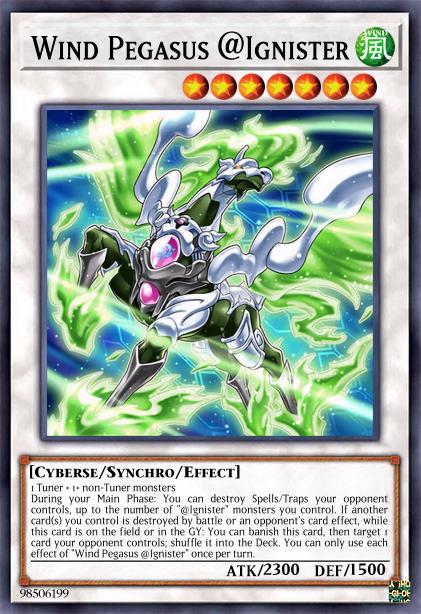 This loaner deck is quite solid, but not optimal. If you want to get Speedroids on the next level of speed, we'd recommend a card like Wynn the Wind Channeler for added consistency. On top of that, the Windwitches are another WIND Synchro Archetype that Speedroids could be combined with. Windwitch - Ice Bell is their very own version of Speedroid Terrortop.
In terms of the extra deck we are limited to WIND types only. Obviously outside of the event you should find space for Hi-Speedroid Rubber Band Shooter. Another consideration can be to swap out the Level 7 and 10 targets for Wind Pegasus @Ignister and Baronne de Fleur respectively. An omni-negation is hard to pass up on, and the Pegasus actually does something in the GY. 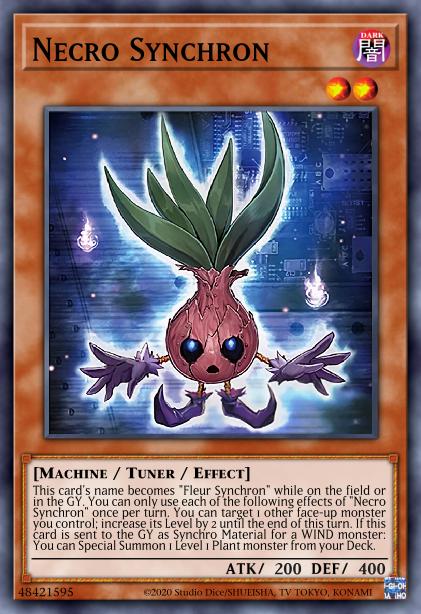 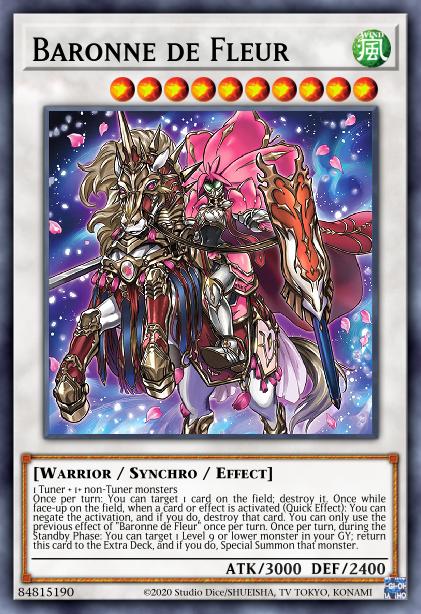 Wow. This deck is... something. In contrast to Speedroids, this deck is starving for extenders. It's not unlikely to just set a Monster and pass turn. What Konami did was basically take three Archetypes with the loosest bit of connection and mash them together. Fleur Synchron is far too slow by today's standards and thankfully isn't mandatory for the Summon of Baronne de Fleur. One neat little interaction is the lesser known Trap Pennant of Revolution. In a Synchro-only Event this becomes a strong piece of recurring removal.

While most of the Extra Deck can be overlooked, at the very least there's a 2-Card-Combo that gets you to Baronne de Fleur.

Alternatively, if you drew Fleur Synchron and Hop Ear Squadron in place of Necro Synchron:

Opening too many Tuners can be a hassle to work around. Usually Summoning a lower Level non-Tuner Synchro Monster is enough to even it out though. 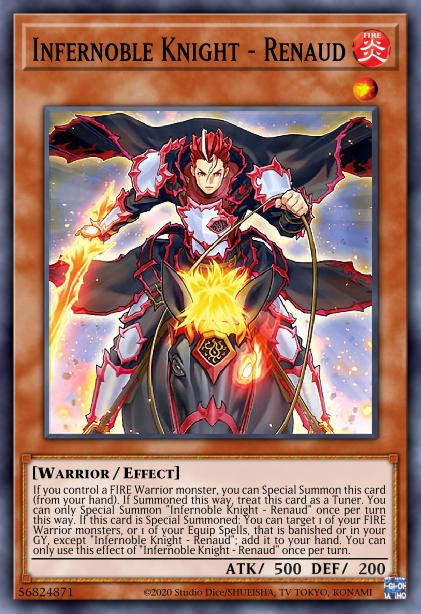 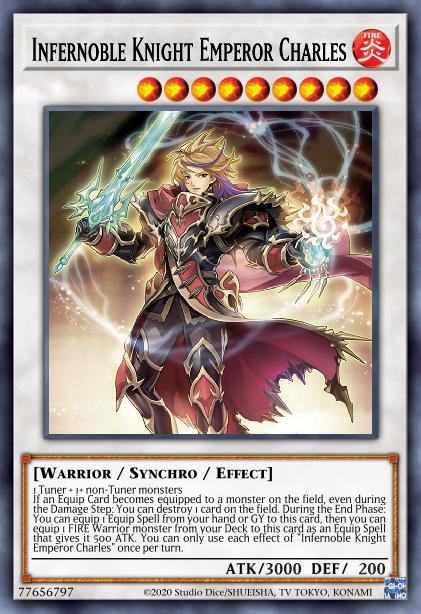 Honestly, bin the whole thing. Fleur Knights are barely what can be considered an archetype. If the Anime references fall flat for you, there's not much else that makes this Deck unique. One aspect that can be expanded on are the (Infer)Noble Knights. Infernoble Knight Emperor Charles has an entire band of FIRE Warriors that do a better job of Synchro Summoning. Unfortunately even they fall short without the help of Isolde, Two Tales of the Noble Knights or Crystron Halqifibrax which are mainstays of the strategy. They can't all be winners. 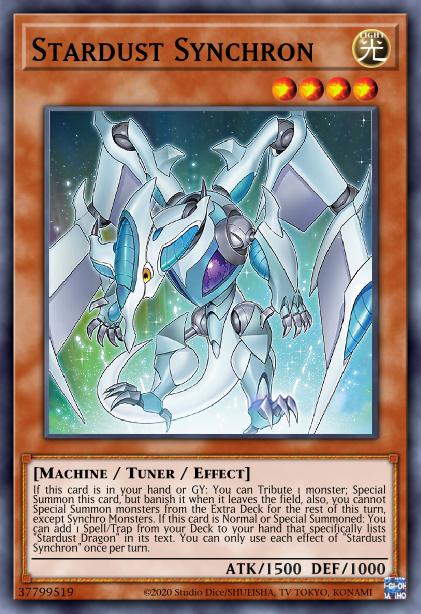 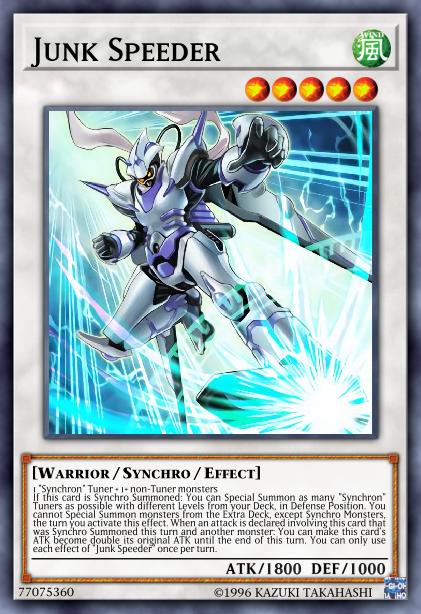 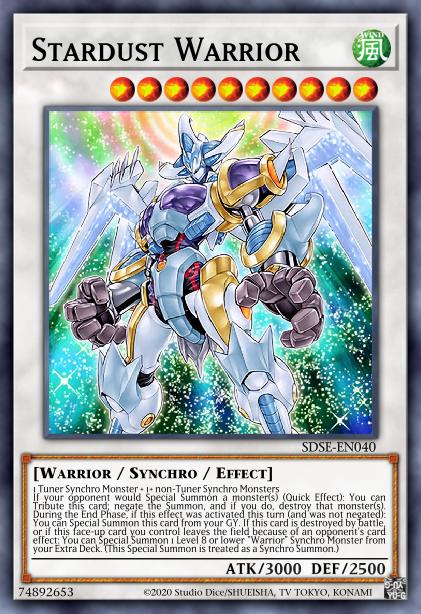 Synchrons live by the saying "Go big or go home". Junk Speeder is at the heart of the deck and getting it or Junk Synchron handtrapped can stop you dead in your tracks. Once it's resolved and the field is full of Tuners however, the amount of non-Tuners you can pair them with dictates the extent of your follow-ups.

We'll keep things simple and first lay out what's possible with only a Junk Converter activation. If all goes well, the opponent will have to deal with Stardust Warrior alongside Stardust Dragon

Here's where things get tricky. 2 vital concepts of the combo are 1. Chainblocking and 2. Managing Boardspace.

As a general rule of thumb, the effect of Junk Speeder should always be the first Chain Link if the opportunity presents itself. Following that logic, Junk Converter will be declared afterwards and therefor resolve first. This prevents the opponent from chaining their Ash Blossom & Joyous Spring.

By now your board will be full no matter what, but choosing what gets to take up that limited space directly affects the outcome of the combo. For the purposes of the guide we'll only touch on the summoned Tuners that actually get used. So no need to worry for now, just something to keep in mind. Moving on:

Phew, now imagine this, but a tiny Doppelwarrior on top? This would've ended up as an essay! Needless to say, the potential is there and we'll leave it up to you to do some further experimentation. Among the three Boss Monsters Stardust Warrior stands out the most due to its impactful summoning negation. 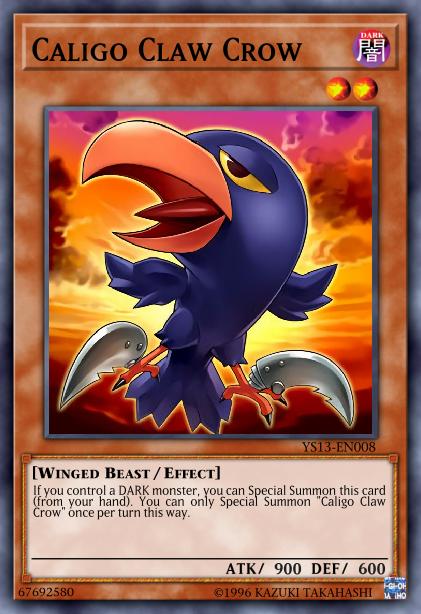 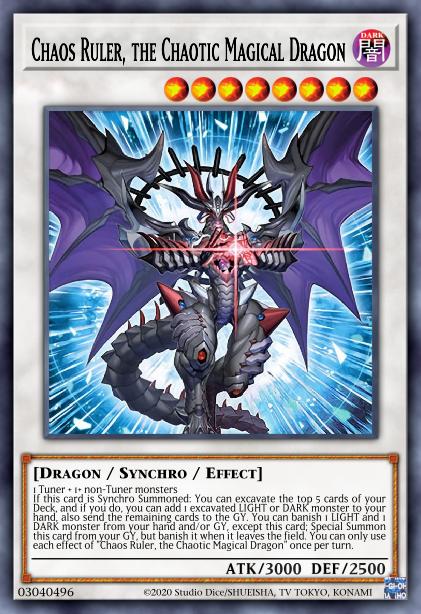 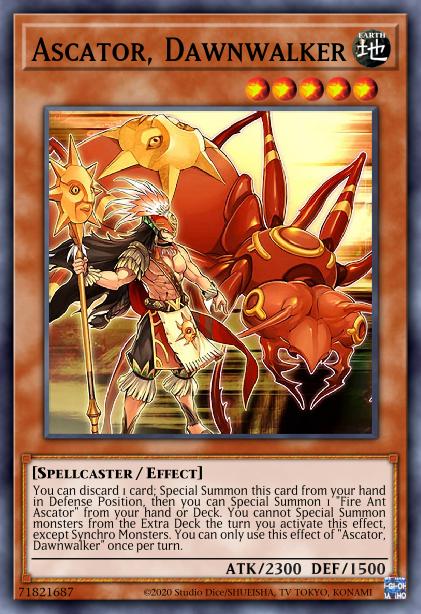 Stardust Dragon is neat and all, but what if you wanted some more Special Summons and search power? We're talking about Chaos Ruler, the Chaotic Magical Dragon. A popular engine consisting of it and Ascator, Dawnwalker to go into Level 8 Synchros are a great boost for the deck. On another note, since there's an overabundance in Tuners, Caligo Claw Crow and Celestial Double Star Shaman make for a decent supply of non-Tuners.

Are you enjoying the Synchro Festival so far? Let us know about your experience with the loaner Decks in the comments below!