The latest booster pack for the Yu-Gi-Oh card game, Power of the Elements, released in Japan over the weekend. While these cards aren't allowed at international tournaments, it gives us a good idea for what's to come in the future for the worldwide audience.

The TCG version of this pack will be released in August. While the contents are largely similar, there will be changes to the card list presented in this article. Most notably, the TCG version will include cards that will be released for the first time in that set, with an archetype "focusing on an unexpected type of monster".

The OCG version of the set has 80 cards, with 5 cards per pack, split as follows:

The Ultra Rares and Super Rares are also available as Ultimate Rare, Secret Rare, and Prismatic Secret Rare, which are various forms foiling for cards. [YuGiOh Card (Kurikara the Immovable Avatar) Not Found] will also be available as a Holographic Rare.

Three new archetypes are also introduced with this booster: Splight, Tearalaments, and Vernalizer Fairy. Let's take a look at each one.

An archetype made out of Level/Rank/Link 2 Monster, with either the DARK or FIRE Attributes, and all of them of the Thunder Type. The name Splight is a combination of the words 'Sprite', both the folk creature and the meteorological phenomenon, and 'Light', in reference to their Thunder Type.

The cards revolve around a swarming strategy, which each Main Deck card having the ability to Special Summon itself if you control another Level/Rank/Link 2 Monster (though the specific requirements vary). Character-wise, the Splights are humanoids made out of plasma/electricity, with the Main Deck Monsters wearing casual clothing, while the Extra Deck ones have some sort of Mech Suit.

There seems to be some sort of lore connection between the Splights and the Springans (which were released internationally in Blazing Vortex last year) and Therions (who will see international release in May), if Splight Smashers is any indication, both of which will get support this booster. 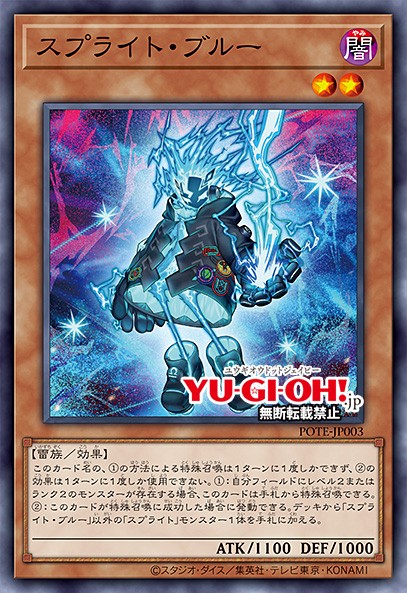 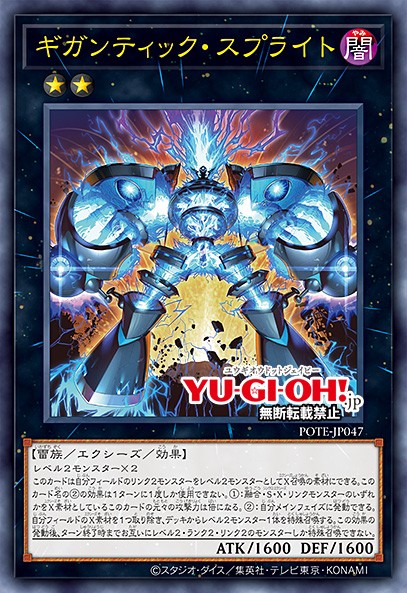 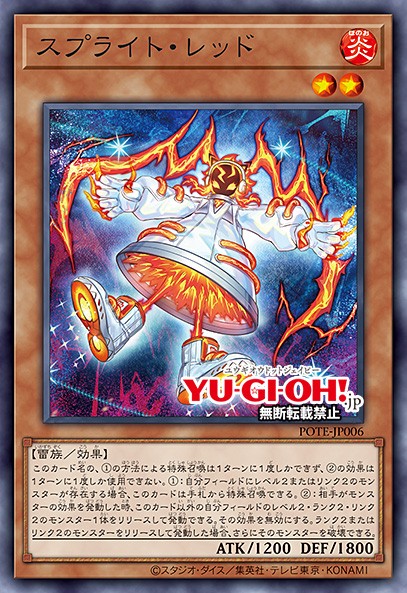 An archetype consisting of mostly DARK Aqua Monsters, with the only exceptions being Tearalaments Rainoheart, who is a WATER type, and Tearalaments Kaleidoheart, who is a Fiend. The name is a portmanteau pf the words 'Tear', 'Tiara', and 'Lament'. The archetype is inspired by the Little Mermaid fairy tale, and most of it's Monsters are girls and women that are under or on top of water.

Gameplay-wise, all the Main Deck DARK Monsters allow you to Fusion Summon when they're sent to the Graveyard, by taking any materials from your hand, field, and/or Graveyard, including the Monster in question, and putting them at the bottom of your deck. As such, a lot of the cards in the archetype allow you to send cards to the Graveyard from your hand or the top of your deck. 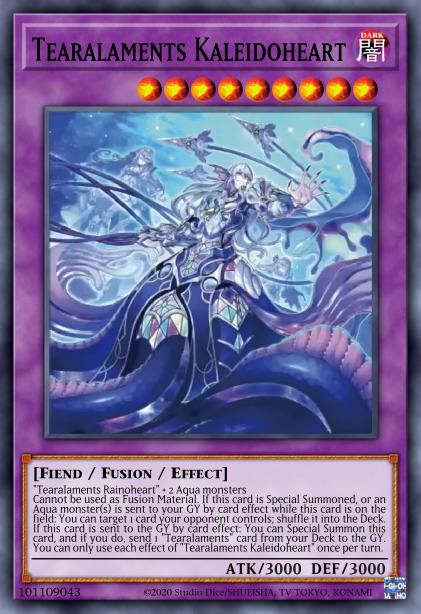 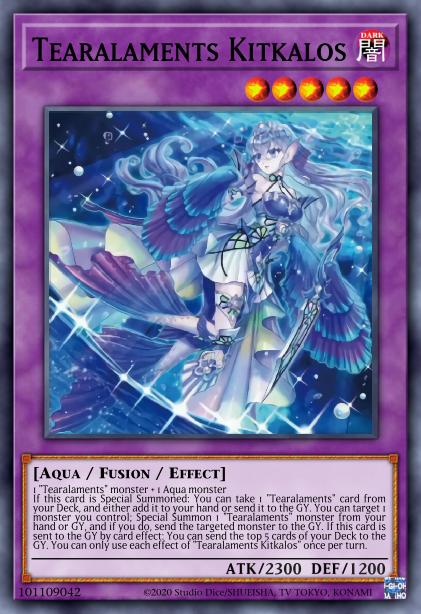 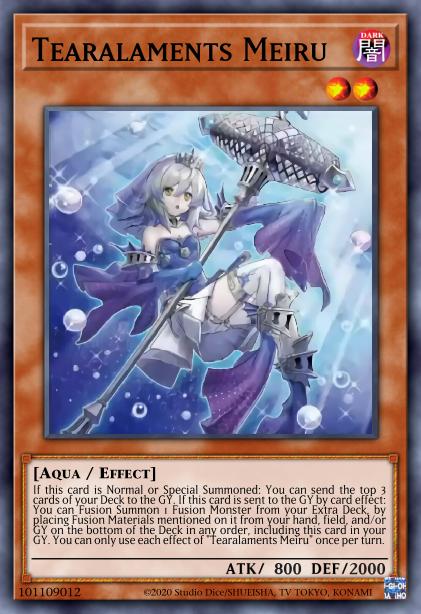 An archetype of EARTH Fairy Monsters, they act as an engine for other EARTH decks. The name of the archetype likely comes from the process of vernalization, which is the induction of a plant's flowering process by exposing it to prolong cold or winter. The characters depicted on the card are either winged pixies (for the Level 4 Monsters) or animals that were granted power by these pixies (their Level 3 Monsters).

In terms of Gameplay, the cards revolve around sending them and either an EARTH Monster or another "Vernalizer Fairy" card to the grave to gain a specific effect, followed by the ability to Special Summon an EARTH Monster from the Graveyard. Since these cards are sent to the Graveyard as a cost, they're able to summon themselves to the field, where they can offer various Effects and protections. 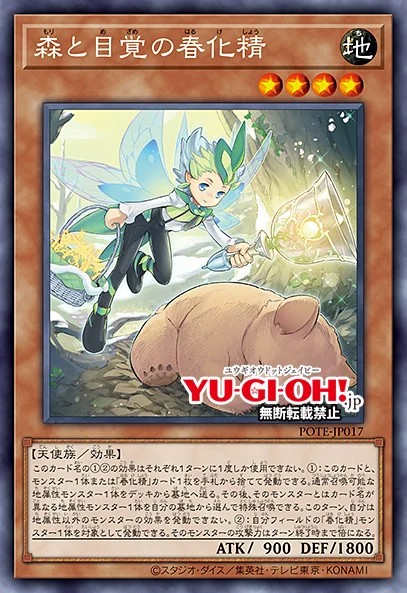 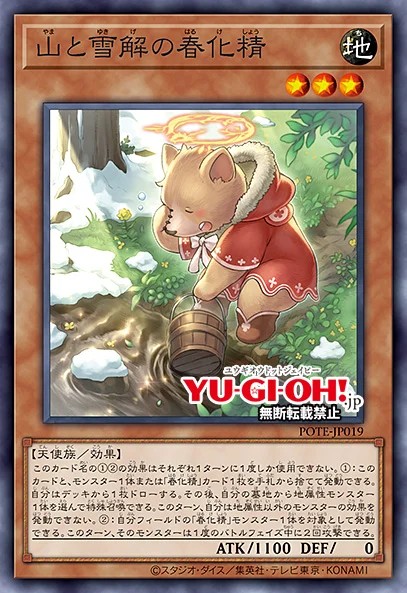 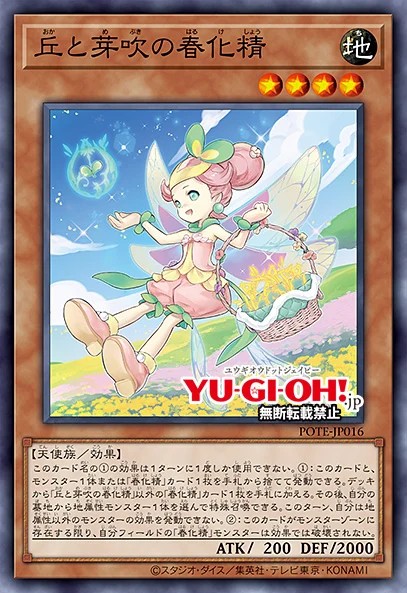 Here's the full list of cards that release in this booster, grouped by archeype