Crystal Beast enthusiasts, rejoice! This fan-favorite Anime Archetype celebrates its comeback to the TCG. The Structure Deck will be available as early as August 17th. Though not much information was shared on Konami's offical product page, we are expecting specific details on the contents in the weeks leading up to the Deck's OCG release on June 25th.

In light of the news, let's have a look at what this classic Archetype is about and what additions would be welcomed. 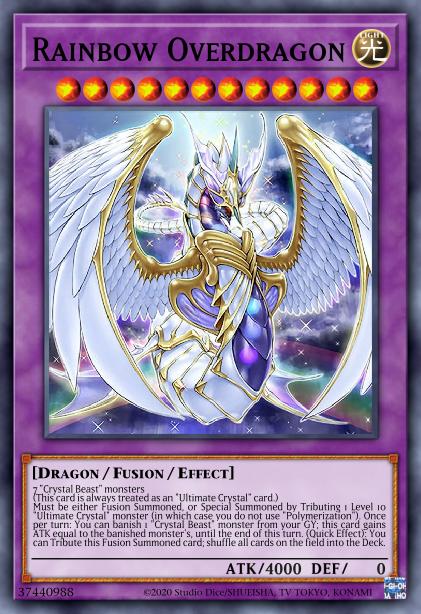 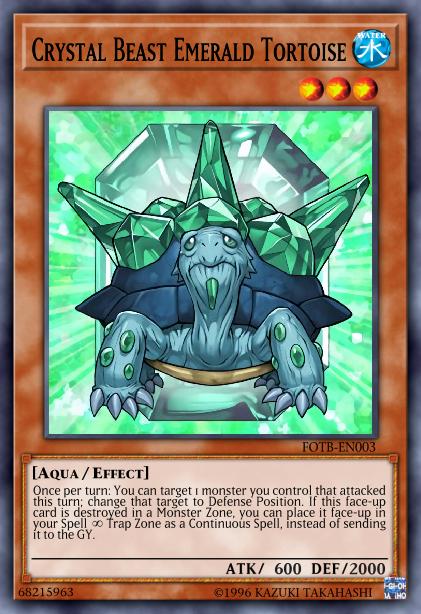 Like with any Structure Deck, there's going to be shiny new exclusive cards. Of those, the only one we currently know of is the new Fusion Monster, an upgraded version of Rainbow Overdragon. It'll be capable of reaching a whopping 11,000 Attack and shuffling away the entire field. The last part is an ability shared by the other two Rainbow Dragon Fusions and a great payoff for assembling the entire Crystal-Squad.

It remains to be seen whether the Structure Deck will produce more cards that ease the Summoning of the Fusions in the vein of Ultimate Crystal Magic, or speed up the process of finding all 7 colors of the rainbow, like Crystal Beacon. One Card that hasn't made its way overseas yet is Bridge of Salvation. Which might look like a gimmicky call-back, but can actually be used in combination with Foolish Burial Goods as an instant search.

Another aspect that's common for old Archetypes receiving a fresh coat of paint is the concept of retrains. Considering ye old Crystal Beast Emerald Tortoise was functionally outdated already on release, it would be painful seeing it get dragged along for another decade due its irreplaceaple name. We're sure there's enough GX Anime material that could be referenced and turned into an alternate Card of sorts. #TurtleRetirement 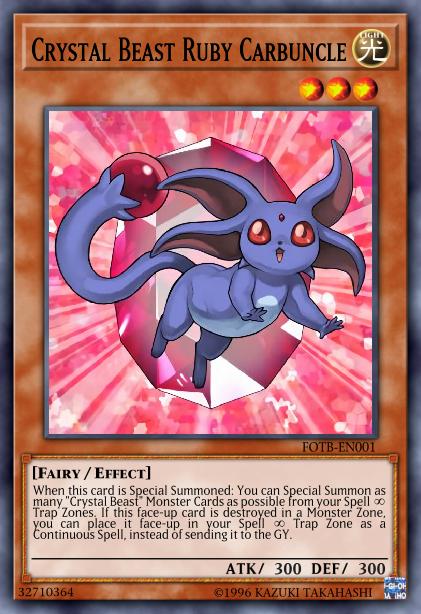 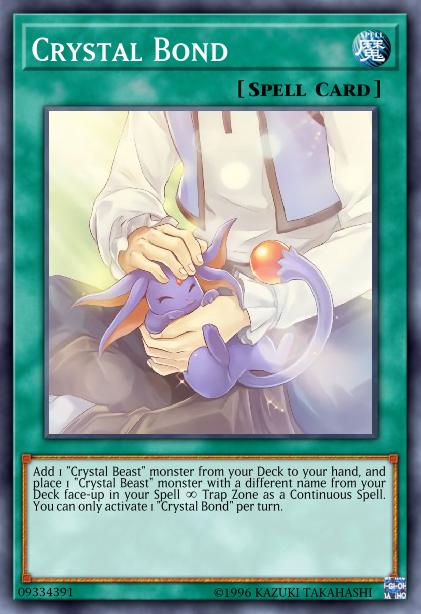 An eternal struggle when building popular Anime Decks is having to deal with a higher demand raking up the prices. Rainbow Bridge and Crystal Bond are modern support from the Legendary Duelist sets and would become more affordable as a part of the Structure Deck. Judging by the fact that they are integral parts of the Deck's strategy, we expect them to make a return. Other than that, a large portion of the Archetype has been part of a myriad of re-releases. Most recently in the Speed Duel GX Box. Since Rainbow Dragon is powerless without all of its companions, seeing all 7 of them make another return is a safe assumption.

With the Albaz Strike Stucture Deck featuring amazing staple reprints, there's at least a chance something to that extent may become the new standard. Either that, or such an amount of generosity will simply stay an exception.

Are you looking forward to the Crystal Beast Structure Deck? What are your expectations? Let us know in the comments below!