A new Forbidden & Limited List (F&L) was announced yesterday. This means that May 9th will mark Master Duel's first change to the Banlist, more than 3 months after release. There are a lot of factors that go into the decision-making when adjusting the F&L list, especially because Master Duel as a format has some distinct differences compared to the OCG/TCG.

Let us delve into how these changes might shake up the meta and what we think they mean for the future of the game.

It's no secret that many players, us included, are quite surprised by Konami's choices. Master Duel's Banlist has closest resemblance to the one that the OCG implemented when it had a similar Card pool. This might explain the overabundance of Semi-Limits, which is commonplace in the OCG. It's irritating nonetheless to see not a single Card get forbidden. Obviously, harsher limitations mean more changes to the metagame, so why keep things stale?

There are a few possible theories concerning this: For one, Master Duel is the first contact with Yu-Gi-Oh for many Duelists. There's reasons to assume that for the average player a complete blowout of their favorite Deck could leave them bitter and reluctant to continue playing. Sure, the CP gets refunded, but the effort they put into learning the Deck's strategy would feel like wasted effort.

Another assumption can be made when comparing the principles Konami followed when addressing the Banlist in Duel Links. In this digital version of Yu-Gi-Oh, bans of higher rarity Cards from Booster Packs would frequently be avoided if possible. Instead, low rarity or earned Cards that were part of a problematic Deck would be targeted.

We can't tell for certain whether any of this is actually the case. Regardless, the point still stands that this peculiar approach will lead Master Duel to an unprecedented format. 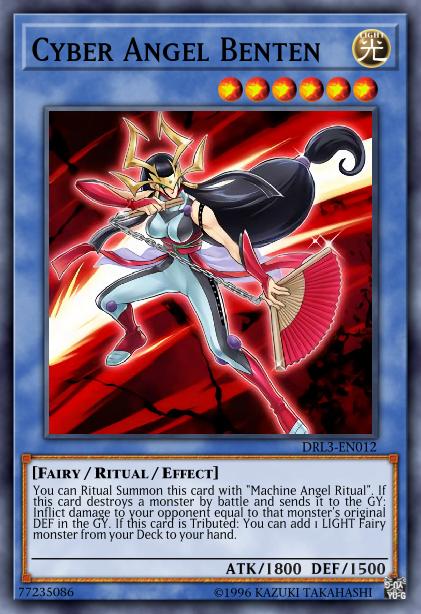 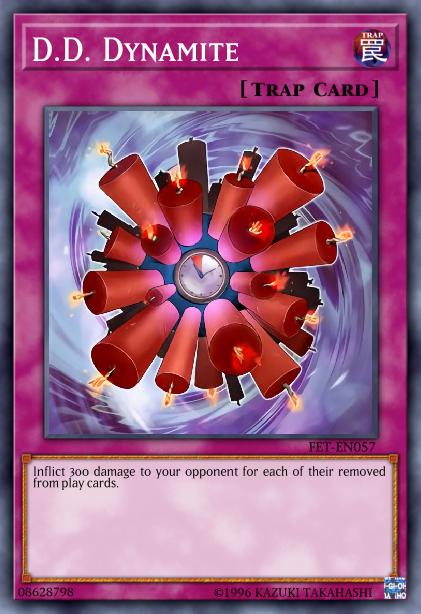 Finally, at long last. "Tribute Benten, effect. No Ash? Add Benten. Tribute Benten. Do it again. Ritual Summon Benten, tribute once more". These shenanigans lead to unnecessarily long combo lines Drytron Decks had to go through. This hit follows the TCG's solution to Drytron, which however was eventually accompanied with the ban of Eva and Union Carrier. On its own, the Deck is still more than playable. Supplements such as Megaliths or Vanity's Ruler can now be considered.

The last limit we are relieved about is D.D. Dynamite. The infamous OTK Deck lost its finisher. This one only goes to 2 copies per Deck, but it might as well be banned now. Trap Trick and Lilith need 3 copies of the Trap to really get things done. At last, there's no need to worry about the Extra Deck size when queueing on ranked anymore. This is great news, since it shows that Konami is ready to adjust the Banlist according to new trends that are specific to Master Duel. One thing to note is that D.D. Dynamite is from the Legacy Pack and cannot be dismantled, which means that the CP refund does not apply.

Lastly, one single unban made its way out of the list. Red-Eyes Darkness Metal Dragon lived through a significant portion of Yu-Gi-Oh's history and is now free to go after the errata to be a hard once per turn effect and summon condition. The rest of the list is not big on avoiding unnecessary clutter, so at least this one won't be doing the same anymore. 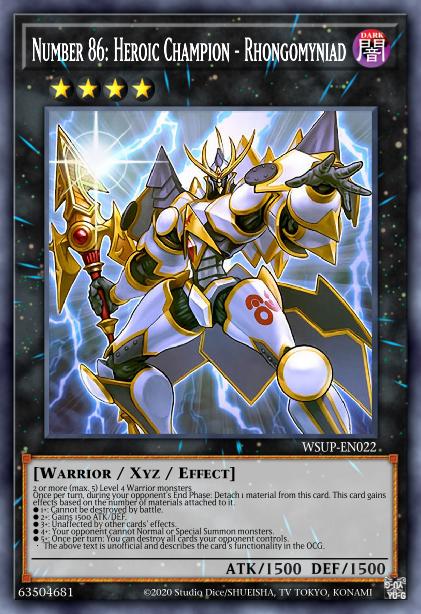 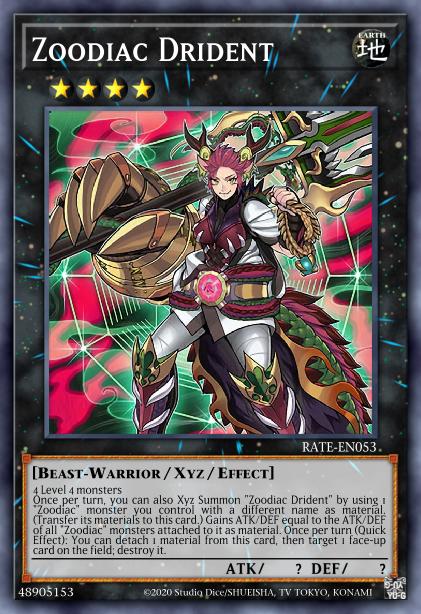 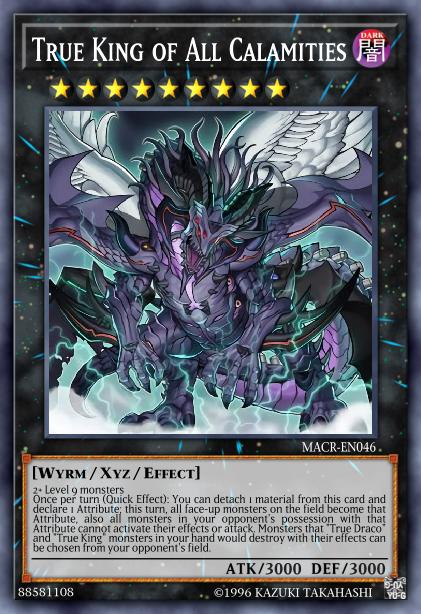 The following L&F hits all skirt around the problematic cards they are associated with. An attempt was made to reduce their consistency as opposed to handling the big bad endboard they help create. As a result, all these Semi-limited N/Rs show up just a bit less often, but when drawn still lead to the same endboard we are used to.

First off, The Phantom Knights of Torn Scales. Phantom Knights in combination with Burning Abyss are capable of Summoning Number 86 and Number 75. A fully stacked Rhongomyniad alone can easily end a game, especially when a ranked format doesn't allow Sidedecking. Getting utterly locked out of any feasible point of interaction makes this Monster problematic. In the same way as D.D. Dynamite, this deck isn't winning tournaments left and right, but trivializes any meaningful back and forth interaction. Torn Scales joins Emergency Teleport and Danger!? Jackalope?, which were already hit to stop access to Cherubini.

A more popular choice on ladder is Eldlich. Conquistador of the Golden Land is arguably a sensible hit to a control-oriented Deck that would notice a lacking copy of a core Card more often, as games went on longer. This goes against what the OCG did, which put Eldlixir of Scarlet Sanguine to a maximum of 2 instead. The difference might ultimately boil down to the fact that Conquistador is not a Super Rare, meaning players won't lose any fancy Royal Finish Cards. The "Bad" thing is that Eldlich gets to keep their turn-ending floodgates. Skill Drain, Imperial Order, and Vanity's Emptiness are still around. The meta will have to sort that out on its own with a healthy dose of Twin Twisters or Cosmic Cyclone.

Tri-Brigade Fraktall is the starter Card for the strongest Deck of the format. The pattern continues in which Fire Formation - Tenki was left out, probably for its higher rarity. In the end, both Cards do functionally the same. What matters most is that Zoodiac Drident has to go. This Archetype had 3 Cards comfortably sitting on the Banlist for years and somehow still gets to stay around and Summon Zeus like it's no-one's business.

Another variation of Tri-Brigade utilizes tiny birds like Lyrilusc - Cobalt Sparrow, another Semi-Limit. For comparison, the TCG decided to ban Simorgh, Bird of Sovereignty and limit Lyrilusc - Recital Starling to make sure the Deck doesn't overstay its welcome. We'll have to see if either history will repeat itself, or the wait will continue until the next best Deck will take its place.

To round all the bad things out, we've got Virtual World Roshi - Laolao. This is one of those picks you'd never expect to make it on a Banlist. Laolao is decent, no doubt about that. But if you already thought the Semi-Limit of Tri-Brigade's Fraktall is a mild outcome, this is basically a free pass by comparison. It shows that Konami is aware of the Decks contending for the top and making slight adjustments to each. Once True King of All Calamities can't be around to skip turns anymore, Virtual World will lose its advantage to more modern strategies. 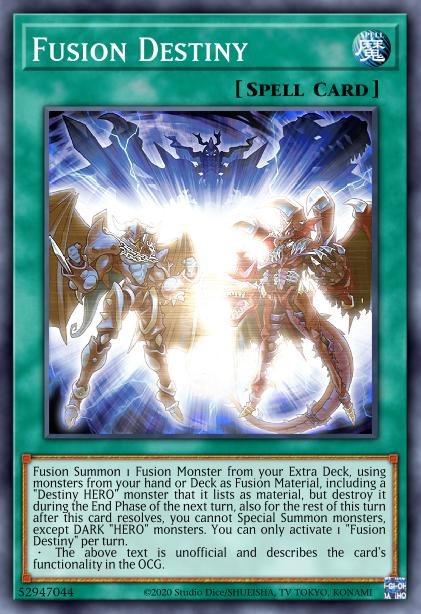 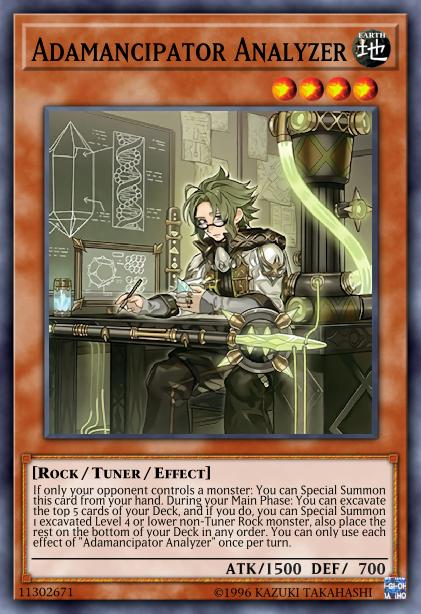 The confusing remainders. There's a lot to unpack with these. For starters we have Fusion Destiny. Now this is a loaded statement. It's what they were referring to with "[...] limitations take into account new cards that will be added [...] in the future." It essentially confirms that the next set, or at least part of it, will release before another F&L list update. A peek into the future would tell you that with the release of "Burst of Destiny" Destiny HERO - Destroyer Phoenix Enforcer will be part of any Deck that can make room for it. So it's a preemptive move that lets us know the near future of the game has already been planned out to a certain degree.

Following that, a trio of questionably rocky origin also made it in the two-at-most category. Sekka's Light is problematic in the way that it limits deckbuilding by not allowing any other Spell/Traps to be used. It's used in a build of Adamancipator and is also a part of the typical Rank 8 OTK Deck that was popularized. Why though? This Card seems to bounce up and down the list sporadically. The OCG has it on 3, whereas the TCG put it to 1. Truely a highly controversial Card.

In addition there's Adamancipator Analyzer and Prank-Kids Rocksies. Listen. These new Cards shouldn't have to suffer for the crimes committed by Block Dragon. It's a powerful Combo Deck that just got Baronne de Fleur and could use some adjustments, but this way we are just hoping that Maxx "C" and Nibiru, the Primal Being will balance it out. We'd rather live in a world without Maxx "C", even if it means losing the funny toy dragon.

Did the Forbidden & Limited List leave you with more questions than answers? Share them with us down in the comments!