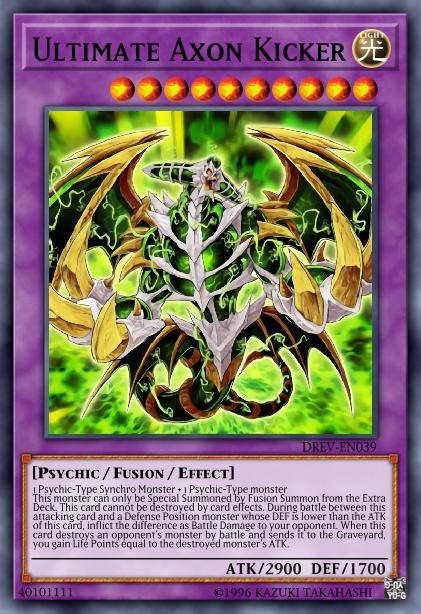 1 Psychic-Type Synchro Monster + 1 Psychic-Type monster This monster can only be Special Summoned by Fusion Summon (from the Extra Deck). This card cannot be destroyed by card effects. During battle between this attacking card and a Defense Position monster whose DEF is lower than the ATK of this card, inflict the difference as Battle Damage to your opponent. When this card destroys an opponent's monster by battle and sends it to the Graveyard, you gain Life Points equal to the destroyed monster's ATK.