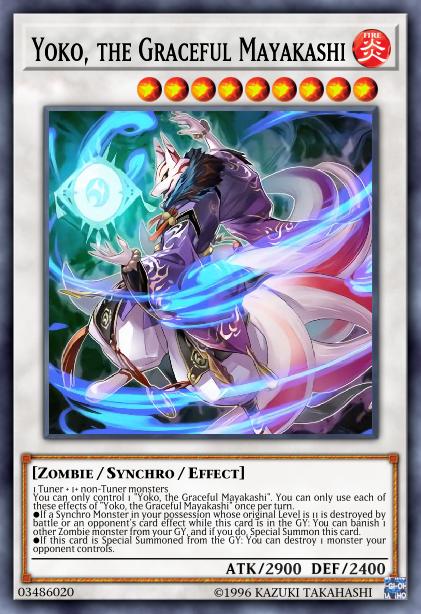 1 Tuner + 1+ non-Tuner monsters / You can only control 1 "Yoko, the Graceful Mayakashi". You can only use each of these effects of "Yoko, the Graceful Mayakashi" once per turn. ● If a Synchro Monster in your possession whose original Level is 11 is destroyed by battle or an opponent's card effect while this card is in the GY: You can banish 1 other Zombie monster from your GY, and if you do, Special Summon this card. ● If this card is Special Summoned from the GY: You can destroy 1 monster your opponent controls.