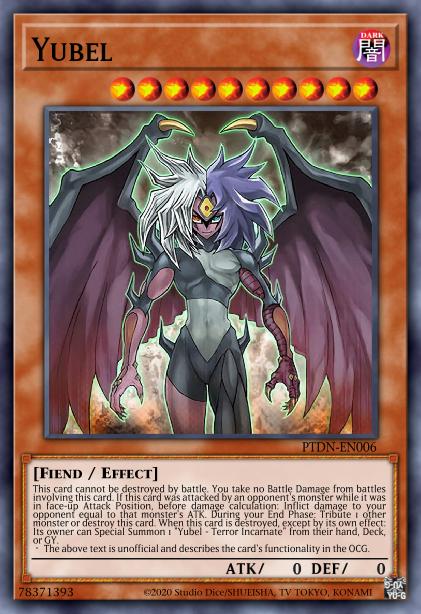 This card cannot be destroyed by battle. You take no Battle Damage from battles involving this card. Before damage calculation, when this face-up Attack Position card is attacked by an opponent's monster: Inflict damage to your opponent equal to that monster's ATK. During your End Phase: Tribute 1 other monster or destroy this card. When this card is destroyed, except by its own effect: Its owner can Special Summon 1 "Yubel - Terror Incarnate" from their hand, Deck, or Graveyard.