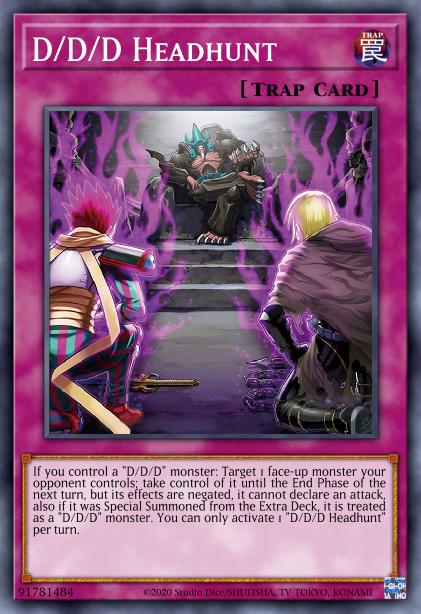 If you control a "D/D/D" monster: Target 1 face-up monster your opponent controls; take control of it until the End Phase of the next turn, but its effects are negated, it cannot declare an attack, also if it is a monster Special Summoned from the Extra Deck, it is also treated as a "D/D/D" monster. You can only activate 1 "D/D/D Headhunt" per turn.