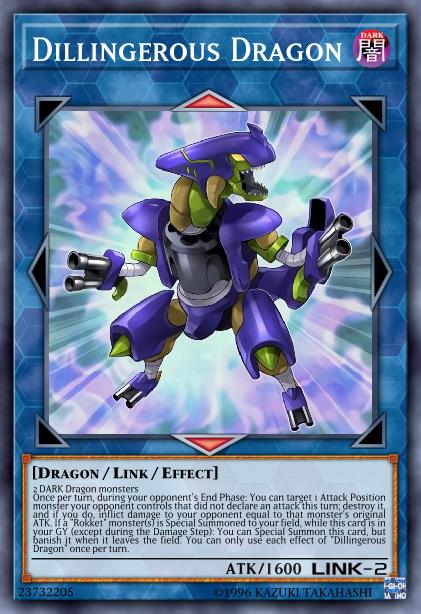 2 DARK Dragon monsters Once per turn, during your opponent's End Phase: You can target 1 Attack Position monster your opponent controls that did not declare an attack this turn; destroy it, and if you do, inflict damage to your opponent equal to that monster's original ATK. If a "Rokket" monster(s) is Special Summoned to your field, while this card is in your GY (except during the Damage Step): You can Special Summon this card, but banish it when it leaves the field. You can only use each effect of "Dillingerous Dragon" once per turn.