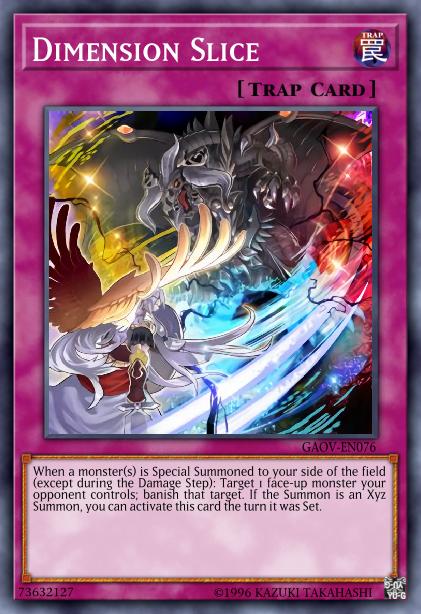 When a monster(s) is Special Summoned to your side of the field (except during the Damage Step): Target 1 face-up monster your opponent controls; banish that target. If the Summon is an Xyz Summon, you can activate this card the turn it was Set.