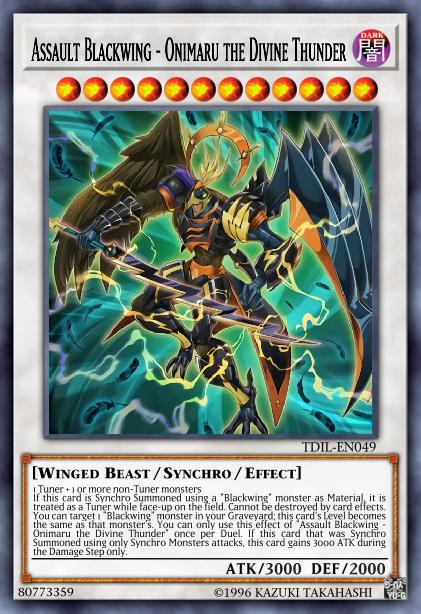 1 Tuner + 1 or more non-Tuner monsters If this card is Synchro Summoned using a "Blackwing" monster as Material, it is treated as a Tuner while face-up on the field. Cannot be destroyed by card effects. You can target 1 "Blackwing" monster in your Graveyard; this card's Level becomes the same as that monster's. You can only use this effect of "Assault Blackwing - Onimaru the Divine Thunder" once per Duel. If this card that was Synchro Summoned using only Synchro Monsters attacks, this card gains 3000 ATK during the Damage Step only.