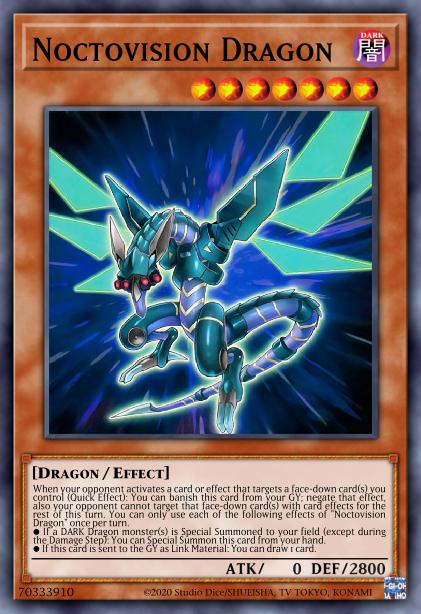 When your opponent activates a card or effect that targets a face-down card(s) you control (Quick Effect): You can banish this card from your GY; negate that effect, also your opponent cannot target that face-down card(s) with card effects for the rest of this turn. You can only use each of the following effects of "Noctovision Dragon" once per turn. ● If a DARK Dragon monster(s) is Special Summoned to your field (except during the Damage Step): You can Special Summon this card from your hand. ● If this card is sent to the GY as Link Material: You can draw 1 card.