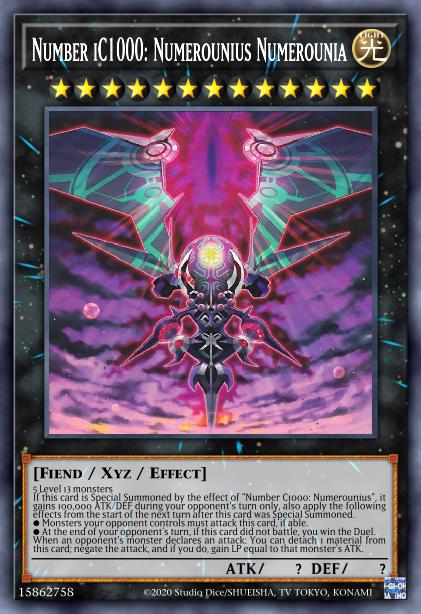 5 Level 13 monsters If this card is Special Summoned by the effect of "Number C1000: Numerounius", it gains 100,000 ATK/DEF during your opponent's turn only, also apply the following effects from the start of the next turn after this card was Special Summoned. ● Monsters your opponent controls must attack this card, if able. ● At the end of your opponent's turn, if this card did not battle, you win the Duel. When an opponent's monster declares an attack: You can detach 1 material from this card; negate the attack, and if you do, gain LP equal to that monster's ATK.