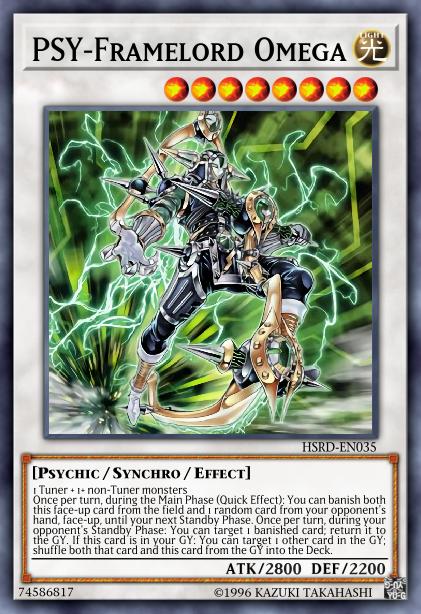 1 Tuner + 1+ non-Tuner monsters Once per turn, during the Main Phase (Quick Effect): You can banish both this face-up card from the field and 1 random card from your opponent's hand, face-up, until your next Standby Phase. Once per turn, during your opponent's Standby Phase: You can target 1 banished card; return it to the GY. If this card is in your GY: You can target 1 other card in the GY; shuffle both that card and this card from the GY into the Deck.