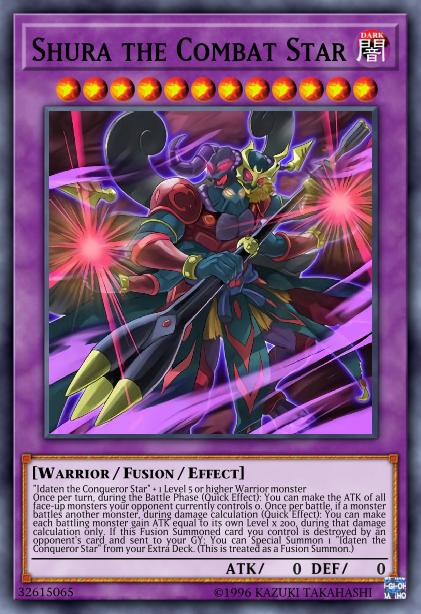 "Idaten the Conqueror Star" + 1 Level 5 or higher Warrior monster Once per turn, during the Battle Phase (Quick Effect): You can make the ATK of all face-up monsters your opponent currently controls 0. Once per battle, if a monster battles another monster, during damage calculation (Quick Effect): You can make each battling monster gain ATK equal to its own Level x 200, during that damage calculation only. If this Fusion Summoned card you control is destroyed by an opponent's card and sent to your GY: You can Special Summon 1 "Idaten the Conqueror Star" from your Extra Deck. (This is treated as a Fusion Summon.)