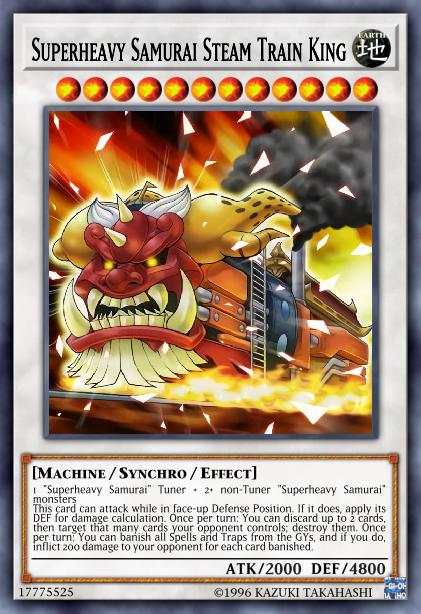 1 "Superheavy Samurai" Tuner + 2+ non-Tuner "Superheavy Samurai" monsters This card can attack while in face-up Defense Position. If it does, apply its DEF for damage calculation. Once per turn: You can discard up to 2 cards, then target that many cards your opponent controls; destroy them. Once per turn: You can banish all Spells and Traps from the GYs, and if you do, inflict 200 damage to your opponent for each card banished.