Valve has announced this afternoon that Artifact, their go at a DotA-themed card game, has ceased development.

The game originally launched in November 2018 to which it didn't meet Valve's or the community's expectations with Valve announcing in March 2019 that they would be going back the drawing board on the game. It wasn't very surprising considering the game dropped off to less than a thousand average players just a few months after launch. (SteamCharts)

A year went by with no updates on the game, not exactly an oddity in the world of titles that Valve ships, to drop a blog post a year later on March 30, 2020 to announce the 2.0 Beta. The beta started in May 2020 and since then received a series of patches but not much in the way of any player engagement.

Both versions of the game, "Artifact Classic" and "Artifact Foundry" (2.0 Beta), are now available for free to the community and will not see any future updates.

Artifact, the Dota 2 card game, shipped in November of 2018. Despite good initial sales, our player count fell off pretty dramatically. This warranted a shift from the service/update development model we'd planned to a full reevaluation of the game's mechanics and economy.

It's now been about a year and a half since the current Artifact team began work on a reboot in earnest. While we're reasonably satisfied we accomplished most of our game-side goals, we haven't managed to get the active player numbers to a level that justifies further development at this time. As such, we've made the tough decision to stop development on the Artifact 2.0 Beta.

However, we recognize that both versions of Artifact still have players and still have value to the community. For this reason, we're opening both games up to make them available for free to everyone. Final releases of both Artifact Classic and Artifact 2.0 Beta (renamed Artifact Foundry) are now available. Technically Artifact Foundry remains an unfinished product, but most of what's missing is polish and art - the core gameplay is all there. While both games will remain playable, we don’t plan to ship any further gameplay updates.

Here's an overview of our final changes to Artifact Classic:

The final release of Artifact Foundry looks like this:

For a detailed explanation of how Artifact Foundry differs from the Artifact Classic, see this page.

We're grateful to all Artifact players, and particularly to those who were able to help us tune and refine what would become Artifact Foundry. The team feels this is the approach that best serves the community. We're proud of the work we've done on both games and excited about delivering them to a much larger audience of gamers.

To install and play now, head over to the store page.

Thanks,
The Artifact Team

Artifact Classic and Artifact Foundry are two versions of the digital card game originally named Artifact, developed through a collaboration between Valve and renowned designer Richard Garfield. Artifact was designed as a deeply strategic card game, but without the limits of a conventional physical board. After a highly polarizing and ultimately disappointing initial release in November, 2018, a small team at Valve reworked the game into what would become Artifact Foundry, and the original game was renamed to Artifact Classic. Artifact Foundry was designed to address as many complaints about the original game as possible, while maintaining its strategic depth.

Artifact Classic and Artifact Foundry are both free, and every player has access to every card in both games. Neither game features in-app purchases.

When Artifact Classic was released, cards were sold in card packs and could be exchanged between players on the Steam marketplace. When the game was made free and every player was given access to all cards, previously-collected cards were turned into Collectors Edition cards. Collectors Edition cards can still be bought and sold on the marketplace between players, but they are not for sale from Valve and there is nothing to purchase in-game.

Artifact Classic and Artifact Foundry both feature global matchmaking, bot play, and various game modes, but the game modes are not identical.

Artifact Classic and Artifact Foundry are both games played between two players who each bring a deck of cards and 5 heroes to a battle spread across 3 lanes, with the goal of winning 2 of the lanes before the opponent can win 2 themselves. In Artifact Classic, the lanes are played in sequence, while Artifact Foundry features a simplified zoomed-out gameplay where you can play in any lane at any time.

Artifact Classic gameplay embraces unbounded lane capacity for units, allowing for massive armies to clash with one another. Players choose to play powerful spells and resources into each lane, pressuring their opponent while balancing their momentum as enemy towers fall, or friendly towers come under threat. It features a large number of random events which skillful generals must mitigate with forethought and arcane knowledge.

Artifact Foundry gameplay gives more direct agency – almost all random elements aside from a shuffled deck have been removed – and the gameplay is more focused on heroes, which have been given a significantly more powerful role. In addition to heroes, almost every card in the game has been reworked at least somewhat to be somewhat more impactful, fun, and easier to focus on. Over 100 new cards and 20 new heroes have been introduced in Artifact Foundry. 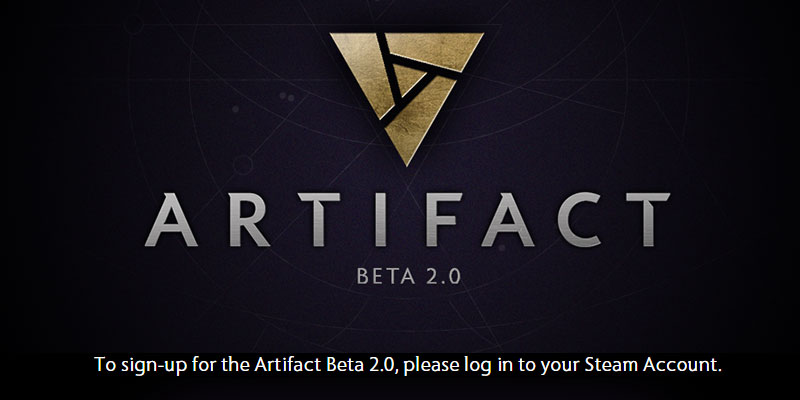 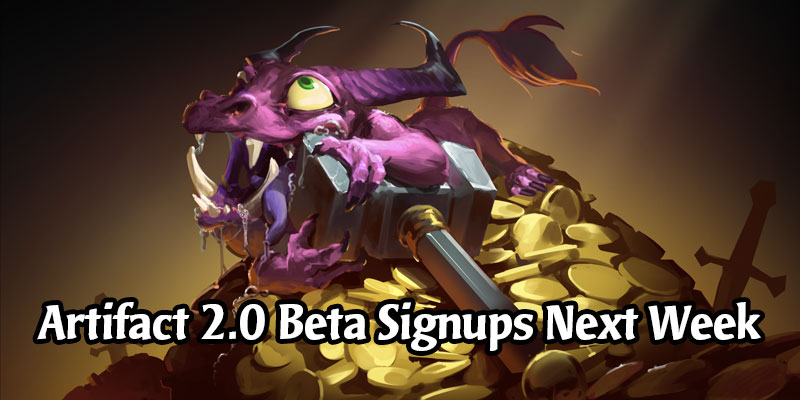 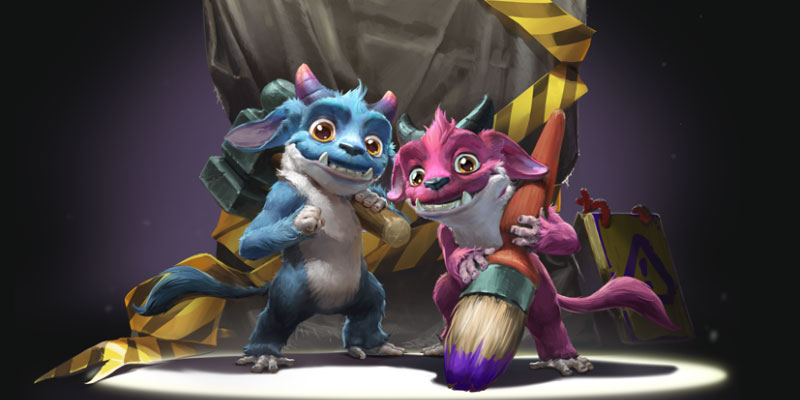