What is Colossal in Hearthstone?

Hearthstone has many card effects that are common enough that they get their own keyword - a word or two that immediately tells you how the card works. Let's take a look at the Colossal keyword.

Enters the battlefield with +X tokens.

Keywords that Work Great with Colossal

Colossal minions will summon additional tokens that will synergize with the original minion, and since you'd ideally want both of these cards to stay alive to synergize with each other, minions with Taunt will do a bigger service in protecting all the integral pieces and therefore you may want some on the board when you play a Colossal minion to keep all the pieces safer as they all work stronger when they are together.

Giving the tokens some form of immunity if possible can also help make the base card stronger.

Playing Against Colossal in Hearthstone

What all Colossal minions share in common is generating extra pieces on the board. Any type of board clearing effect will be useful as it can get rid of the both the token(s) and the base card all at once or at the very least, it will weaken them quite a bit. If your opponent is playing a Colossal minion and suspects you to be holding a board clear, they may try to bait it out of you first before playing their Colossal minion.

Do remember that the extra tokens will be summoned even if the minion isn't played from hand, so attempting to cheat the minion out for your opponent will not be wise. 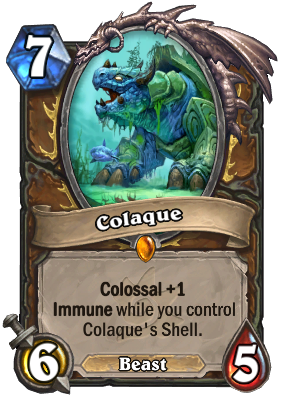 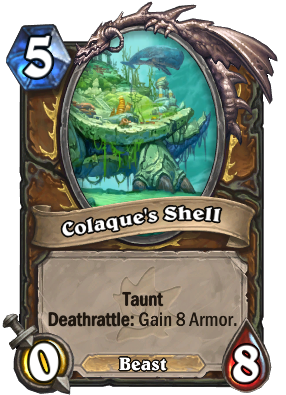 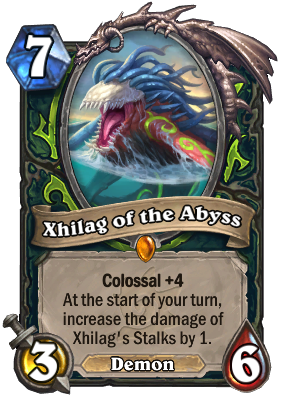 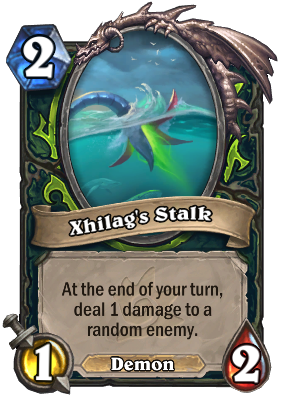 Colaque is a Legendary Druid minion that summons a 0/8 Taunt minion that renders Colaque Immune while it's on the board. The Immunity on Colaque isn't as significant as it may seem at first since minions would need to attack the 0/8 Taunt anyway before getting to Colaque, but it will still protect Colaque from damage and targeted destruction effects while active.

Xhilag of the Abyss is a Legendary Demon Hunter minion that summons four copies of Xhilag's Stalk, each of which are 1/2 minions that deal damage to a random enemy at the end of the turn. Its base damage starts at 1, but this will increase by 1 each turn Xhilag itself stays on the board, and therefore you want to try to use Taunt minions to protect it.