What is Windfury in Hearthstone?

Hearthstone has many card effects that are common enough that they get their own keyword - a word or two that immediately tells you how the card works. Let's take a look at the Windfury keyword.

Can attack twice each turn.

Windfury is a mechanic that allows a character to attack twice in one turn. This can be used aggressively by dealing extra damage to the enemy hero, or defensively by attacking two minions, or even a "hybrid" plan by attacking a hero, then a minion. Windfury can effectively double the effectiveness of Attack buffing effects. An "upgraded" version known as Mega-Windfury also exists.

Windfury is largely associated with the Shaman, but can be found on several Neutral cards.

Keywords that Work Great with Windfury

Windfury is useful with Rush or Charge to allow the minion in question to attack and take advantage of Windfury immediately. Lifesteal can be applied to a Windfury minion do double the healing achieved from it. Divine Shield can allow a Windfury minion to kill a minion without taking damage, and then attack again. Stealth will shroud a minion, allowing it to be used to protect a Windfury minion and make an attack with it next turn more likely. Poisonous can similarly be used to kill two minions.

Playing Against Windfury in Hearthstone

Windfury is a relatively rare keyword, meaning that it won't be encountered often. Because Windfury minions are often weak in terms of stats, they are easier to kill, and can be dealt with before their Windfury ability can be used. Taunt minions can also protect you, and can waste a minion's Windfury if it can't survive an attack against it. 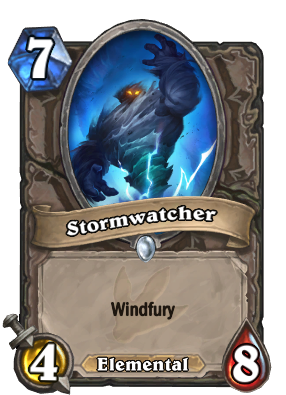 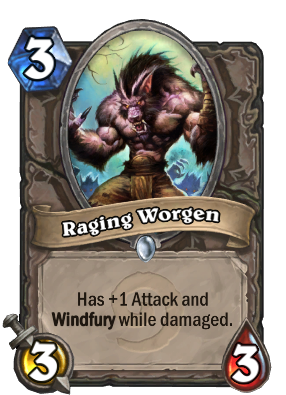 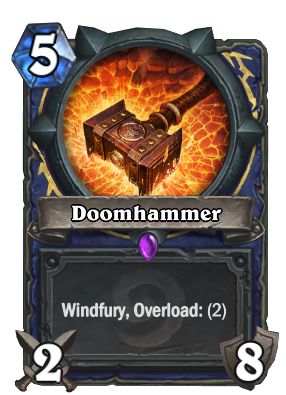 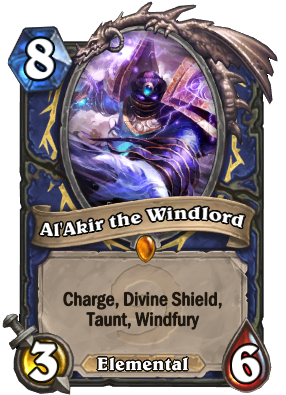 Stormwatcher is a minion that has Windfury and no other ability. With high Health, it can survive attacks without dying, although it is often suspect to removal. It did however see fringe play to trigger the Windfury of Corpsetaker.

Raging Worgen is a minion with gains Windfury (and +1 Attack) while it's damaged. Although it isn't played in most metas, it did have a Warrior combo deck back in the day.

Doomhammer is the only card in the game that grants Windfury to a hero. It can be fairly strong with Rockbiter Weapon, although this combo is not as good as it previously was.

Al'Akir the Windlord is the Classic Legendary for Shaman, combining Windfury with Charge, Divine Shield, and Taunt. It however has very low stats for an 8-drop. It can be strong finisher with Rockbiter Weapon, although this combo has been nerfed due to the nerfing of the latter card.