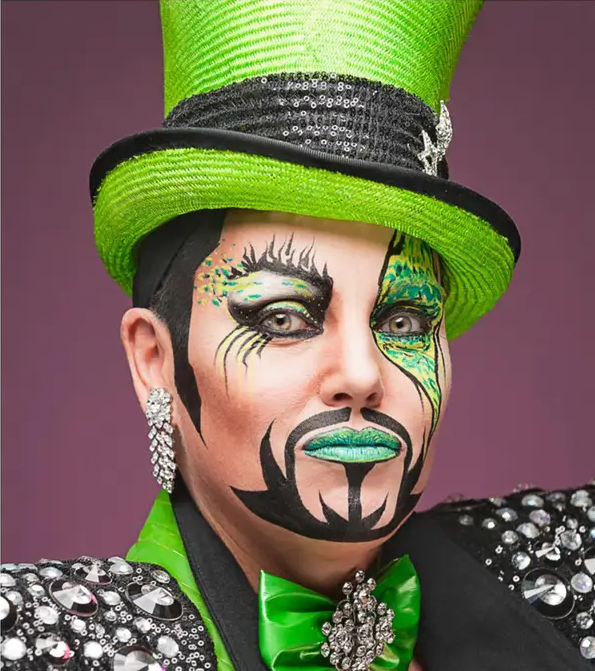 Reno in Drag is my Dragon variant on Renolock.  Yes the curve looks crazy, but read below for more on how you get away with that.   Goal is to survive until you cheat out something big early, and continue surviving and cheating cards out until you can coup de grace the opponent.

Updated 02/15: As the deck has gotten quite a few views, and I have been continuing to play it and enjoy it as the fun deck it is, thought I would add some more stuff to the guide.

Updated 02/21: The deck dropped from upper 50s in win percentage to lower 50s as I approached the rank 10 floor.  Getting from 11 to 10 was rough, so once I made it, tried to lower the curve and add some techish cards.  Chaos Gazer has a little combo busting potential, and even when it doesn't can still throw off a curve or a plan.  And the Bad Luck Albatross needs no explanation.  Swapped Blackwing Corruptor back in as it was missed.  Worked Skulking Geist in, too, for a chance against Jade Druid, and just a little more hand/deck disruption.

Took out the Mountain Giant (still a good sub for cards you might be missing, but the deck is plenty beefy), the Cobalt Spellkin (hand management issues and anti-synergy with the Skulking Geist),  the Wing Commander (often not as impactful as desired, given most decks treat everything as a soft taunt anyway), and the Dragonmaw Scorcher (plenty of better board clear in the deck).  This did reduce the dragon count by two, but smooths the early play quite a bit.  I got back to bonus star earning again, which I had not had for a few ranks.

Now that week 4 has made some more cards available, I traded Chromaggus for Escaped Manasaber to add another mana-cheating card.

As an expensive deck, you may naturally need to sub, especially because as a 'fun' deck, you should NOT craft cards just for this, unless you wanted them anyway and have other uses for them.  Because of that, I will start with this section, and include reasons for core cards, too, as context for the rest of the guide.

Show Spoiler
There are some cards that are pretty essential to the deck.  All the mana-cheat cards are core.  This list features six cards that are either direct or indirect mana cheats.  Frizz Kindleroost, Emperor Thaurissan, Bright-Eyed Scout, Utgarde Grapplesniper and now, Escaped Manasaber are five of them which pull major weight helping with expensive costs and cheating value.

Deathwing, Dragonlord is an indirect mana 'cheat', by its ability to summon well over 10 mana worth of cards into play. These cards are the 'engine' that gives the deck its real 'bite'.

Of course, Zephrys the Great can act as a seventh mana cheat if you take Wild Growth from him on turn two.

Show Spoiler
Likewise, as a Reno deck, all of the Reno variant cards are pretty hard to do without.  Reno Jackson himself is crucial to have enough time against many decks.

Zephrys the Great is your primary tech card, and doubles as yet another potential mana cheat in more vanilla match-ups.

Dragonqueen Alexstrasza is the bridge between both archetypes, tripling down as potential random tech (like full life restoration, removal, taunt, etc. off the free dragons she can give you).

Show Spoiler
The other dragons are important, also, mainly to empower that big cheat, so if you have to sub for them, might be best to sub other dragons not in the deck, like Bone Drake, Evasive Wyrm or Drakonid Crusher.  There are several less expensive dragon options, and a few more expensive ones, but I like the 6 cost ones because they cheat out a little earlier off of Escaped Manasaber, and are big enough to have impact when cheated out by Deathwing, Dragonlord or Utgarde Grapplesniper, while at least gaining a slight reduction from Bright-Eyed Scout.

Non dragon substitutions may address that the deck has almost no tech at all (except cards you get from Zephrys the Great or Twisted Knowledge or any other random card generator).  You can sub tech in, based on what you are seeing in the meta or prefer to have an answer for.  There are not really any 'tech slots', but if you are missing cards in the list and looking for non-dragon subs, those are your tech slots.

So, following from the above, one constant, almost regardless of match-up, is that you always want to try to get at least one of the direct mana-cheat cards.  Any/all of the four mana cheats are preferred, with the order being Frizz Kindleroost, Escaped Manasaber, Bright-Eyed Scout.  The 6 mana cheats are worth keeping one of in some match ups (especially if you have The Coin or Escaped Manasaber) and do not have Reno Jackson (preferred to the 6 cost mana-cheat cards).

Reno Jackson is almost always a must keep, unless you are pretty confident it is not a fast deck (pretty safe bet against Priest, for example).

Zephrys the Great can be a great keep if you lack other cheats or have only 6 cost cheats, as Wild Growth is a good choice early against any deck that you wont require him for silence or secret busting tech later.  It is important not to use him as a mana cheat if you are playing against Ice Block, anything that requires Mass Dispel, or if you will need reach late for a Malygos win.

Other keeps are usually just anything you can cast, prioritizing removal.

The deck is so top heavy, you will often have to toss most or all of your cards.  Don't despair if cards just as bad or worse come back... if you do not get a 4 cost cheat, most early turns are spent drawing anyway.  As with all hand lock decks, tracking hand size is pretty critical.  Myself, if I start the game with Frizz Kindleroost (or even Bright-Eyed Scout) in hand, I consider skipping hero-powering, as I do not want to pull too many expensive dragons before cost reductions are applied.

As wild is a lot less static than Standard, I am just going to give a very quick and dirty high-level overview here at this time.  If the deck continues receiving views and likes, I may expand on this with some specific match-up tips and tricks, but this is just very general for now.

Reno in Drag is most effective against other creature based decks that are mid-range, value, or attrition oriented.  It is about even or slightly favored against control, with the exception of control decks built around a control strategy which makes the combo deck immune to creature damage.

Unless you get god draw power plays that let you smash early, or luck into early board clears followed by Reno, this deck will get decimated by hyper aggressive decks.  If you find any particular tech for that, let me know, but just saying, this is not the deck to play against agro.

Combo decks can also be tough.  It has no silence effects (except cards off Zephyrs the GreatBADCARDNAME) that will overcome decks built around certain creature combos.  Any deck which is built to basically not die to creature damage (most Priest res decks, mill decks, or Jade Druid) will also defeat this easily after a very long game, unless you find an alternate win condition off of Twisted Knowledge (like Rin, the First Disciple), or can pull off Alexstrasza followed by a minion attack and Malygos + burn, or disrupt their plan with the Skulking Geist or some Chaos Gazer luck (against some decks, you may want to wait until they have enough mana to cast Mecha'thun, but otherwise I generally play it early).

This is another section I am just going to start for now, and may add to later if questions are asked about choices, or if the deck continues to get views and likes.

Malygos is in more for dragon synergy and a little reach, and with the exception of Nether Breath, you have to get direct damage cards for him from Twisted Knowledge, Cobalt Spellkin, Zephrys the Great, Kazakus, etc.  Its actually a fringe win-con, as the deck has a good shot of killing with minion damage against any deck that is not immune to that sort of thing, or just too fast.

Twisted Knowledge can pull cards of little relevance, for sure, however, it can also surprise you when used as 'tech' with timely taunts, removal, life gain, or even alternate win conditions.

I appreciate you reading this and especially trying it out, if only in Casual or at ladder ranks where there are floors.  I enjoy reading comments, watching replays with cool finishes, and answering questions.

Feel free to share your variation ideas as I am sure most people will need to sub some things here or there, given it is a costly deck (DONT craft stuff just for this, sub things instead).  Thank you for your likes, up-votes, or comments/questions!