United in Stormwind provided Demon Hunter's with a neat Fel spell package that tops off with Jace Darkweaver (Who ironically has nothing to do with darkness or weaving). Fel Forever w/ Malicia intends to utilize that Fel package, along with Soul Fragments from Scholomance, to create a Demon Hunter archetype that's a little more slow burning. Will it work out? Will it just be worse than OTK DH? Well, we'll just have to wait and find out.

Fel Fire Fun: Jace Darkweaver is the shiny new centerpiece that this deck revolves around. United in Stormwind provides the bulk of this package with powerful spells for Jace to cast in Fel Barrage and Chaos Leech. Also coming along is the critical Felgorger, and less critical Metamorfin. Use the power of Fel in the early game to control the board, and then do it again in the late game with Jace to finish off your opponent. 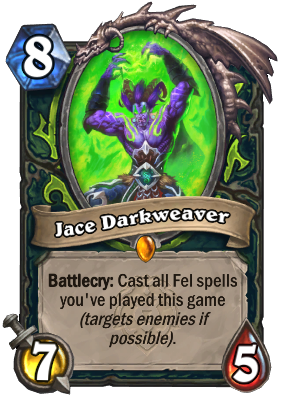 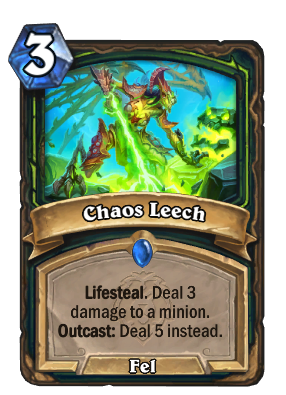 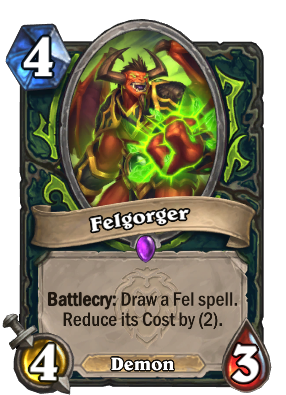 Back to Soul: Soul Fragment Demon Hunter in the past was a fast paced burn deck that used the fragments to gain Attack and clear the board. Here we still use Soul Fragments to control the board with Shardshatter Mystic and Soulciologist Malicia, but we'll also be relying on them for a bit of healing. Marrowslicer also represents 8 extra damage we can levy to close out games or control the board. 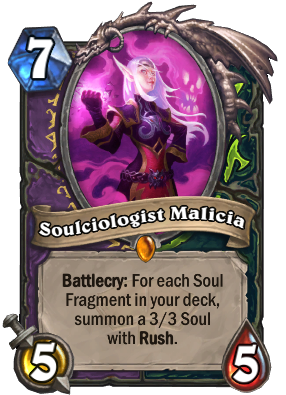 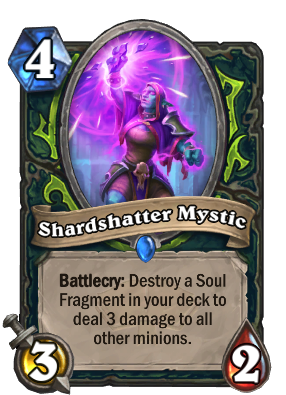 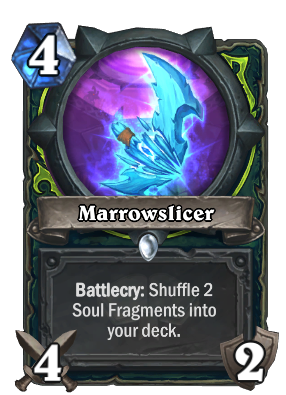 Angerfist Ogers: Irebound Brute makes an important appearance in the deck since he really ties everything together. Not only do Soul Fragments provide valuable healing, each time we draw one counts as drawing two cards! With that and other sources of Draw, Irebound Brute should often cost 3 or less and function as a sturdy roadblock against our opponents. Royal Librarian reduces the cost of our Brutes for cheap while also being a solid tech card in it of itself. Taelan Fordring is here to tutor out Jace but can also pull our other power cards if Jace is already in hand. 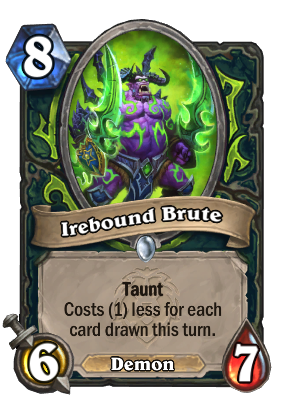 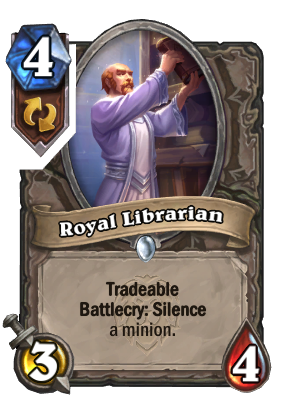 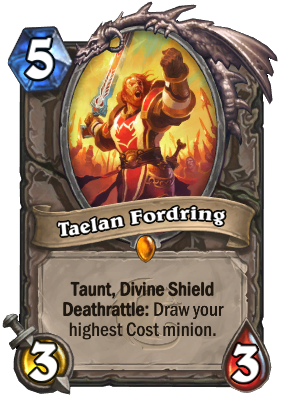 Value Whelming: In order to go toe to toe with other Control decks that may or may not exist, we'll need some value. Is what a normal Control player would say, but we're playing Demon Hunter. The only card generation in this deck comes from two copies of Illidari Studies and Zai, the Incredible. Zai is still a very important piece of the puzzle as she's here to provide incredible value by copying any one of our heavy hitters (or just more ogers). 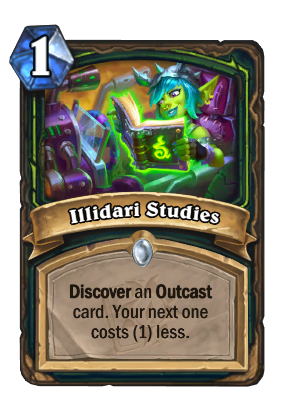 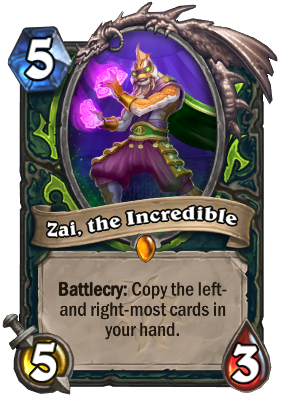 Against Control
Mulligan for: Card draw, Illidari Studies, Zai, the Incredible and Taelan Fordring if you're certain they're slow.

Sigil of Flame
Very curious about Sigil of Flame in this deck. Although I don't think it's very good played normally, when cast from Jace it'll make it tough for your opponent to immediately build up again giving you some breathing room.

Youthful Brewmaster
Solid replacement for Zai, the Incredible and might just be better since you can avoid any funky hand management. I'll definitely experiment with a version of this deck with two Youthful Brewmasters and a Sigil of Flame. Theoretically the Brewmasters would increase the amount of burst you could pull off. 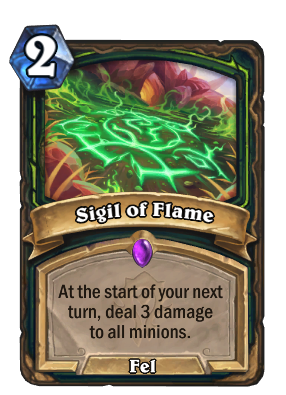 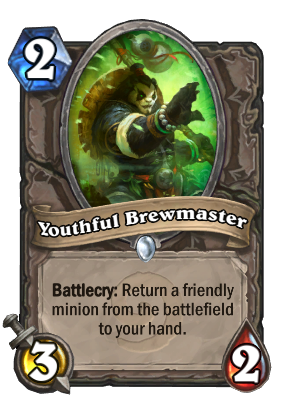 Thank you so much for reading my guide!