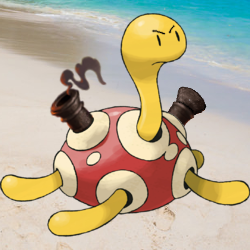 (Originally posted on Hearthpwn. Part of a series of themed decks.)

Knuckles' agent walked into the gym wearing a wide grin. As a goblin he was more wily than most in the Grimy Goons and had managed to barter with the Jade Lotus to let him and Knuckes stay in Gadgetzan when they took over 2 years ago.

"Hey, Knuckles! My man" he called out to the large gorilla slumped in the corner. "Look, I know things have been tough since the Lotus kicked the old Don out of town but -"

Knuckles snorted and pointed at the pile of empty banana skins next to him. "What? Bananas?" his agent answered with glee. "Well, that's why I'm here! You see I was talkin' to Gallywix the other day and he says he and the Bilgewater Banana Company would love to sponsor you, offering a lifetime's supply of bananas!"

Knuckles' face lifted and he immediately sprang up in excitement. "Settle down, settle down." continued his agent. "I know, it's great. But here's the thing, Gally doesn't think you're up to the job as it is, and you're going to need to be made a teensy bit - maybe a lot - bigger. Here, take a look."

The goblin rolled a battle plan out on the table and proceeded to explain what was going on with all the arrows criss-crossing the parchment. First he pointed at what looked like a crude drawing of a zoo. "Don't ask me how Gally knows The Curator, but he has managed to convince the guy to bring his pets along draw cards and act as a distraction. No beasts though, that's very important. You're the only beast good enough for this rodeo."

'Draw cards?' Knuckles thought to himself. As a self-proclaimed hunter it had never occurred to him to draw cards before.

Next the goblin pointed to a picture of some troll archers. "Gally's managed to pull some strings and got Zul'jin on board. I think Halazzi's Lynxes might want to sponsor us too. Regardless, he'll supply archers for crowd control, and he sounds particularly keen to try out his Crushing Walls. Who can blame him?"

"What am I doing in all this?" Knuckles asked in a way even his agent could barely understand. "That's the best bit!" replied the goblin. "You don't have to do anything really! Don Han'Cho will help an old pal out and smuggle in a few crates of goodies for you to eat while the rest do their thing. You just toughen yourself up and boom, Emeriss will make you super-powered. Your silly opponent will no doubt think you're King Krush and feel safe behind a taunt, but then you swoop down and use The Beast Within you to give 'em the old one-two. They'll be knocked out before they know what's hit 'em."

Knuckles leaned back and adopted the same smile as his agent. A lifetime's supply of bananas just for a couple of punches? And Bilgewater Co. bananas at that; they're the best bananas around. He nodded his assent before pointing to the last bit of the plan not yet covered, which read "". "Don't mind that, I was just letting my dreams get ahead of me thinking what if we could call on Emeriss' powers more than once..."