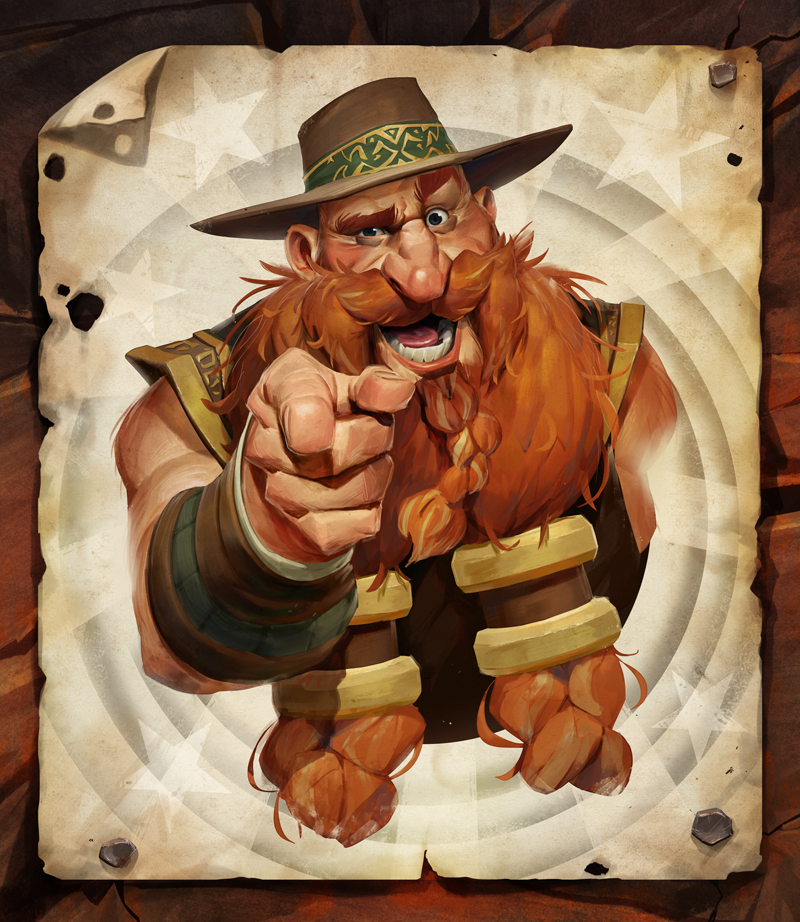 This is my variation on Esparanta's Reno! Where are My Spells? from a couple of months back. I was able to get to Rank 5 on Wild Ladder (in November 2019) with this deck (from Rank 10.) While Esparanta went with two minions in his deck, my deck pushes the deck to five minions. 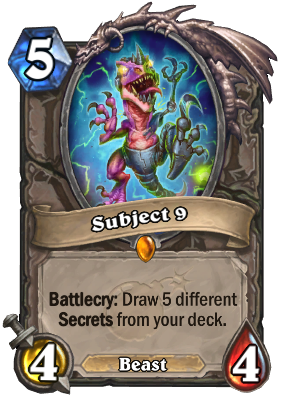 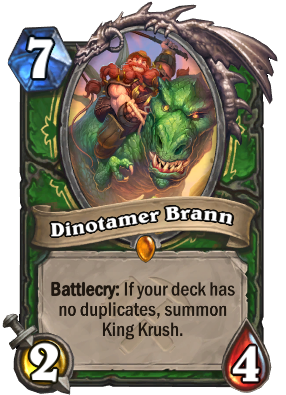 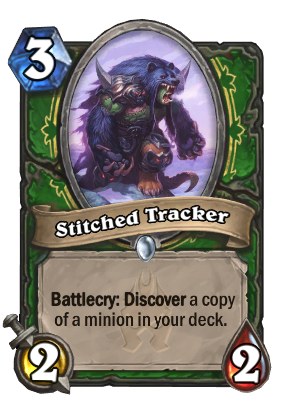 Reliability Is the Game:

While I was looking at Esparanta's deck, it was Aurin777's idea to include Stitched Tracker. I included it and wow it is a powerful card. While there are new and very shiny legendaries, the MVP is Reno Jackson. For Mage matchups Reno Jackson is the most important card to get to. In order to survive many different match ups I rely on hunter's unique-ish ability to discover a card from its deck using Stitched Tracker and Master's Call to help deliver whatever is needed to my hand. Often times, I don't need cards but if I do then I pull Subject 9 on turn 4, play Subject 9 on turn 5. Then play three secrets on turn six and my deck has become thinned out of cards to help pull better more powerful cards. Sometimes, I even burn a card because the next turn is so powerful (I especially don't mind doing this if I already have what I need in my hand.) A nice turn 7 can be Dinotamer Brann on curve. I believe that more than five minions in this style deck would break the deck's discover pool for Stitched Tracker and Master's Call. This deck may not be the most powerful out on Hearthstone by a long shot but it is insanely reliable and when your opponent doesn't know about this deck then it is even more powerful.

Sometimes, you will have a deck capable of 16 damage in a turn! This is dependent on getting the The Coin. The combo is pretty simple:

-The most powerful cards to play before Zul'jin are Crushing Walls and Call of the Wild. Some targeting spells can backfire and kill your own minions but can be helpful when dealing with aggro decks so be mindful of the cards that you use. Also keep in mind that Zul'jin can play Flare without concern for Counterspell this may open up lethal sometimes.

-Play on Curve and don't worry about running out of cards in your hand. You should be able to get something with Subject 9, Hunter's Pack, and Deathstalker Rexxar. Plus you have cards that can conditionally help you like quickshot, Master's Call, Flare, Secret Plan, and Marked Shot.

-For mage decks, try to activate their secrets and leave them secret-less so their minions have nothing to activate against. The hardest secrets to deal with are Duplicate and Ice Block...

-Try to play Cat Trick, Venomstrike Trap, and wondering monster earlier and Snipe later around turn 3 or 4 so they play a three or four mana minion into Snipe.

- Zephrys the Great can't read your mind so you have to leave it with the mana that you need to do the task you want. Check out Hearthstone Top Deck's article

A Quick Note of Caution:

While this deck was used on the ladder, this is not the best deck for laddering quickly.

I wanted to ask OOC to help me to refine this deck. Remember that all lists must include a minus and plus list. I don't think this deck can sustain more than 5 minions in the deck or else certain components become less reliable such as Stitched Tracker and Master's Call.

I found a very different version of this deck on HSReplay.