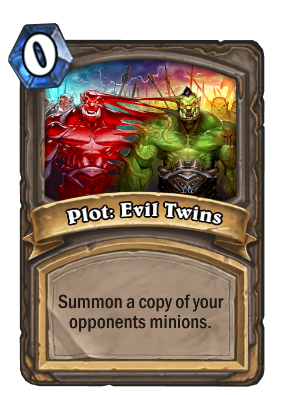 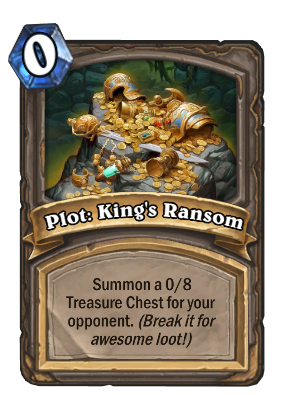 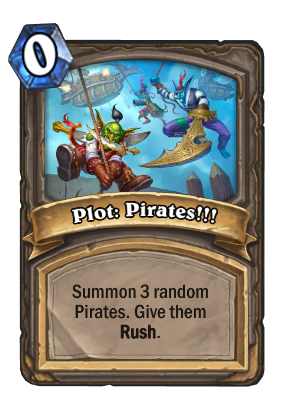 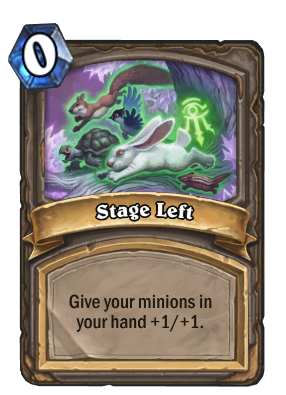 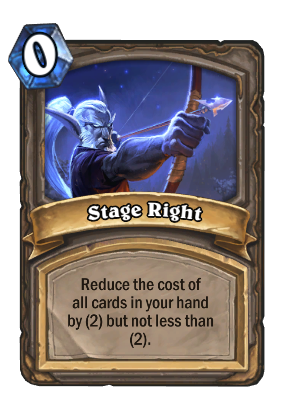 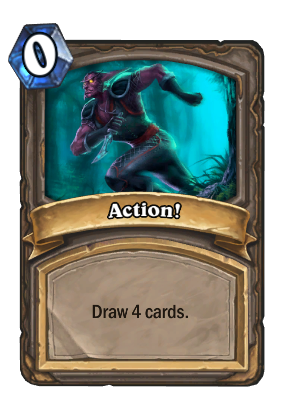 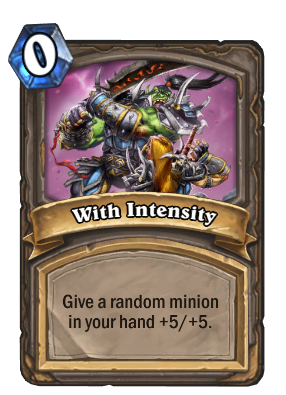 Here are your hero choices. Each hero has a different deck.

Beasts! Moonfang makes a legendary appearance in the brawl alongside Mankrik who is still looking for his wife. Cost reduction through Stage Right feels like a strong play, allowing your AI to hopefully spam out some of your beefier minions all in one go. A real dream would be to see a With Intensity dropped onto Moonfang though, the staying power would surely push games in your favor.

Stage Right can be an effective card to let your AI play more spells quickly, and both Plot: Evil Twins and Plot: Pirates!!! can help establish board presence which is lacking in a spell mage deck.

The biggest downside for directing your AI is that if you end up with Stage Left and With Intensity in your choices for the turn, they are both useless. Similarly, Action! feels like a card that doesn't get much use after the first couple of turns since you're likely to have a ton of cards in your hand after that point. This brawl is certainly one fun way to experiencing the archetype though!

Anduin is rocking out with some great Control Priest.

Xyrella joins the fun alongside Condemn (Rank 1), and Hysteria. Discover also makes a core appearance with Palm Reading and Draconic Studies providing useful ways to to earn some solid cards and cost reductions for your deck that is heavy on spells or that fresh Dragon you just Discovered.

Ultimately, we're hoping for a bit of luck here because Evolve mechanics can be crazy good but you've also got the chance for them to go horribly wrong. I've had more success so far with trying to bait out the Corrupt cards from the deck and relying on an early Action! to get some much-needed cards in hand. Stage Right is absolutely required for wins though against some of the other heroes who are just pumping out aggression.

If you guess that the PIRATE KING, Garrosh, would be playing with Pirates, you'd be correct.

The Pirate synergy makes it quite obvious that Plot: Pirates!!! is an essential play when available and the board space is there. Starting off with Raid the Docks, which unfortunately is not completed automatically if you can play the aforementioned "Plot: Pirates!!!" card, is quite important to keep in your opening hand to increase the chance your AI will play it on the first turn - you'd be surprised.

Getting the weapon from your first quest early can be quite important because being a deck with Pirates, you've also got weapon synergies. Defias Cannoneer, a new card in the Deadmines mini-set, stands to help clear out boards efficiently, paving way for face action should your AI choose it. Fogsail Freebooter can also be a source of control early on, though the AI might just hit you in the face with it anyway so who knows?

The brawl can be quite a bit of fun even if the AI doesn't make the best plays. It's like all the Esports events where you get an opportunity to scream "BUT YOU HAVE LETHAL" at your monitor as you become quickly disappointed when they hit themselves in the face instead. Very neat change in pace for a Tavern Brawl from Blizzard.