What is Allegiance in Legends of Runeterra?

Legends of Runeterra has many card effects that are common enough that they get their own keyword - a word or two that immediately tells you how the card works. Let's take a look at the Allegiance keyword.

When you summon this, gain a bonus if the top card of your deck matches its region.

For Demacia! For Noxus! For (Insert Region Here)!

Show off your Allegiance to a particular region by playing a deck that is mostly (or exclusively) of that region. That will ensure that you always have a card on top of your deck from that region, to benefit from the keyword. It's simple science.

Keywords that Work Great with Allegiance

Most Allegiance bonuses are stat-related or summon another unit, meaning Overwhelm is a great keyword to pair with it. Allow your dedication to boost your allies' morale, and then plow through enemies to hit that Nexus!

Playing Against Allegiance in Legends of Runeterra

Allegiance comes from deck-building, so unfortunately there is not much that can be done about it. If your opponent built their deck properly, they should be able to proc the bonus with regularity, so...pray that they didn't?

That said, if your opponent is playing Allegiance for a region, you will know that they're mostly (if not entirely) dedicated to that region meaning those will be the prime cards for you to play around. 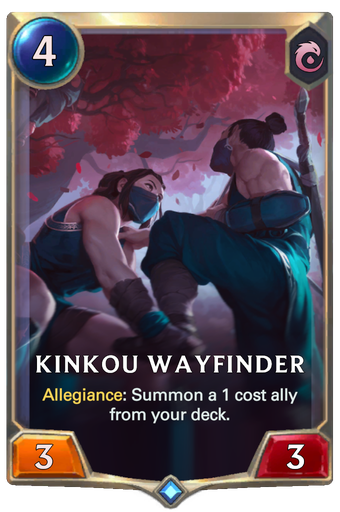 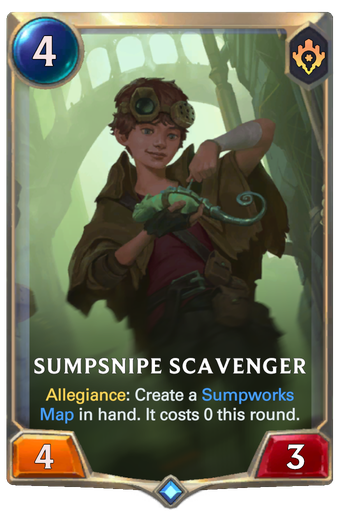 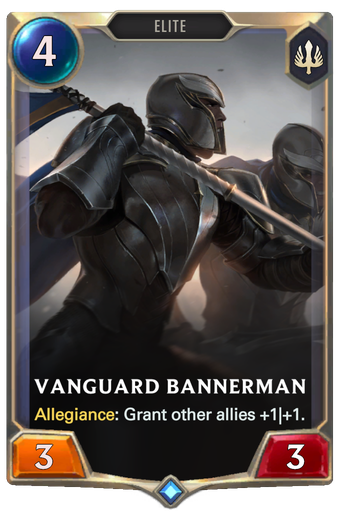 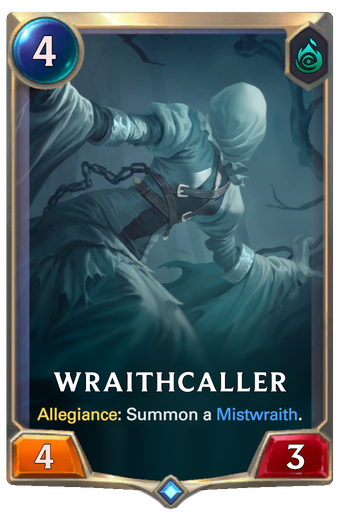 Kinkou Wayfinder summons two 1-cost allies from your deck, such as Navori Bladescout or Sparring Student. They don't have to be from Ionia, but you are supposed to be showing your Allegiance, are you not?

Sumpsnipe Scavenger provides a free Sumpworks Map card, to give an ally Elusive. Elusive is a powerful keyword for dodging enemies or to block another Elusive unit.

Vanguard Bannerman grants +1/+1 to all allies, including himself. That brings the Bannerman up to a respectable 4/4, but the benefit is compounded for each ally on the table; build a wide board!

Wraithcaller summons a Mistwraith, which in turns boosts all your other Mistwraiths. Build a proper Shadow Isles deck and flood the board with Mistwraiths!