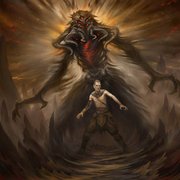 My name is Jaybaseball1, and I am a dedicated Hearthstone player and distance runner. As an employed student among many other things, I have very little spare time, but I have still put up some decent legend finishes in both formats, with my highest finishes being 1995 in standard, and 176 in wild.

I started playing Magic the Gathering in 2013, which eventually led me to Hearthstone in early 2016. At the time, the League of Explorers adventure was the newest thing out, and we were heading into the Whispers of the Old Gods release. All of my friends were excited, and upon release, I got my first build around legendary - C'Thun. Boy did I love C'Thun. My first deck ever was C'Thun warlock, and it was just as terrible as it sounds, but it was so much fun! In no time, I was hooked, and here I am today, over 3 years later in 2019, still avidly playing Hearthstone.

Oh, and if you're interested in my avatar, it represents my favorite Magic the Gathering card, called Death's Shadow. Death's Shadow is a 1 Mana 13/13 that has -x/-x, where x is my life total. Building a deck around this card is hard, because you have a lot of suicide effects that do broken things, but you need to manage your life total and be careful not to be cheesed out of the game by say, a Lightning Bolt. (Which is the same card in MTG as Hearthstone, I'm realizing now!) This is also why my favorite class in Hearthstone is probably warlock, especially handlock, because it is of similar nature.

Anyways, this bio is already way too long. If you ever want someone to talk/play with or whatever, add me! My tag is Jaybaseball1#1802. See you out there!