While we’re waiting for Legends of Runeterra to return for closed beta during Q1 we’ve got some time to go back and take a closer look at the different regions that are currently in the game. If you haven’t done so already make sure you register at the LoR website for your chance to join the game when it’s available again.

For the first region we’ll look at the Shadow Isles. It used to be a nice place to visit, but after a magical catastrophe it is now filled with death and doom. Anything alive will slowly wither and eventually join the army of spirits and ghouls that toil the cursed land. The Black Mist that covers the isle is tireless and always ready to welcome the next unfortunate soul to its ranks. 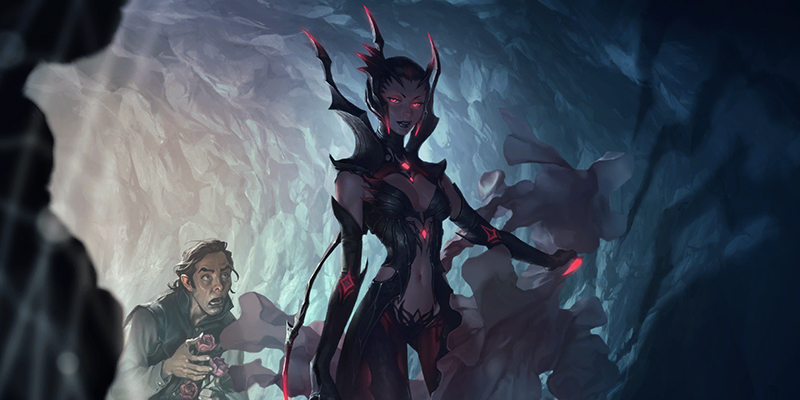 Elise just wants to be your friend. I'm sure there's nothing nefarious going on here.

As you would expect, the Champions for this region serve as a grim reminder of what happens to those who linger too long in this dying land. 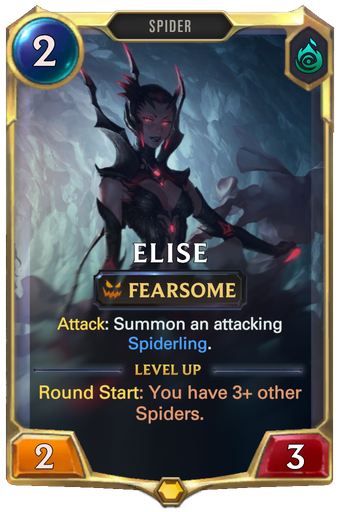 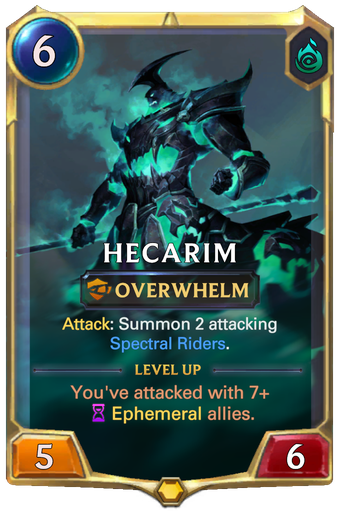 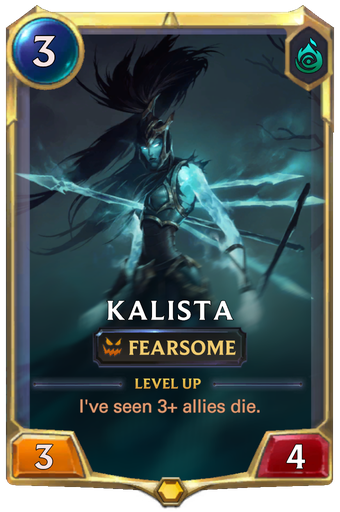 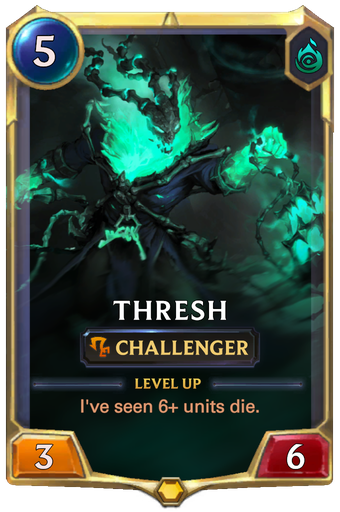 And just so you can see how terrible they can become when they are living up to their full potential take a look at these upgrades. 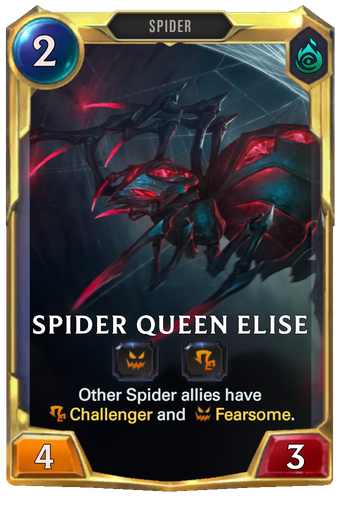 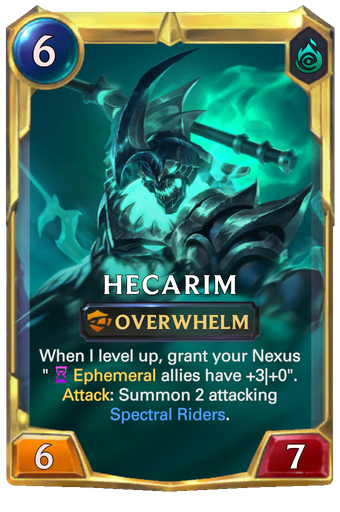 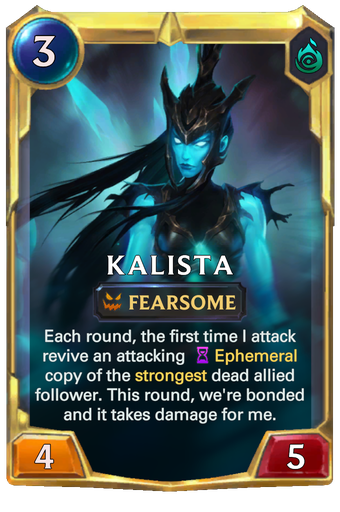 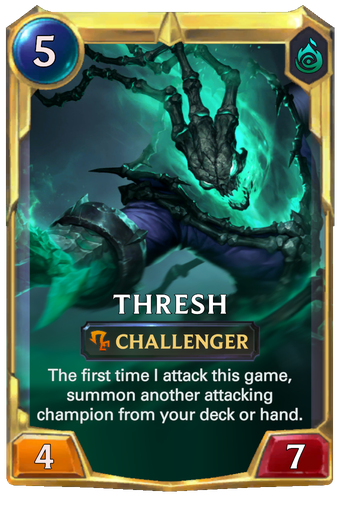 Surrounded by so much darkness it’s no surprise that the mechanics of this realm focus on killing things and then bringing those things back from the dead. The primary keywords you’ll find for the Shadow Isles are Fearsome, Ephemeral, and Last Breath. You’ll find an adequate arsenal of removal spells for your opponent, but also quite a few that require sacrificing your own followers to further your devious schemes. There are a handful of Ephemeral critters that pop up for a turn before retreating to the darkness. Lastly, any place as gloomy as this wouldn’t be complete without a swarm of spiders to remind you the whole area should be nuked from orbit. 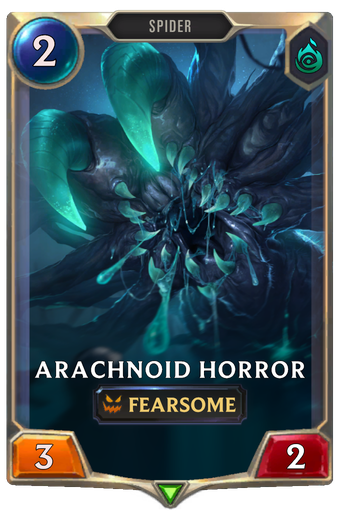 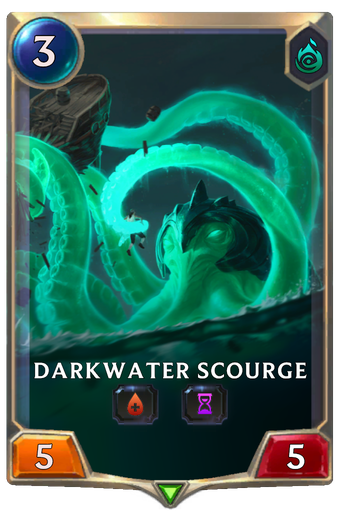 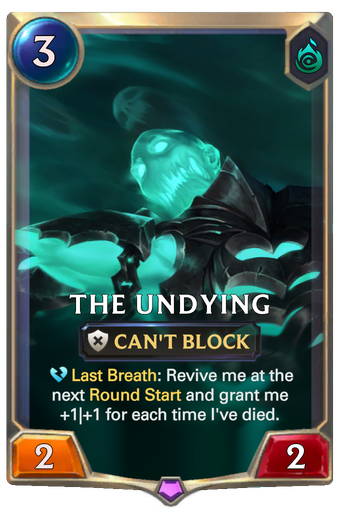 In the video below you’ll get to see CHARM3R in action trying to abuse the Ephemeral mechanic as much as possible.

Here we’ve got one of the decks played during the last Preview Patch which focuses on spider tokens to overwhelm your opponent.

If you’re looking for a good partner for the Shadow Isles you can take Noxus for some additional spiders and the ability to help you push through with your Fearsome units. Ionia contains several more Ephemeral cards if you would prefer to go that route. Freljord has quite a few Last Breath cards to add to your arsenal if you’re interested in killing and reviving your own stuff. 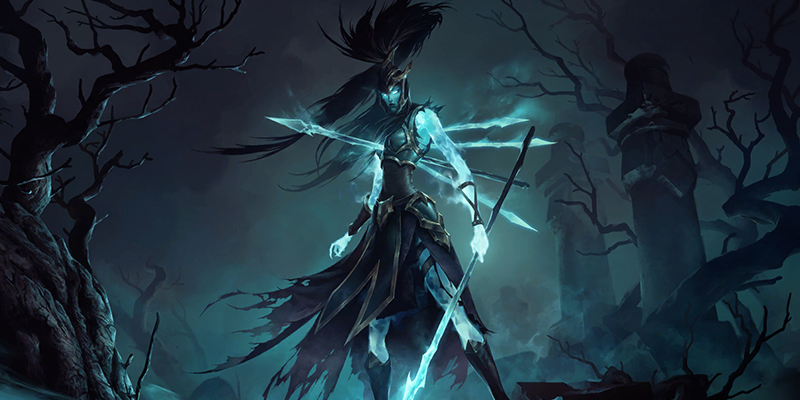 Nothing suspicious here. Just a couple of spears stuck in me, but nothing to worry about.

What was your favorite deck for the Shadow Isles? You can use our Runeterra Deckbuilder to create your best deck or theorycraft something new. Be sure and share your experience in the comments below!