Announcement of an announcement! Riot had some big news to share with us today as the reveal stream for the next expansion was announced to take place on Wednesday, August 17 at 9 AM PDT (12 AM EDT, 6 PM CEST). We also got a lot more information about the expansion already, most notably:

You can read the full announcement below.

Get ready for the reveal of Legends of Runeterra’s next expansion.

The new expansion introduces a darker side to the land of Runeterra and includes five new champions, as well as a new card type and over 65 collectible cards! 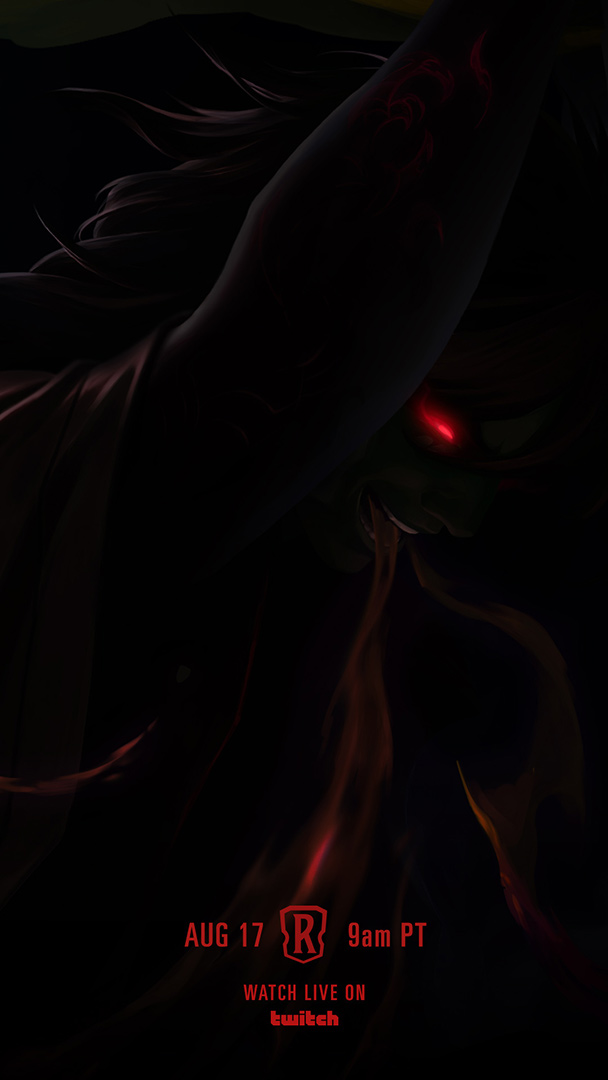 To kick off spoiler season, join us on Wednesday, August 17 at 9:00AM PT for a live, interactive reveal stream hosted by Casanova (@CasanovaCasts) and Blevins (@The_Blevins)! In this stream, we’ll be announcing the next expansion, revealing a new champion, and we’ll have a sneak peek behind the scenes with some special insights and commentary from the expansion’s lead designers!

Catch the stream on our Twitch channel!

You’re not going to want to miss the live event, but if you can’t make it, don’t worry! The day 1 card reveals will be available on Mobalytics, DAK.gg, and many other partner sites a few hours after the stream ends. After that, tune in every day on official Legends of Runeterra social channels for daily reveals leading up to the release of the expansion later this month!