Happy birthday, Mythgard! Yesterday marked 3 years since the game entered Open Beta and became available to the larger public. Last year, we wrote an article looking back at the game's first year on the market (we counted since Rings of Immortality released, in case the math doesn't add up). Things have changed a bit since then, with Monumental acquiring the game and planning a relaunch at some point in the future.

To celebrate both the game's longevity and the original developers, Rhino Games, Monumental is giving away some free goodies. In the Store, press on the Redeem a Code button, and type in the code THANKSRHINO (it's case sensitive) to receive the following:

Players on iOS devices will have to find another way to redeem the codes, thanks to Apple policies. Thankfully, playing the game straight from the browser is an option! 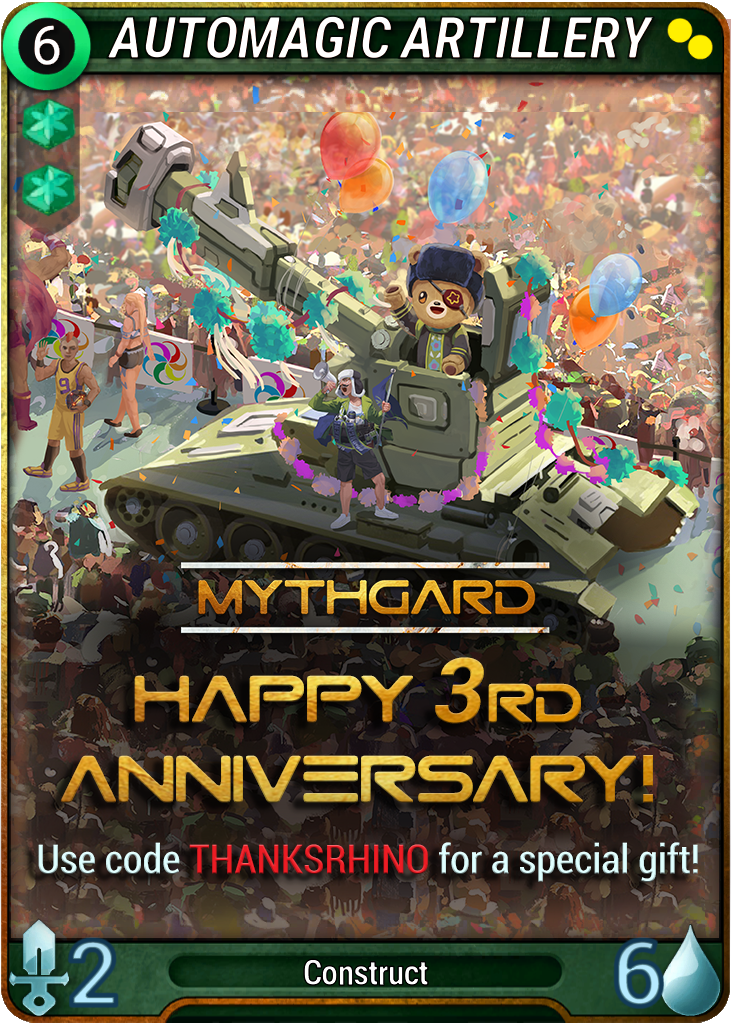 Did you pull anything fun from you packs? Where do you hope to see the game on its 4th birthday? Let us know in the comments below!

Monumental’s Co-founder Answers Some Questions Regarding the Company, and Reveals Mythgard’s Next Expansion - Elemental Uprising