MARVEL SNAP's newest featured location, Warrior Falls, has inspired an assortment of strategies over the past day, but there's still time to take advantage of its increased appearance. With that in mind, we've put together a list of decks that can win at Warrior Falls for players in every level of Collection: from the very beginners to those whose collection is near completion. 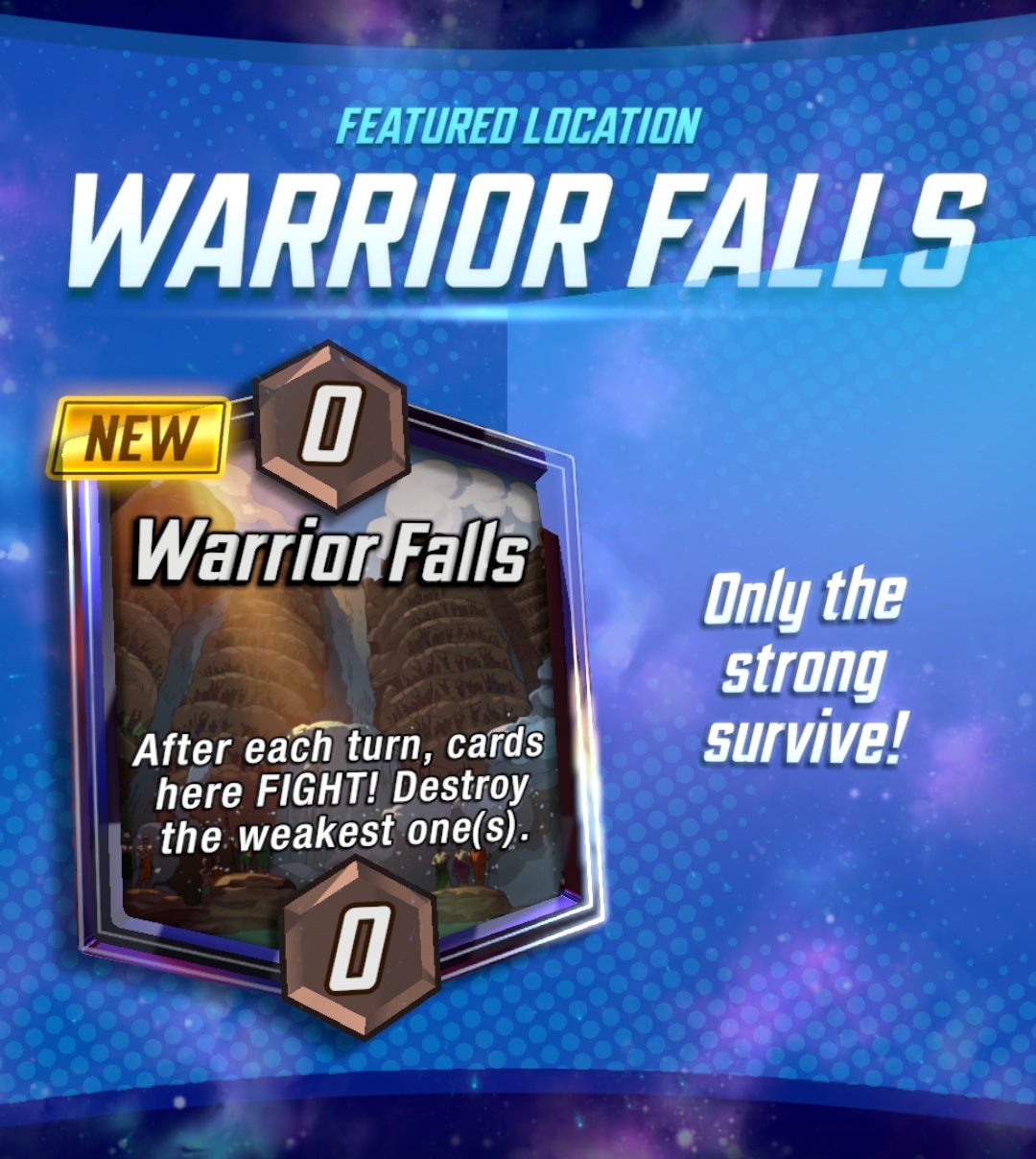 As a featured Location, Warrior Falls will have a 40% chance to appear for 48 hours, from 7 PM PT Tuesday night to 7 PM PT Thursday night (2 AM UTC Wednesday to 2 AM UTC Friday) - that gives us just enough time to try out these decks that want to see it more often.

To start us off, we've got a pretty normal Ongoing deck from Pool 1. With Lizard and Namor it's got some good bodies that can contest Warrior Falls on their own, freeing you up to play for the other locations. Klaw, Mister Fantastic, and Spectrum will add power to key locations without having to actually be there.

If large dinosaurs are more your thing, then we've got this Pool 1 Devil Dinosaur deck to dominate Warrior Falls with a single card. If you're not a fan of the Featured Location (or if you're dipping into Pool 2 and worried about Shang-Chi), there's an Armor to keep anything bad from happening.

Our first Pool 2 deck is one that's trying to keep its opponent out of as many locations as possible: with Storm and Professor X, of course, but also with Ebony Maw, who can deny your opponent a foothold on Warrior Falls until the final few turns. And, if they do take it from you, you'll probably be able to take it back with Shang-Chi.

This Destroy deck from Youtuber TLSG wants to blow up its own stuff on Warrior Falls, and has a pretty neat synergy with Sabretooth, running Moon Girl to copy a 0 Cost 4 Power body for the final turn - and they'll have 6 Power each if you use Forge as part of an earlier combo.

While Deadpool has some true synergy with Warrior Falls, we instead decided to show off a Pool 3 Ramp deck that plays Electro to the Featured Location in order to get him killed off so it's no longer shackled by the downside. The deck has a number of large cards to play with its extra Energy, including Aero, Magneto, and Doctor Octopus, who can all either be used to protect your stake in Warrior Falls or pull your opponent's stuff there to be destroyed. And, thanks to all the destroying Warrior Falls can do, Death seems like a solid inclusion.

Having fun with the featured location? Let us know in the comments below!