Sauron is the newest card coming to Series 5 of MARVEL SNAP on January 10. In honor of this occasion, we've broken down his comics history, looked at the card's best potential synergies, and theorycrafted some decks that feature Sauron. 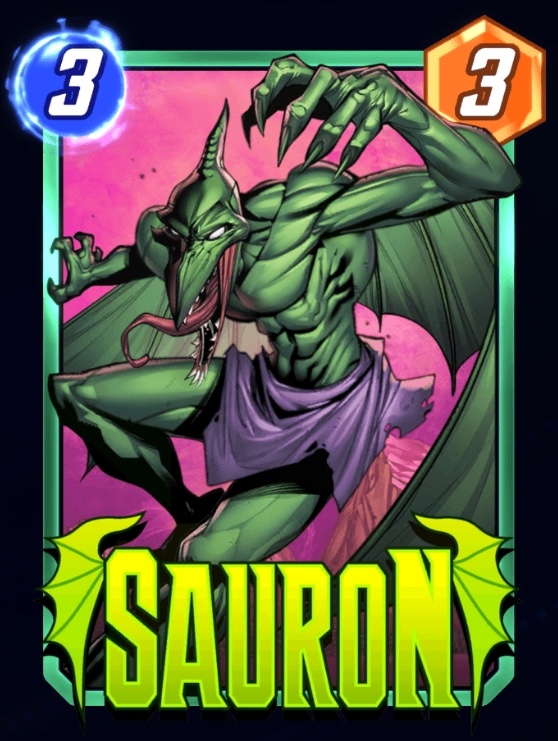 On Reveal: Remove the abilities from all Ongoing cards in your hand and deck.

Sauron removes all abilities from every Ongoing card in your hand and deck, which makes him a bit like an extra Zero for the kinds of decks that like to run large bodies whose downsides, for the most part, can be removed by silencing them. This makes it pretty simple to find good synergies for Sauron because, for the most part, they're cards that have proved to be very good in decks that run Zero. 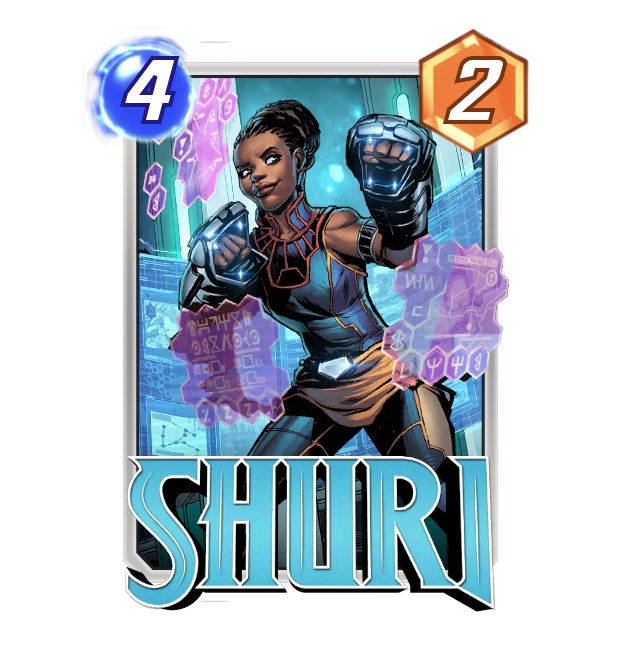 On Reveal: Double the Power of the next card you play.

There aren't a lot of cards with Ongoing abilities that you'd like to remove, but the ones that do have one thing in common: they're all over-statted for their cost, to some degree. As we've seen in some Zero decks that dabble in Pool 5, Shuri is a great card for those decks, doubling the Power of cards that were already fairly big to begin with. 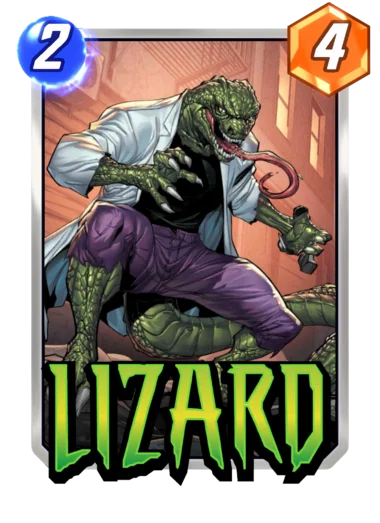 Ongoing: -3 Power if your opponent has 4 cards here.

Lizard is the card with the lowest floor when it comes to Sauron, rewarding us with a mere 5 Power when we erase his Ongoing drawback. Still, 5 is the most base Power for any 2-Drop. 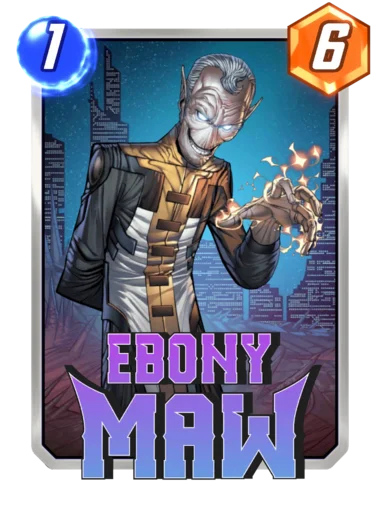 Ebony Maw is the trickiest card to play in Zero decks because the ability that keeps you from playing him doesn't get wiped away by Zero. Zero doesn't wipe a card's abilities until after it's been played and Ebony literally cannot be played after turn 3. Enter Sauron, who removes ALL abilities on Ongoing cards, which means that now you can play your 7 Power card for 1 Energy at any point in the game. 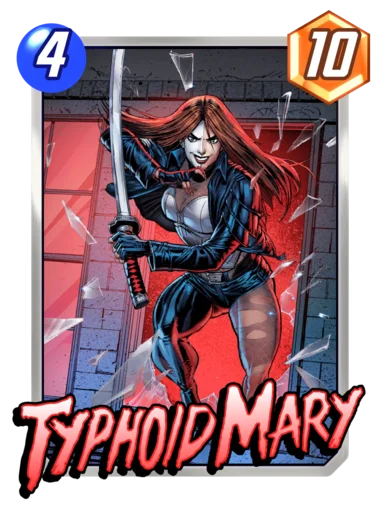 Ongoing: Your other cards have -1 Power.

Like Zero, Sauron will wipe away the disease that Typhoid Mary inflicts on your other cards, and does it preemptively so you can curve from Sauron on turn 3 into Mary on turn 4. 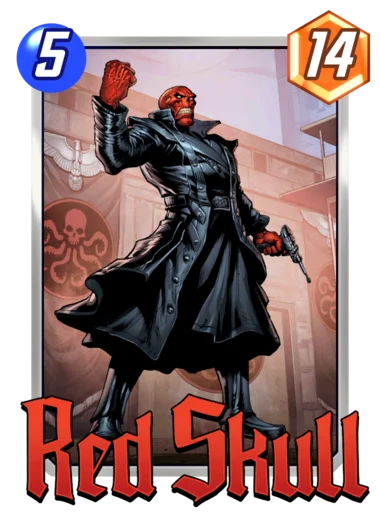 Ongoing: Enemy cards at this location have +2 Power.

The reason Red Skull tops this list is simple: he has the most Power. The dream curve for a Sauron deck, we're assuming, looks something like turn 3 Sauron followed by Mary on 4 and Red Skull on 5.

To go with our synergy picks, we've theorycrafted three decks that could do powerful things with Sauron. As always, this comes with a caveat: as a Series 5 card, Sauron is going to be a very, very rare drop from Collector's Reserves and, unless you're ready to drop 6000 Collector's Tokens on an unproven card, he's unlikely to become a part of your (or our) collection any time soon. That being said, let's look at these decks.

As a card that removes Ongoing effects, Sauron fits like a glove into Zero decks that run a lot of cards with detrimental Ongoing effects. Playing Sauron completely erases the drawback of a big body like Typhoid Mary, letting you focus on using Shuri to double their Power and then copying that Power with Taskmaster.

Sauron is teaming up with fellow vampire Dracula in this Death list that runs big bodies like Red Skull and She-Hulk to play alongside Death after a turn 5 Wave, or can sit in hand for Dracula to discard at the end of the game.

Our final theorycraft is a twist on the Hela decks that discard lots of big bodies only for Hela to resummon them on the final turn. Thanks to Sauron, we can include Typhoid Mary, then use Colleen Wing to discard the 4-Drop.

Who is this winged menace who stalks the skies of the Savage Land, and what are his thoughts vis-a-vis turning people into dinosaurs? Let's find out!*

Mild-mannered geneticist Dr. Karl Lykos was taking a lovely little trip to the Savage Land with his beloved, Tanya Andersson, when he was attacked and bitten by a mutant pterodactyl. From this bite he gained the power to siphon energy from others, and became a hypnotherapist to support his addiction to human quintessence. Somewhere down the road, he absorbed the energy of the mutant Havok, and was transformed into a giant Pteranodon named Sauron.

As Sauron, Karl attempted to kill Tanya but was stopped by the X-Men. When he reverted to human form and realized what he had tried to do, Karl fled to the Savage Land, where he made friends with Ka-Zar, Zabu, and Shanna the She-Devil. As Dr. Lykos, he was a pretty nice guy, but every once in a while he would transform into Sauron who, you might have inferred, was not. Over the years, Sauron would continue to pop up to harangue the X-Men and was always defeated.

In perhaps his most infamous appearance, Sauron showed up in New York City and stole dino DNA from a museum, planning to use it to turn every human on the planet into a dinosaur. Spider-Man, who happened to be in the area tutoring at-risk Mutants, confronted Sauron and tried to reason with him:

Sauron has been, and will continue to be, a thorn in the side of the X-Men, materializing from the shadows to siphon energy and  turn people into dinosaurs.

*We covered the history of Sauron more deeply in an article that went out when Sauron first appeared (mysteriously) in the game client: Who is Sauron?

How do you feel about Sauron? Share your thoughts on the new card in the comments!