We're diving into the monthly address a little late because we've got a special milestone to celebrate. Today, March 11, marks the anniversary of putting HearthStation online (and the real Birthday of Hearthstone, it is not a coincidence). It isn't a date we'll be celebrating every year, but we'll certainly need to run something special this May for the official launch of Out of Cards.

For some of you, you may not have known what HearthStation was and even to this day, some people may have been confused as to why HearthStation even existed. HearthStation was the precursor to Out of Cards, though it was disguised as a test because we weren't certain when our previous home was going to go offline due to the parent company who owned the site being amazing at managing.

Though we won't dive into all that because I'd like to keep things positive and it's been beaten to death by this point, I'm proud that we're able to keep things consistent, pretty, fast, and engage with the community on a level we couldn't before.

Due to that, we're continuing to grow and are incredibly thankful that people have continued on this journey with us and appreciate quality content. If you love us as much as we love you, consider telling a friend to come visit - spread the good word!

We've got an update on Out of Cards Premium! Our landing page was recently redesigned to make it more clear how to support the site and which benefits you receive for being a supporter. You should check the page out and if you love the content we produce, consider contributing a couple of dollars per month, the cost of a cup of coffee, to help us pay the bills.

Our adblock rate is crazy so if you can't support monetarily, please consider disabling your adblocker, even if it is just for a couple of days to see the ad-supported experience and then make your own call. Unfortunately for us, although much of this is a labor of love as things always will be in the gaming space, there are real costs involved! Ads take up a bit of your screen space to help us monetize and continue to not only provide but also improve the Out of Cards experience. Plus, if you ask me, we're doing ads better than many other sites which should lead to less nonsense on your end.

It is also worth mentioning that I've been asked a few times which support method is the best to use, whether you should simply disable an ad blocker, use Patreon, Twitch, or PayPal. The fewest fees we get charged are through PayPal, so if you want to purchase 6 or 12 months of any tier of premium in advance, that not only gets you a bit of a discount but we also get more out of it in the end. Simply unblocking ads is cool with me though!

If you can't support monetarily each month, I get it. Taking part in the discussions here, giving us your feedback, creating your own great content on the site, and showing your support for the community by voting on good creations helps build the community which ultimately makes us grow, so we consider that a good way to support what we're doing too <3

We saw a few updates hit the site during the short month of February to fix some bugs but the real highlight was the introduction of the Hearthstone Fan Creations Card Design Competitions! A dedicated system to make entering and maintaining these fun competitions is the first of its kind in the Hearthstone community at large and only the first step we're taking in the Custom Hearthstone direction. Although we don't have anything else to share right now for our future Fan Creations plans, it is a very important topic to us and we want to make sure we do it right.

If you read the update from last month, you're wondering where the promised Hearthstone collection manager is. This was originally scheduled as our second large update in February and I probably could have done a better job at communicating why we missed the release window. Well, there's a few reasons, but I can't go into all of them just yet. One of them though is the uncertainty of what is happening with Hearthstone in the new year.

We've been teased that Hearthstone is going to have a crazy year and it makes me hesitant to put collections out there, just in case anything needs to be changed. It would be easier to make any possible changes to it before pushing it live so I'm holding off on that until we have all the Year of the Phoenix news. It sucks, but I think it is the right call given the secretive nature of the upcoming year. It may partly be due to biased thinking and wanting to see them change something significant with collections or the economy, but we're only maybe a week out at this point from the announcement, so sit tight!

Like I said though, that isn't the whole picture and I'm hoping I can share some additional details on that real soon!

Overall though, I'm happy with what we achieved in February, it was an important growth month for the site as we prepare for the onslaught of a new Hearthstone expansion, Magic expansion, and whatever plans Riot has for Runeterra.

We're already a third of the way through March which is sort of crazy! We've pushed a couple of updates that improved or fixed existing systems but nothing new yet.

I won't be going into details yet for the March site update plans but what I can tell you is I'm expecting one large update, due shortly after Blizzard's announcements. We'll follow that up with more minor updates to fix any issues that arise and if it works out, a new Battlegrounds-focused feature may hit before April as well. The large update should help everyone out for the new expansion, so I'm excited to get that out into the wild =)

You've likely seen more news posted on the Magic Arena front over the past few weeks. This is the very early start to covering the game, getting ourselves more established into the space before the tools arrive. I'm not certain exactly when we'll have our deckbuilder, decks, and cards database available, but it is something we want to get to sooner rather than later because it would aid us a ton on the content creation side. I know there's some of you out there waiting ever so patiently, and I thank you for that.

Speaking of content creation, if you love MTG Arena and want to share your knowledge with the community, we're looking for a couple of more volunteers to add to the team to help publish updates for the game and keep the discussion flowing on our forums. If this is something you'd be interested in, please send me a message on Discord (Fluxflashor#0001).

Riot's card game, Legends of Runeterra, has been a wild ride so far. It's been great to see a developer properly address the needs of its population by consistently responding to feedback and having a patching process that pushes game updates on a regular basis. Go figure, people like sanity.

We've continued our coverage for the game and are still looking for ways to improve not only the content we're delivering to everyone but also the full package experience here on Out of Cards. If there is something you want to see us do for the game, please let us know! By knowing what you want to see the most out of us, we can be a better resource for you.

We'd also love to find a couple of new team members who want to help cover the game. It can be as simple as helping us find great decks to share with the community or simply creating fun content. We're a fun bunch and if you're interested, we're not doing an open application process, but you can send me a message on Discord (Fluxflashor#0001) and we can chat.

Out of Cards Survey

We're asking everyone to consider taking part in our site survey. I don't anticipate it'll take you more than 5 minutes to take part in it so please take a little bit of your valuable time to help shape the future of the site you love. We've focused the questions on both content and features of the site. Your responses are anonymous unless you give us your username, so please be honest!

You can use the tiny embed below, or find the survey through this direct link.

It's been a great past month and every single day that goes by, I know Out of Cards was a risk worth taking. I said last month that we were continuing on a strong path forward for the year and everything I've seen so far has kept true.

I'm proud to call this site home and that happy that many others do as well. Continue being awesome, everyone.

A Letter From Flux 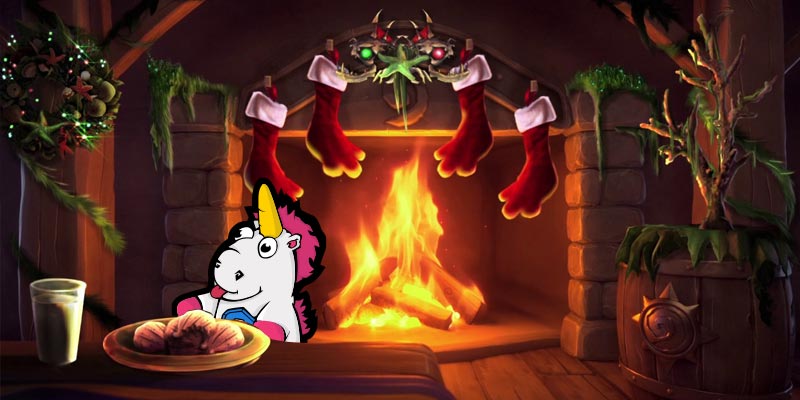 Merry Christmas and Happy Holidays from Out of Cards 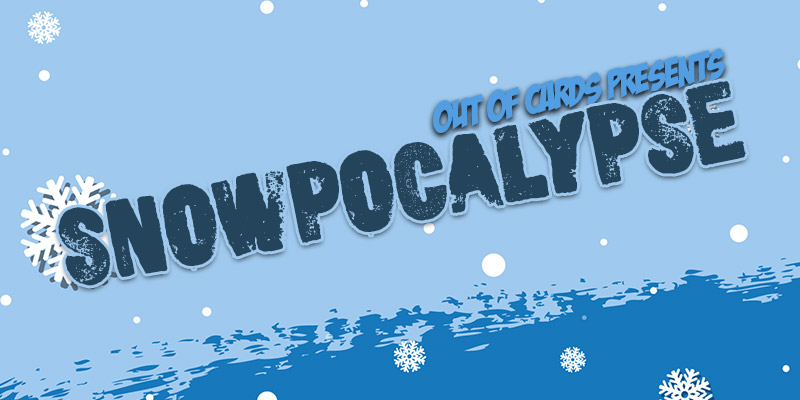 SNOWPOCALYPSE - Out of Cards Celebrates Winter! 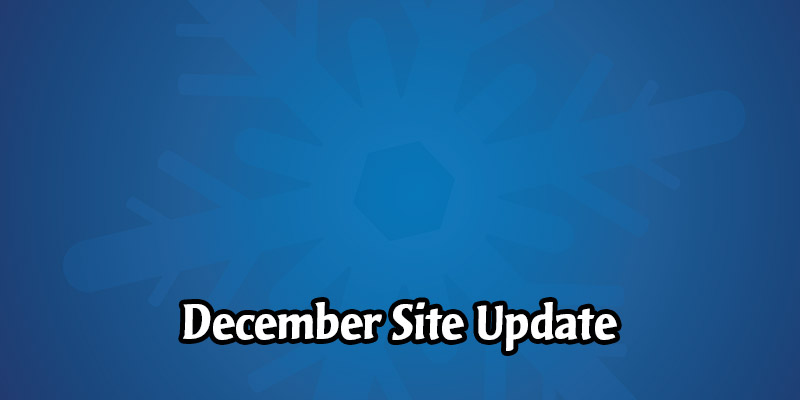 The Out of Cards December Update - Holiday Event, Premium, Social, and Looking For Writers